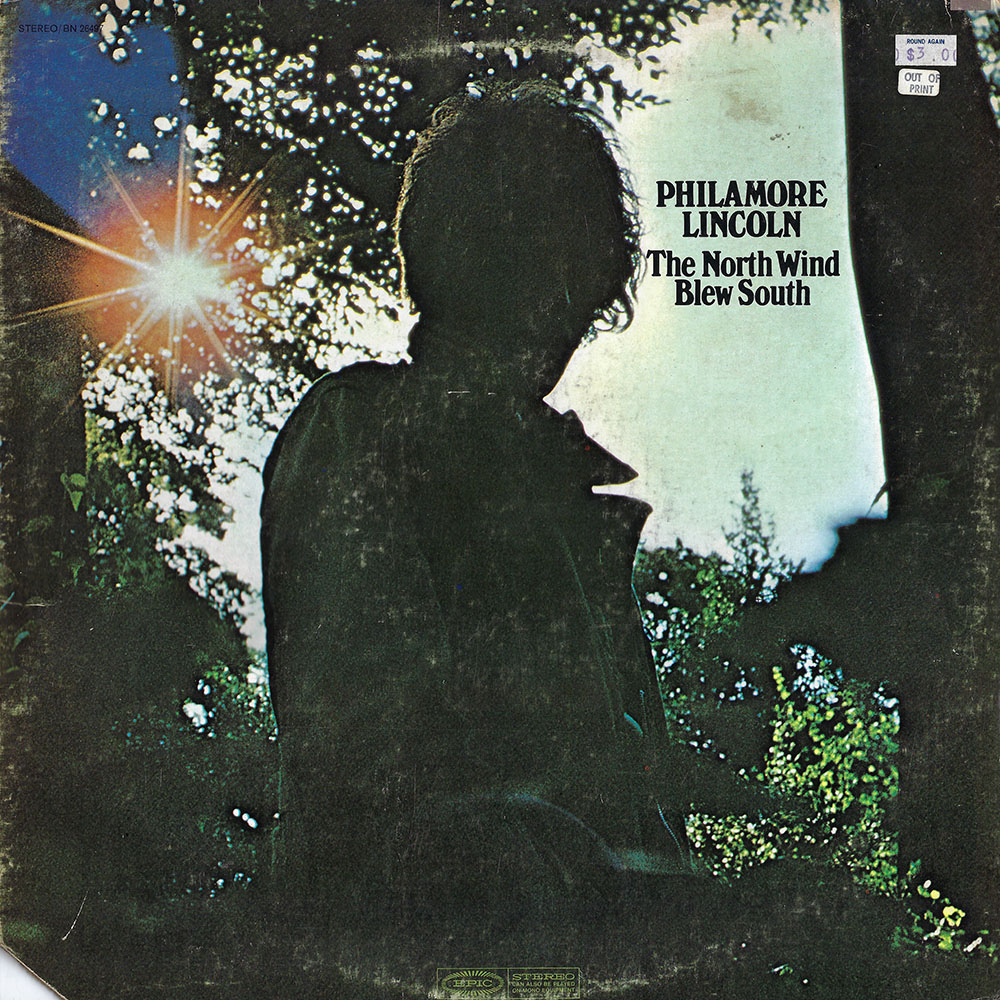 A name like Philamore Lincoln would seem enough to intrigue a potential record buyer into a blind buy. Yet Philamore’s lone album, The North Wind Blew South, released on Epic in 1970, has remained an obscurity over the decades, garnering curiosity only among collectors of the pop-sike genre. Born Robert Cromwell Anson, he took multiple identities during his career as a musician — Phil Kinorra, Julien Covey, eventually settling on Philamore Lincoln. An added layer of mystery comes from the missing musician credits on the album, which states only Philamore as the composer, though speculation has claimed a number of musicians contributed to the album including Jack Bruce (Cream), Jim Capaldi (Traffic), Keith Webb (Donovan), John McLaughlin, Pete Wingfield (The Hollies), Herbie Flowers (David Bowie), Graham Bond (Ginger Baker’s Air Force), and most notably Jimmy Page, who shines on a guitar solo in the orchestral psych tune “You’re the One.” While the album offers a few windows into Philamore Lincoln’s past (and previous aliases) as an R&B and blues rock player, the bulk of the album features moments of magic with airy and soft psychedelia, flourishes of baroque instrumentation, and a gentle delivery that only seems to add to his mystical persona and appeal.

Recommended – A1 The North Wind Blew South, A2 You’re The One, B1 Temma Harbour, B2 The Plains Of Delight 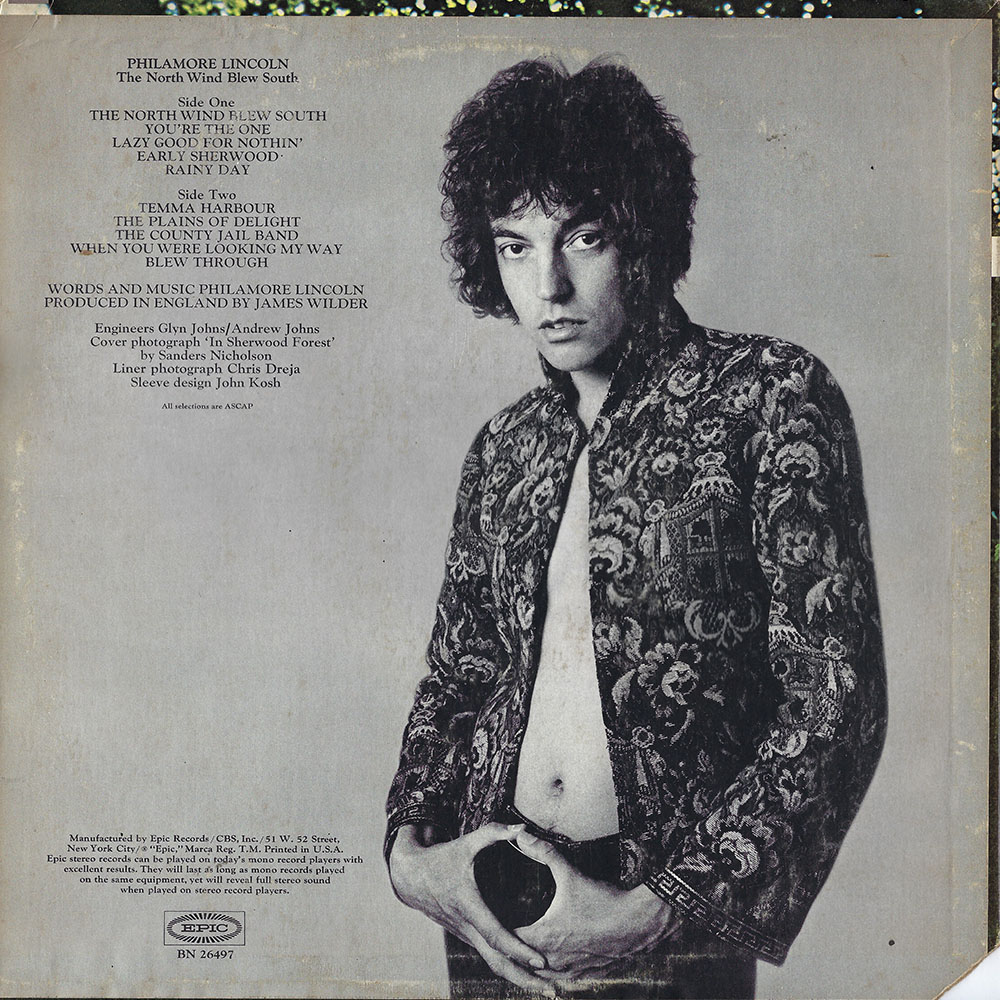 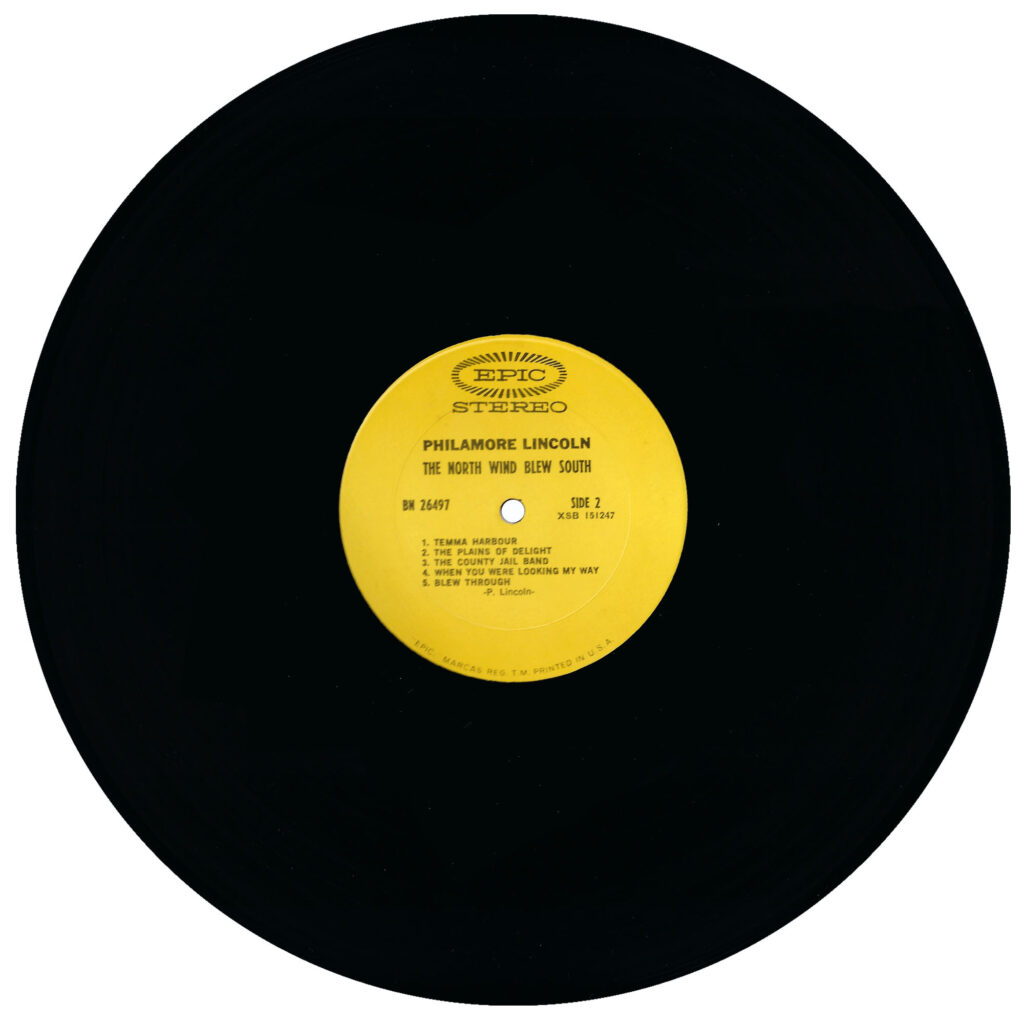 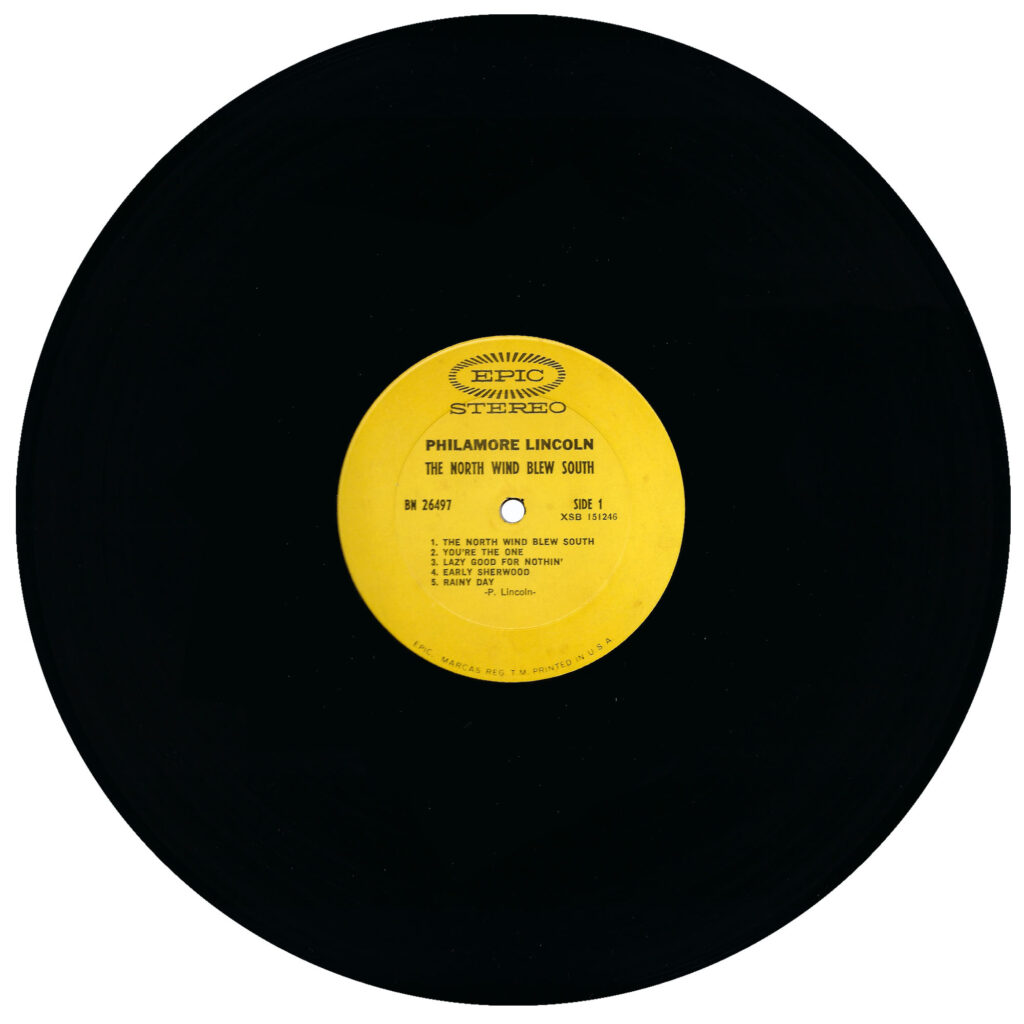