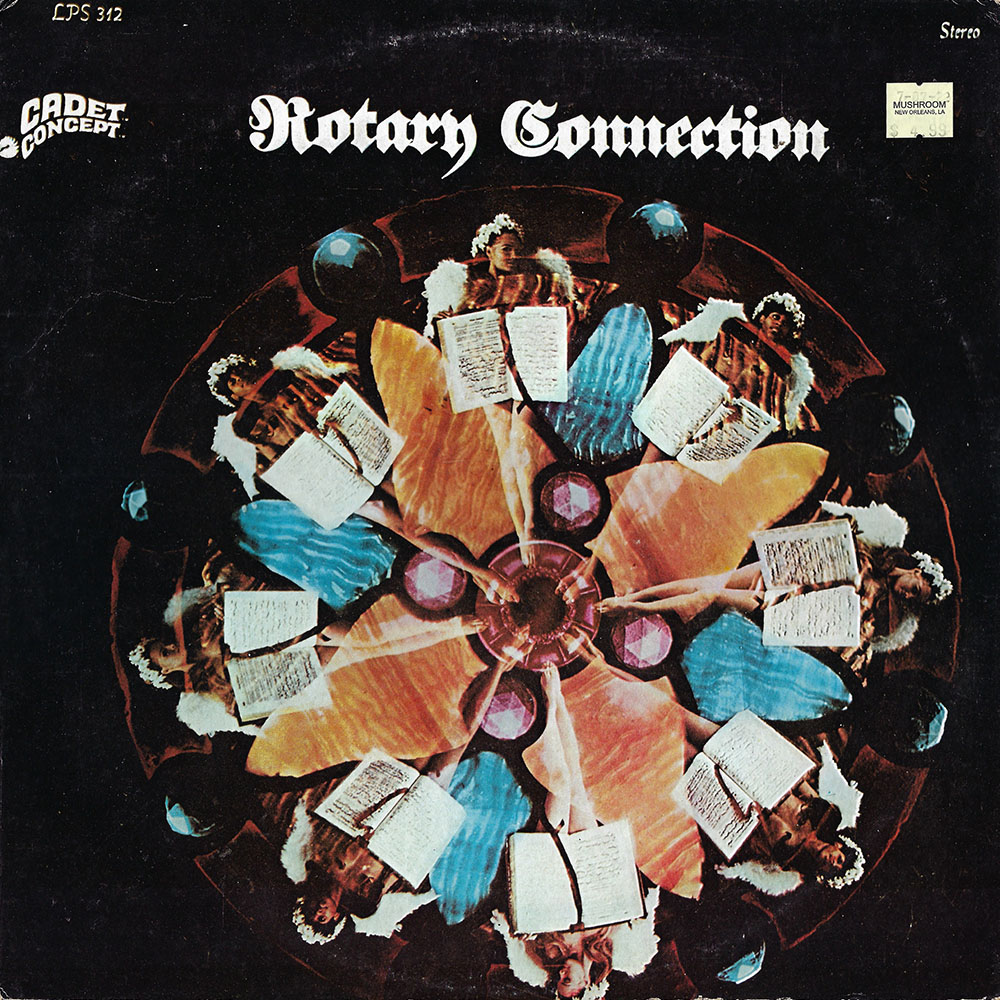 Arranged and produced by the great Charles Stepney (The Dells, Ramsey Lewis, Earth Wind & Fire), The Rotary Connection was a Chicago-based acid rock meets soul jazz group formed by combining little-known white rock group The Proper Strangers with the voices of Black singers Sidney Barnes and Minnie Riperton. Their classic self-titled debut launched Marshall Chess’ Cadet Concept, a sub-label of Chess Record with the specific goal of exploring music outside of the blues and rock genres. The album remains the group’s most experimental release and mixed not only rock, soul, and pop, but also incorporated Eastern elements and The Chicago Symphony Orchestra. B5 “Memory Band” would later be famously sampled on the intro of A Tribe Called Quest’s “Bonita Applebum.”

Trip 1
A1 Amen
A2 Rapid Transit
A3 Turn Me On
A4 Pink Noise
A5 Lady Jane
A6 Like A Rolling Stone
Trip 1 (cont.)
B1 Soul Man
B2 Sursum Mentes
B3 Didn’t Want To Have To Do It
B4 Black Noise
B5 Memory Band
B6 Ruby Tuesday
B7 Rotary Connection