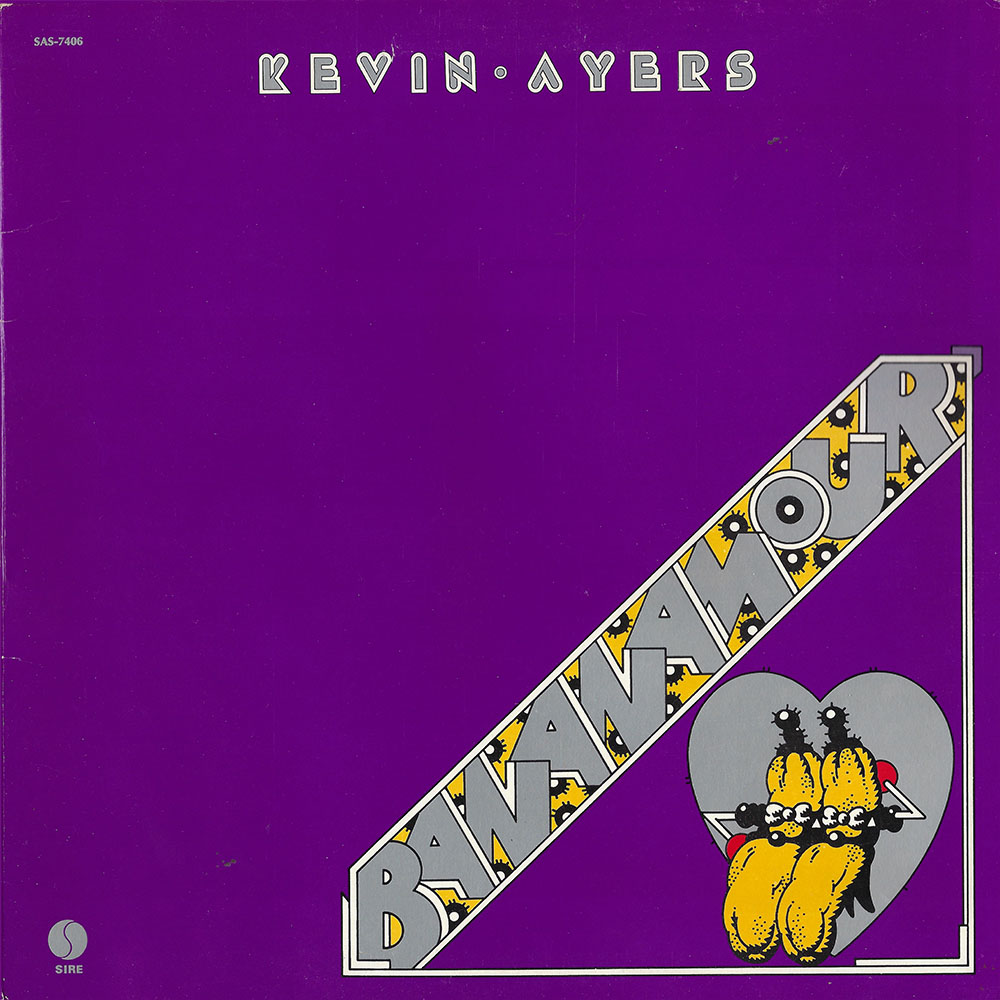 Psychedelic rock pioneer Kevin Ayers was the first member of legendary Canterbury group Soft Machine to launch a solo career. His four albums on Harvest remain unheralded prog-rock gems. 1973’s Bananamour is the last of these albums and remains the most accessible whilst still holding on to his relentlessly eccentric approach. On this record, Ayers splits from his Whole World crew to reunite with ex-bandmates Robert Wyatt, Mike Ratledge, Archie Legget, and Gong guitarist Steve Hillage. Highlights include Ayers’ most beloved tune “Shouting at a Bucket Blues,” a breezy meditation on musical and romantic frustration, his charming Syd Barrett tribute “Oh! Wot a Dream,” and, of course, the hypnotic standout “Decadence.” The eight-minute album centerpiece is an opiate and atmospheric ode to Velvet Underground heroine, Nico, featuring mazy referential lyrics, liquid transcendental guitars, and buzzy synthesizers that swell into an extremely hypnotic crescendo. Highly recommended for fans of his more celebrated collaborators Nick Drake, Syd Barrett, Robert Wyatt, and John Cale.

Recommended – B1 Decadence, A2 Shouting In a Bucket Blues, Full Listen

A1 Don’t Let It Get You Down
A2 Shouting In A Bucket Blues
A3 When Your Parents Go To Sleep
A4 Interview
A5 International Anthem
B1 Decadence
B2 Oh! Wot A Dream
B3 Caribbean Moon
B4 Hymn
B5 Beware Of The Dog

Bo Hansson – Music Inspired By Lord Of The Rings 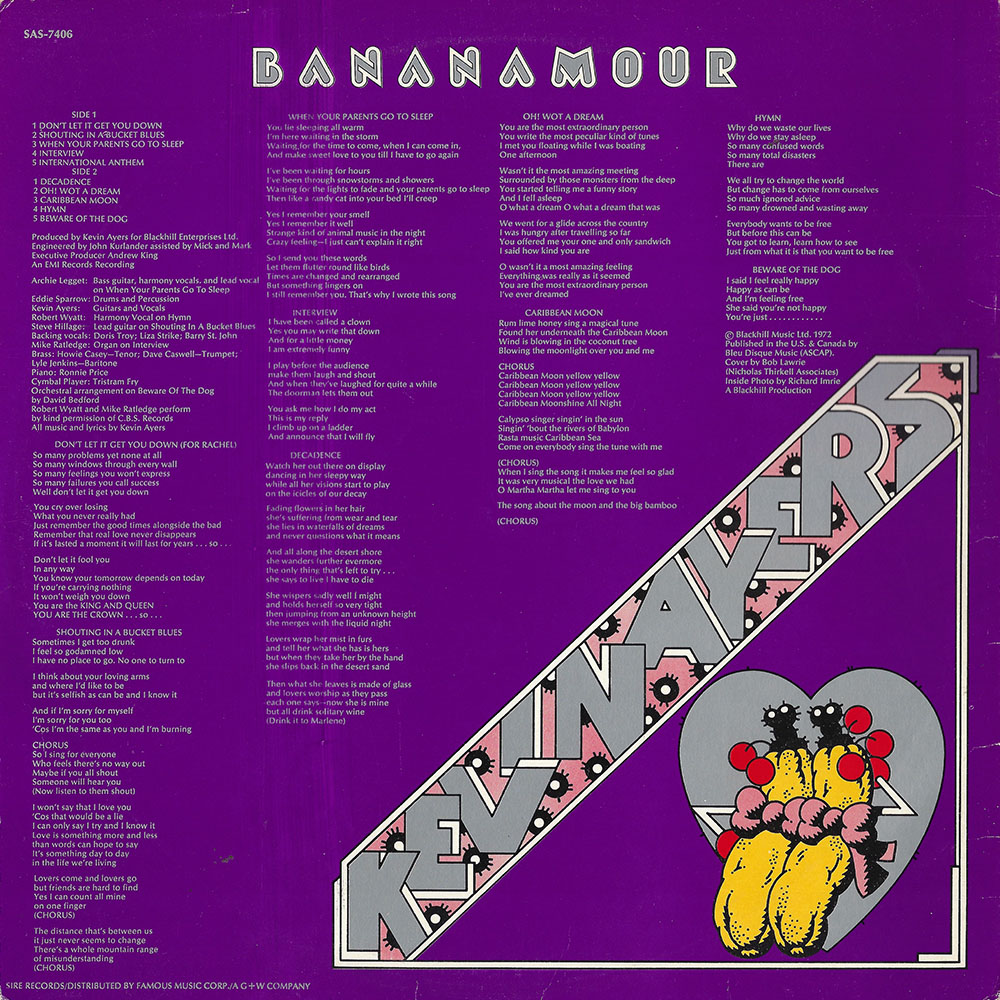