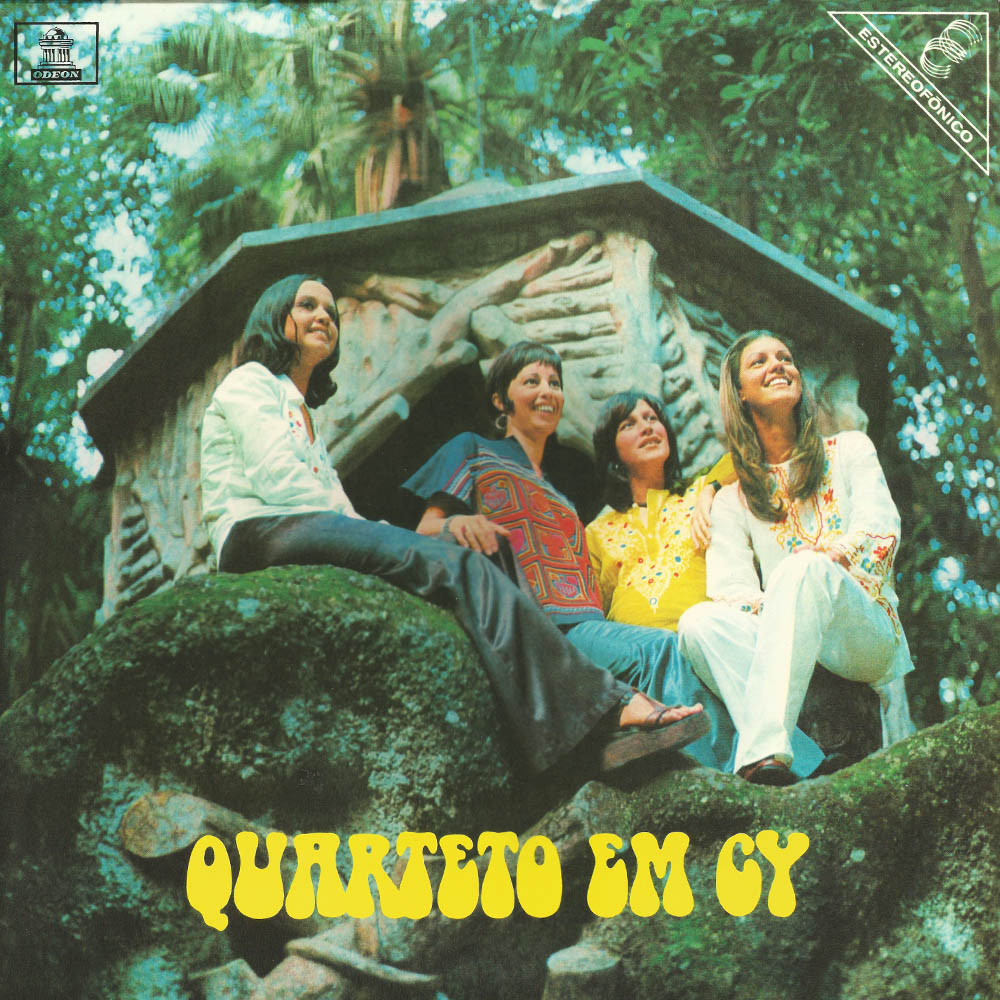 Quarteto em Cy’s story is as wholesome as their sound. Four singing sisters Cybele, Cylene, Cynara, and Cyva grew up in a verdant tropical inland town in Bahia, Brazil. After one sister moved to Rio in 1959, she managed to convince the others to follow and they quickly started to perform in storied clubs like Zum-Zum and became the darlings of the bossa nova scene, landing a record deal with Elenco, a prominent label who signed bossa nova legends like Astrud Gilberto, Antonio Carlos Jobim, and Maysa.

This debut record was an instant hit and sent the sisters touring the world. The record opens with the beautiful “Quando o Carnaval Chegar” which follows the soft percussive style emblematic of bossa nova, with drummer Rubinho doing a masterful job of gently setting a structure that the sisters bring alive. The quartet’s vocal harmonies are extraordinary, particularly because they layer seamlessly like one multi-tonal voice. A few tracks in is another classic “Tudo Que Voce Podia Ser” which is a brilliant bit of sequencing and a refreshing upbeat change of pace from the opening tracks with a funky beat that brings it into MPB territory. It’s a beautiful full listen and an important precursor to what would become the tropicalia movement a few years later.

A1 Quando O Carnaval Chegar
A2 Talvez
A3 Cavalo-Ferro
A4 Tudo Que Você Podia Ser
A5 Incelensa
B1 Sapato Mole
B2 Underground
B3 Antes Da Primeira Hora
B4 Zanga, Zangada
B5 Cantoria
B6 Canto Do Obá 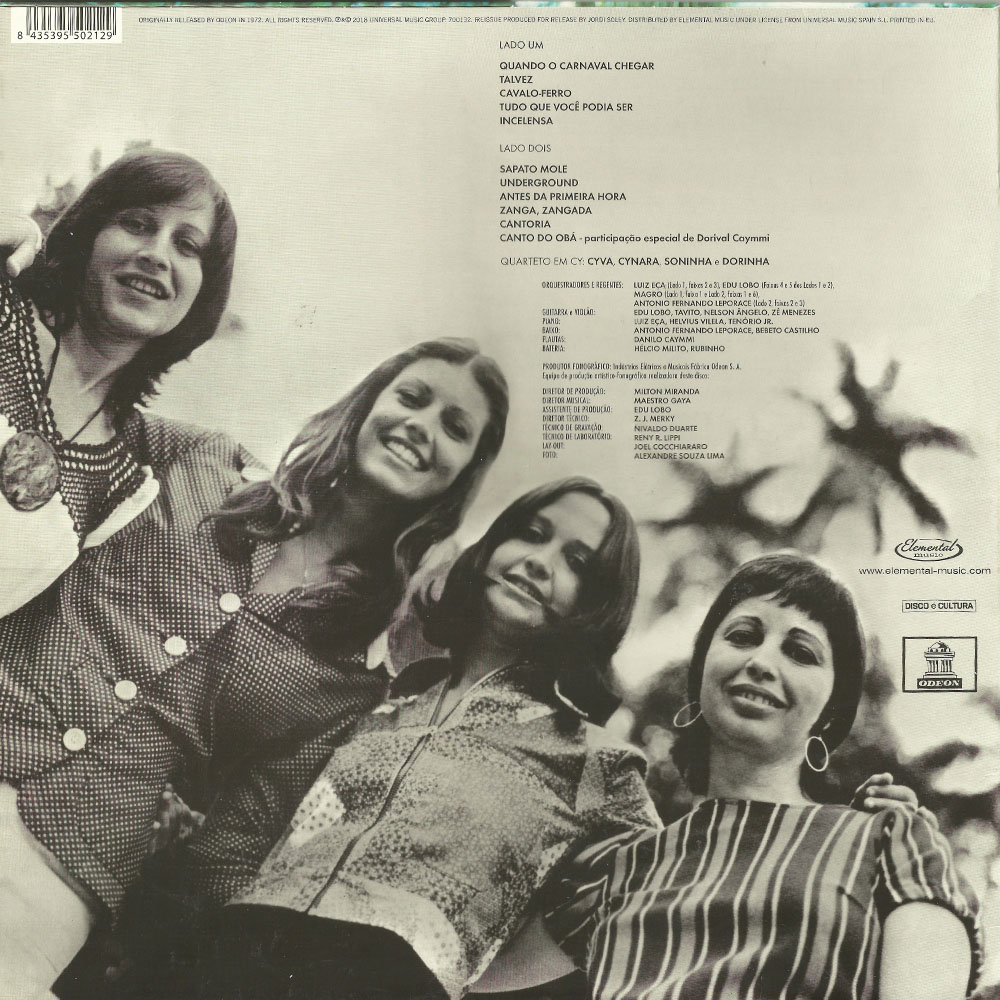