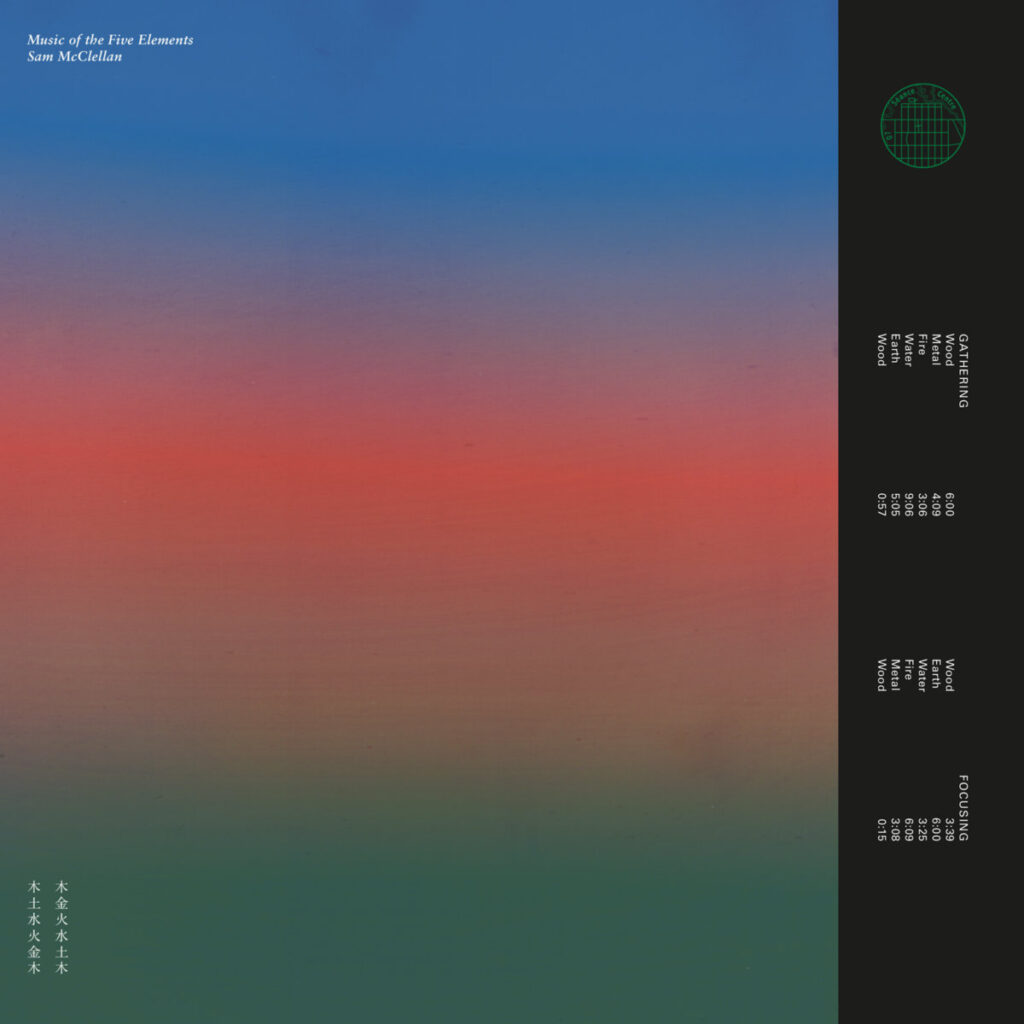 Music for healing from our good friends at Séance Centre… On Music of the Five Elements, electronic composer Sam McClellan applies the ancient Chinese philosophy of medicine to music composition with the goal of creating “a scientifically sound elixir for body and mind.” Each track is based around one of the five elements (Wood, Fire, Earth, Metal, Water) which McClellan then aligns with different levels of chakra and the pentatonic scale (the traditional scale of Chinese music). This might sound a bit too heavy on the New Age tip for some (even this writer), but there’s certainly healing qualities to the music contained on this disc. We’ve experienced it first-hand ourselves in the early hours of the ISC listening bar. Deep listen recommended! “The optimum effect of Music of the Five Elements will be achieved if each side of this recording is played through, from beginning to end without interruption. Music of the Five Elements, when used as a meditational or body work tool, rather than entertainment, will increase in effect over time. Overplaying or improper use, however, may eventually diminish its designed effect.” 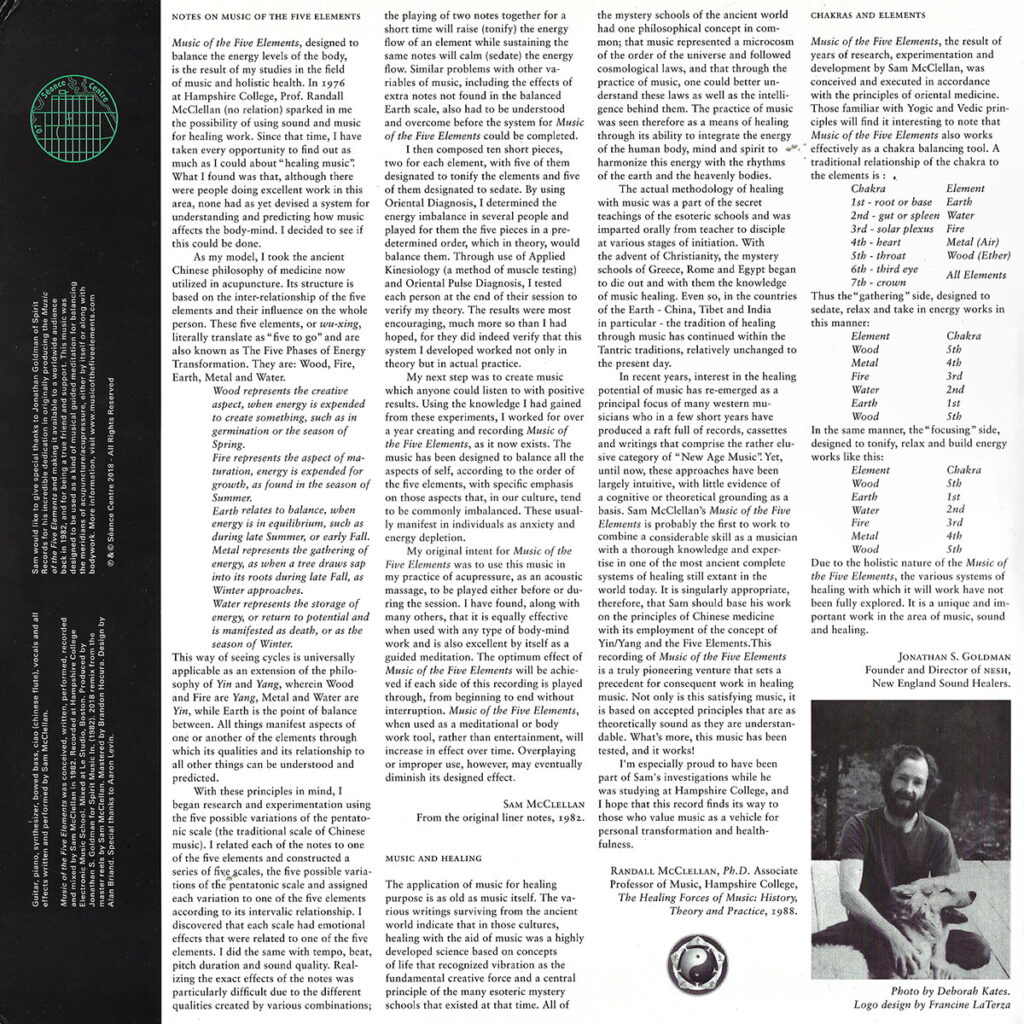 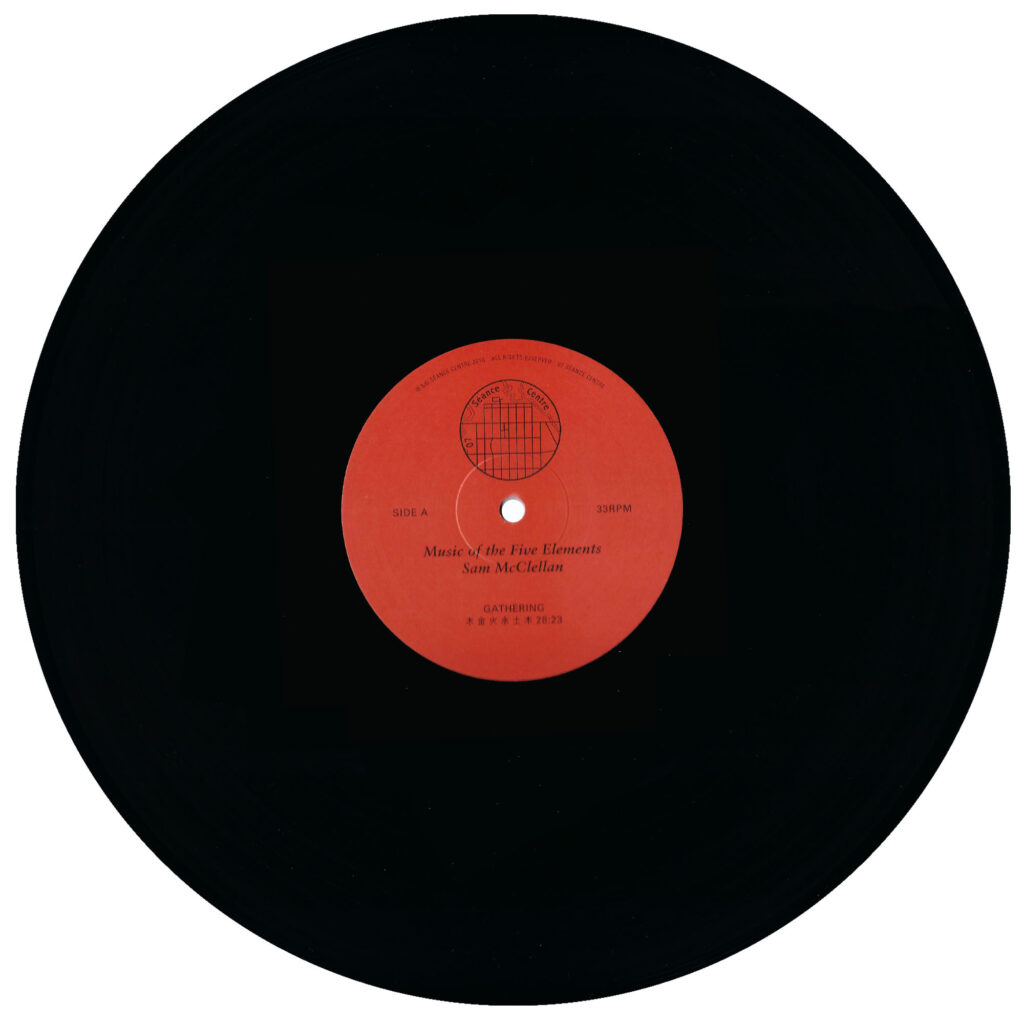 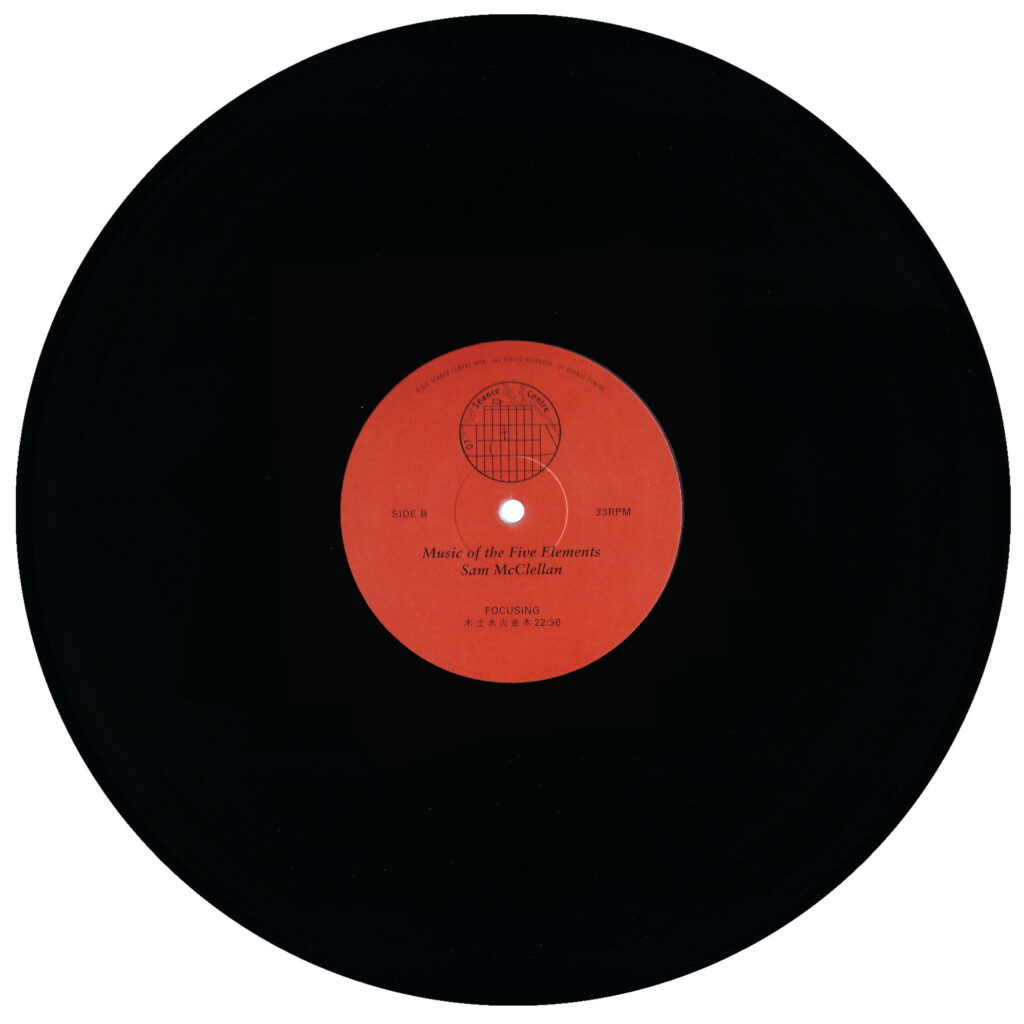