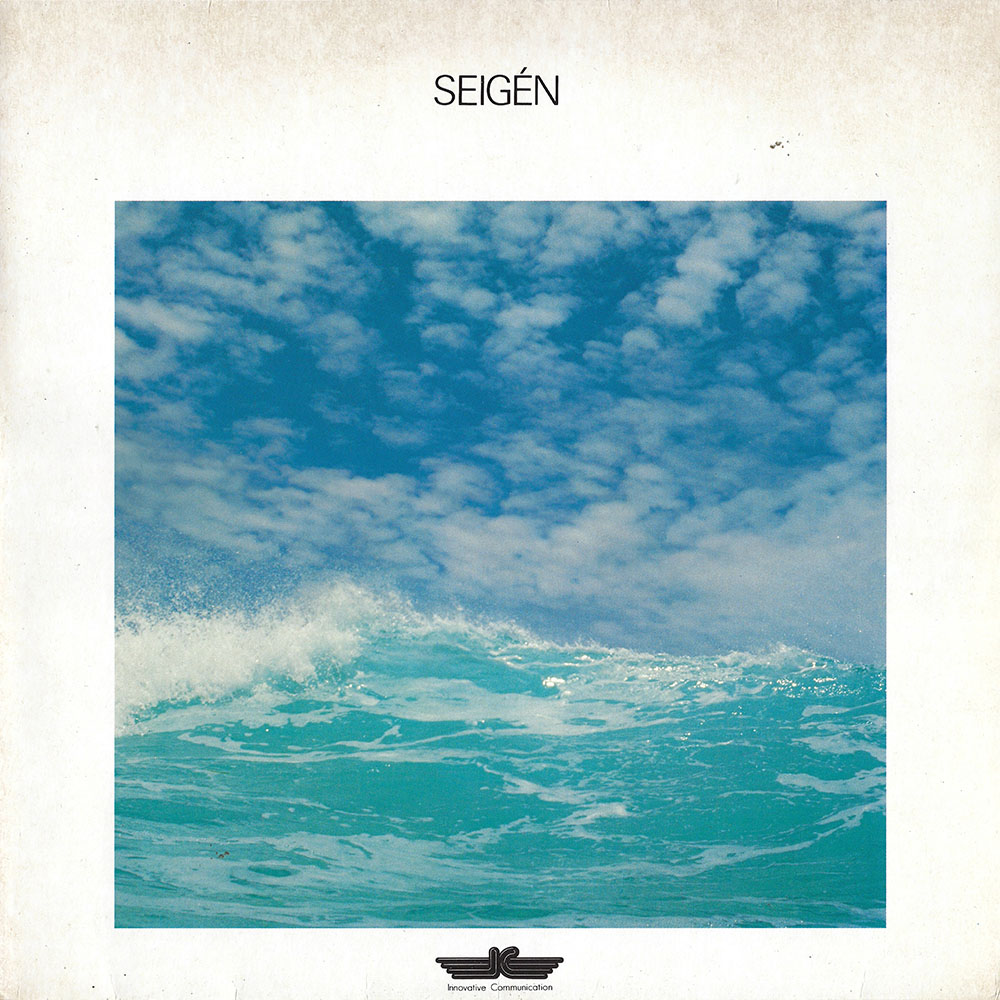 Originally released in Japan on JVC’s excellent Music Interior series but also later in Germany on Klaus Schulze’s Innovative Communication, Seigén Ono’s debut album is a minimal masterpiece from the then 26 year old composer. A stellar supporting cast of studio musicians is featured here including saxophonist Yasuaki Shimizu and nearly all members of cult band Mariah. Though the album can easily be labeled New Age, classical, or Japanese ambient, it seems to occupy its own space entirely within these worlds. Seigén reflects in the liner notes: “I need space. I need slow music, but I also need loud, heavy music. People say that ‘New Age’ music is calm and quiet, but for me it also has to involve straight-ahead rock plus the avant-garde. There are many studio musicians in Japan who play beautifully with no mistakes. But they have no personality. A good computer sequencer can give you that, but I require personality.” 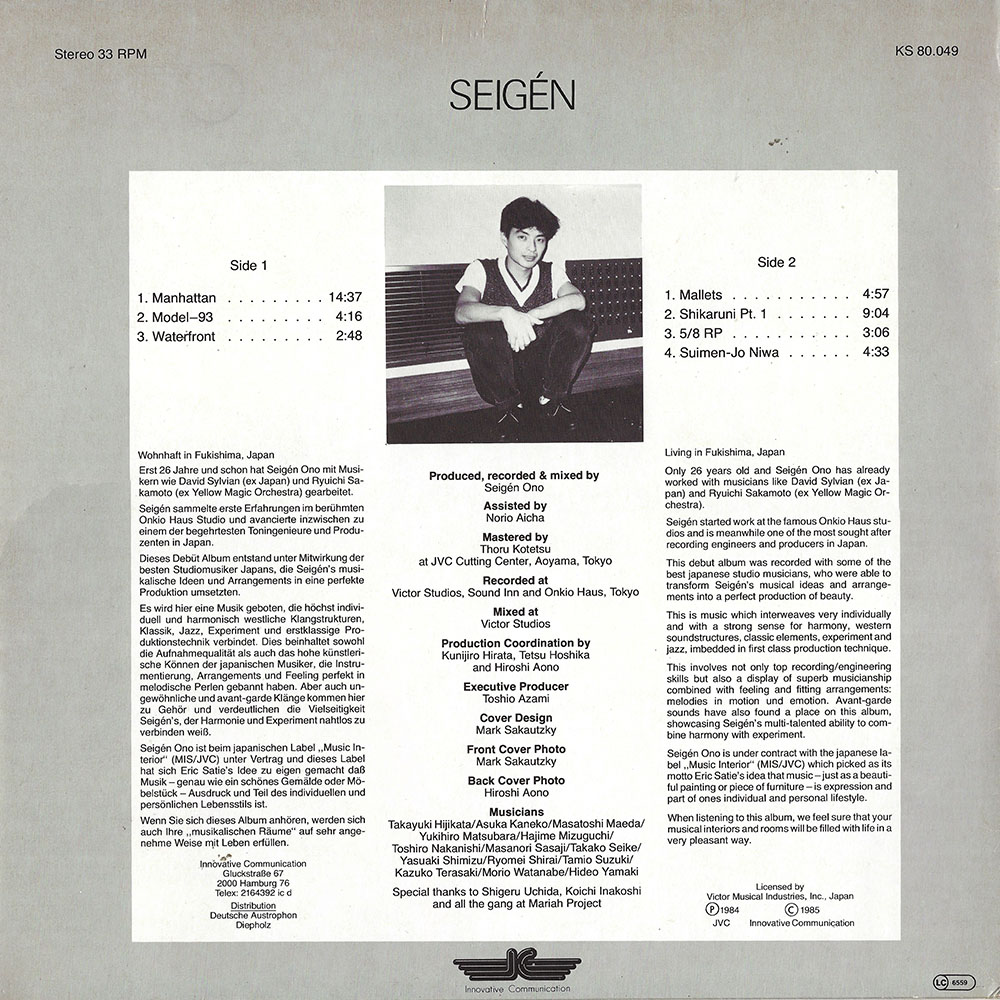