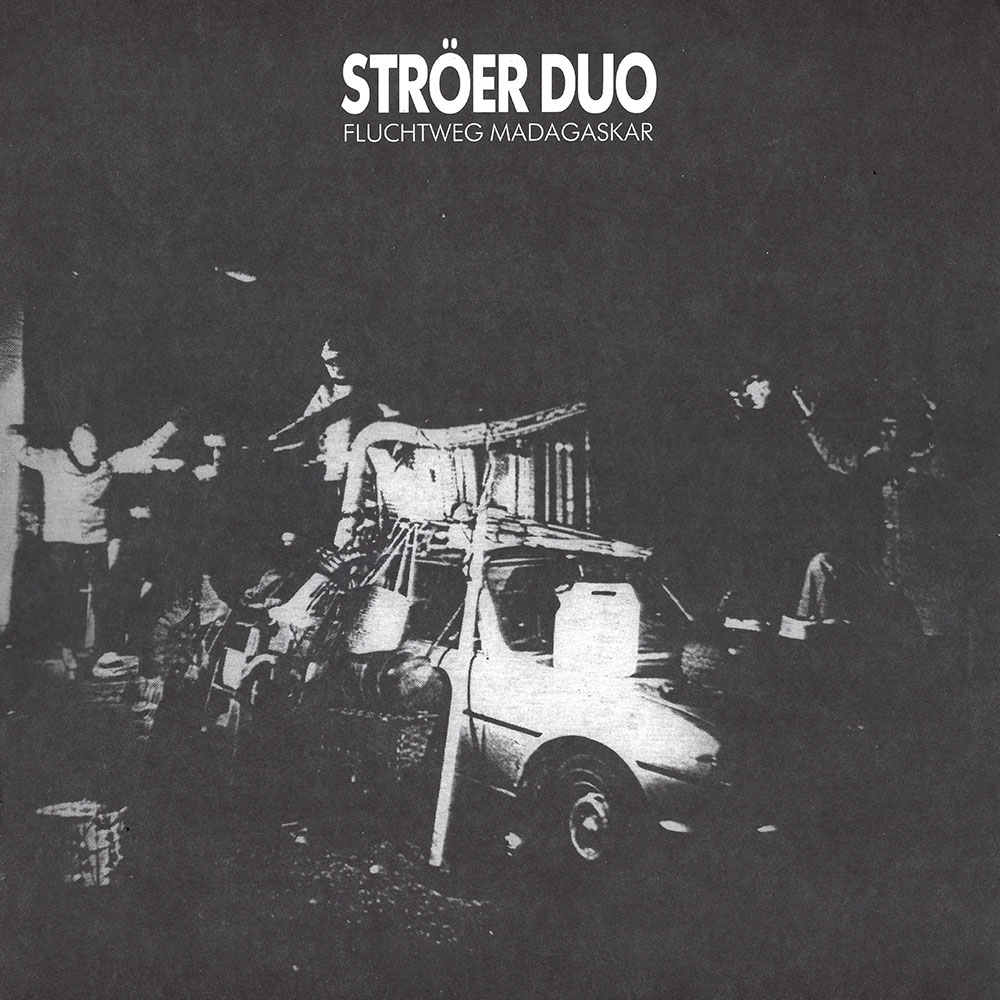 Featured in the “Experimental” section of Chee Shimizu’s Obscure Sound disc guide, Fluchtweg Madagaskar, which translates to “escape route to Madagascar,” is the cult classic debut album by brothers Hans P. and Ernst Ströer. Hans plays bass, guitars and piano, Ernst plays drums and percussion. Armed with a walkman in their pockets, the duo captured all sorts of field recordings and samples, which they then took to avant-garde pianist Wolfgang Dauner’s Mood Records studio. According to the liner notes on this 2018 Dark Entries reissue, “They spent every minute in the studio, sleeping in the recording room, switching between mixing console and musical instruments. The brothers recorded their own performances and engineered the mixes, drumming, playing bass, guitars, all kinds of percussion and keyboards, singing and yelling.” The result was a one-of-a-kind mix of German and African sounds that would later be treasured by many for its gorgeous opener “Vietnam.”

Recommended – A1 Vietnam, A6 Step Song 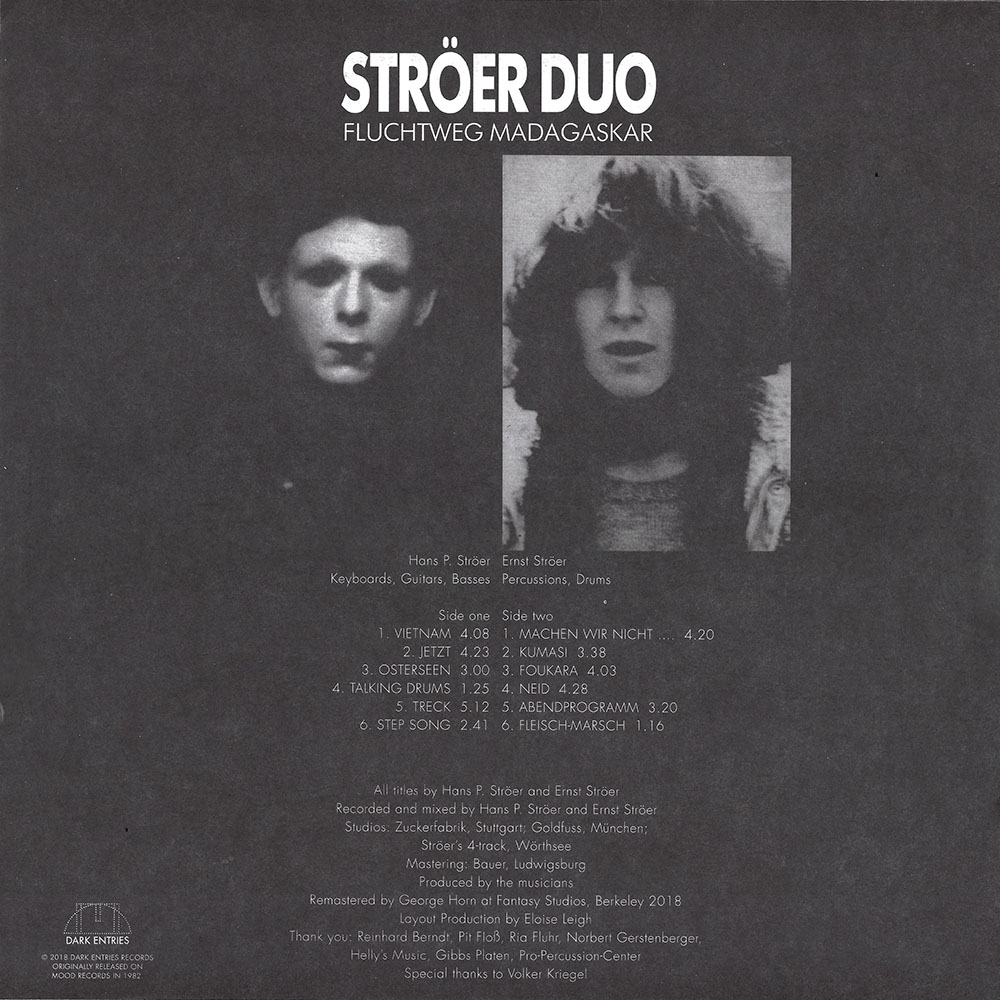 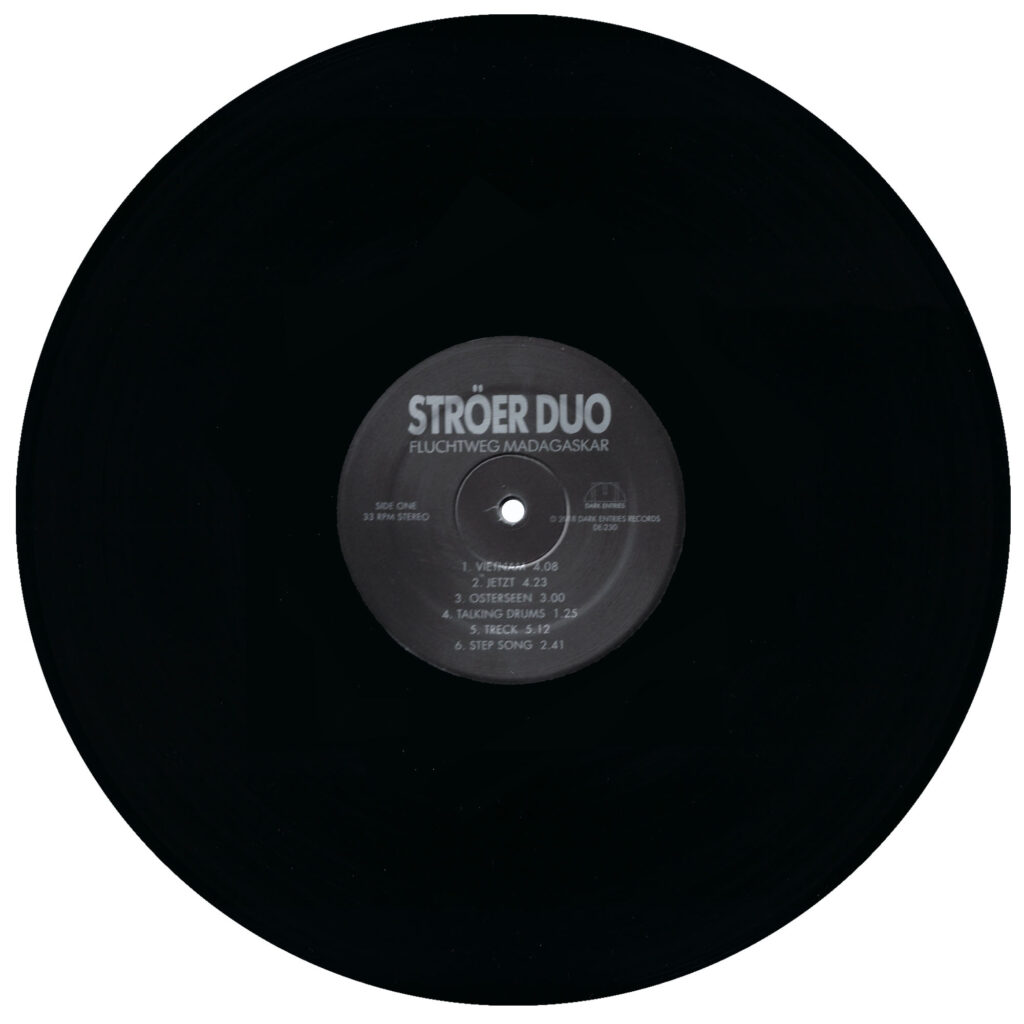 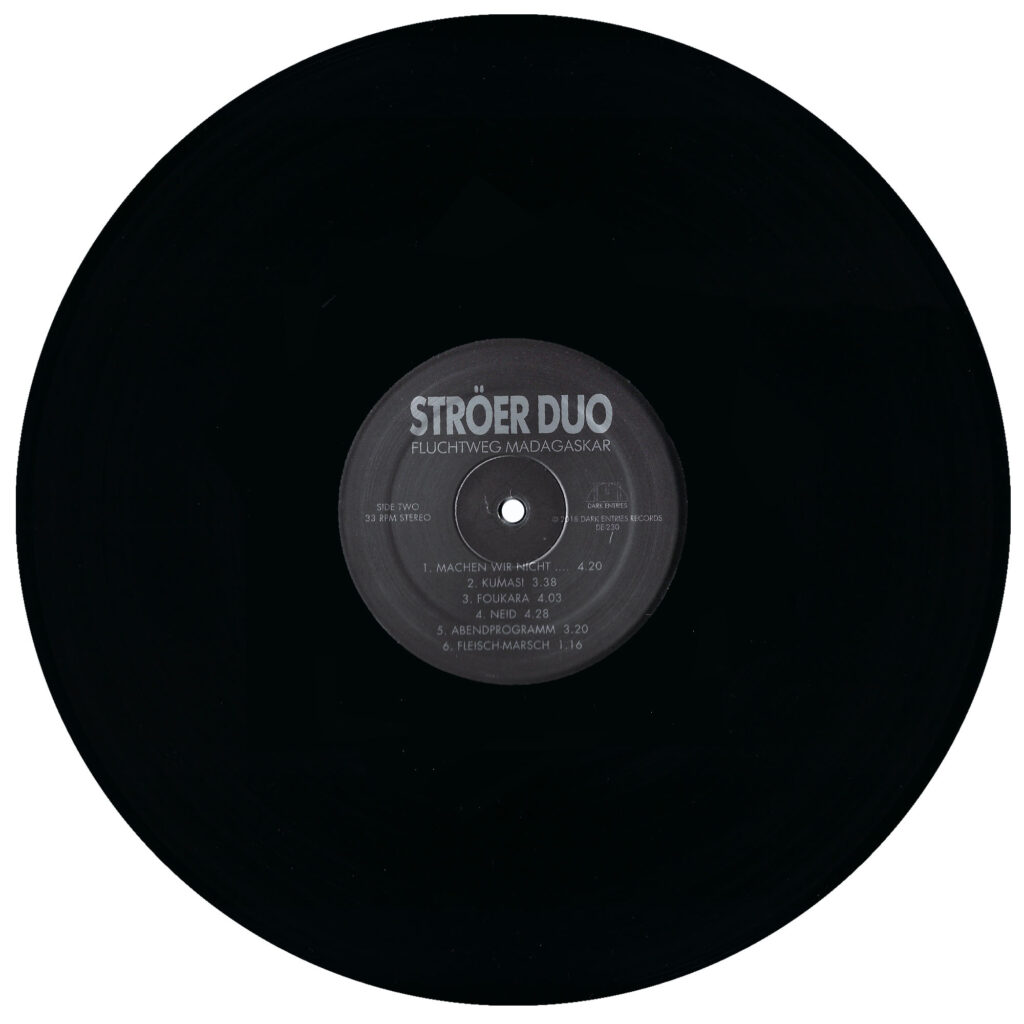