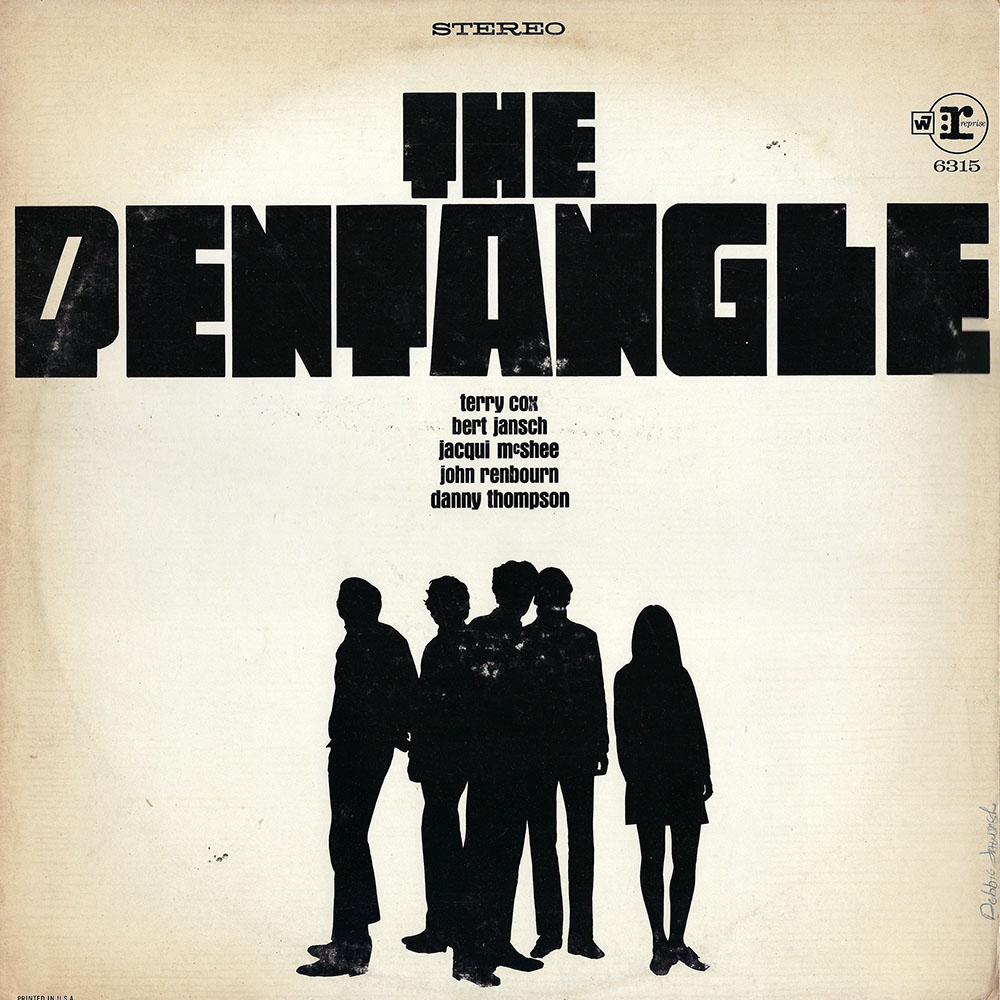 Terry Cox, Bert Jansch, Jacqui McShee, John Renbourn and Danny Thompson come together to form folk “supergroup” The Pentangle. Their 1968 groundbreaking debut album combines the folk, jazz, blues, psychedelic, and rock influences of its members for a somewhat short, but surely promising first outing for a band that would go on to greatness. Written by John Peel in the liner notes: “Is it necessary to talk of ‘fusions of traditional folk form,’ ‘musical innovations,’ ‘collective explorations’ and the like? Answer ‘no’ in sixty words or less, and play this record to those you love.”

Recommended – A1 Let No Man Steal Your Thyme, A2 Bells, B4 Waltz 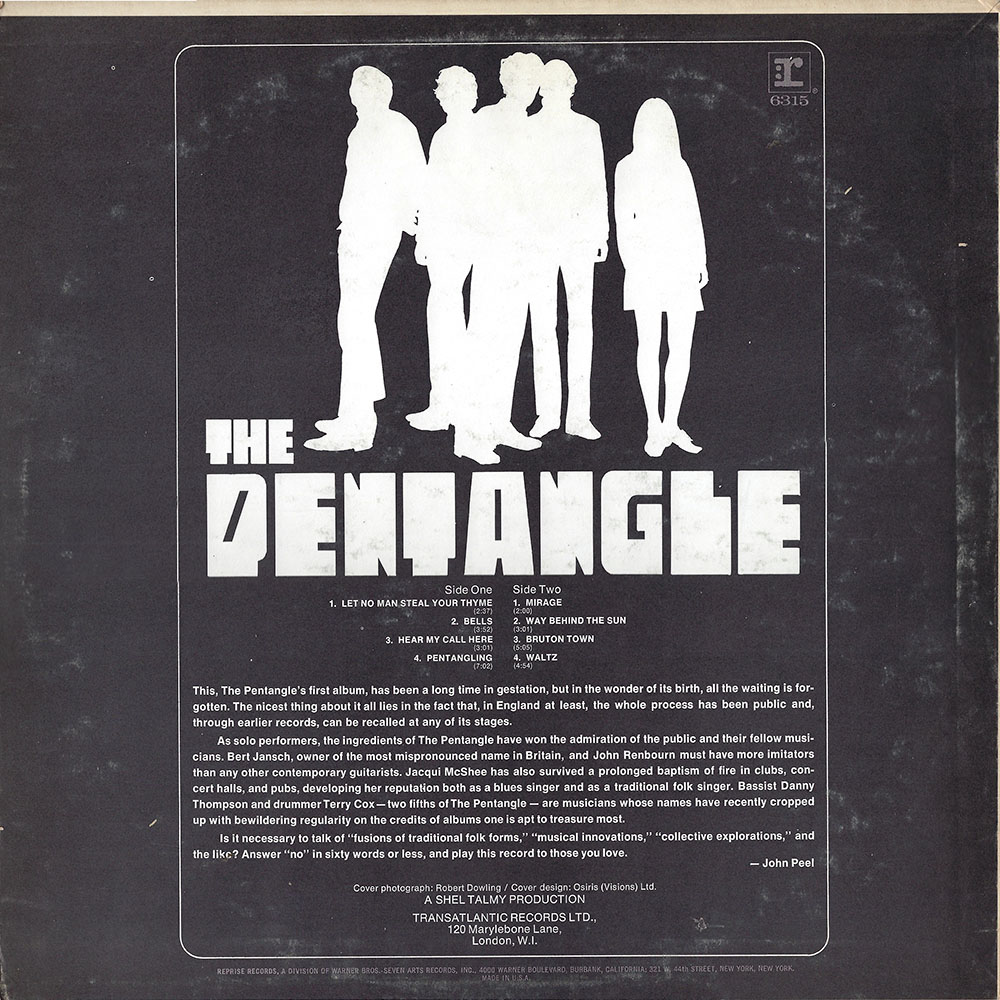