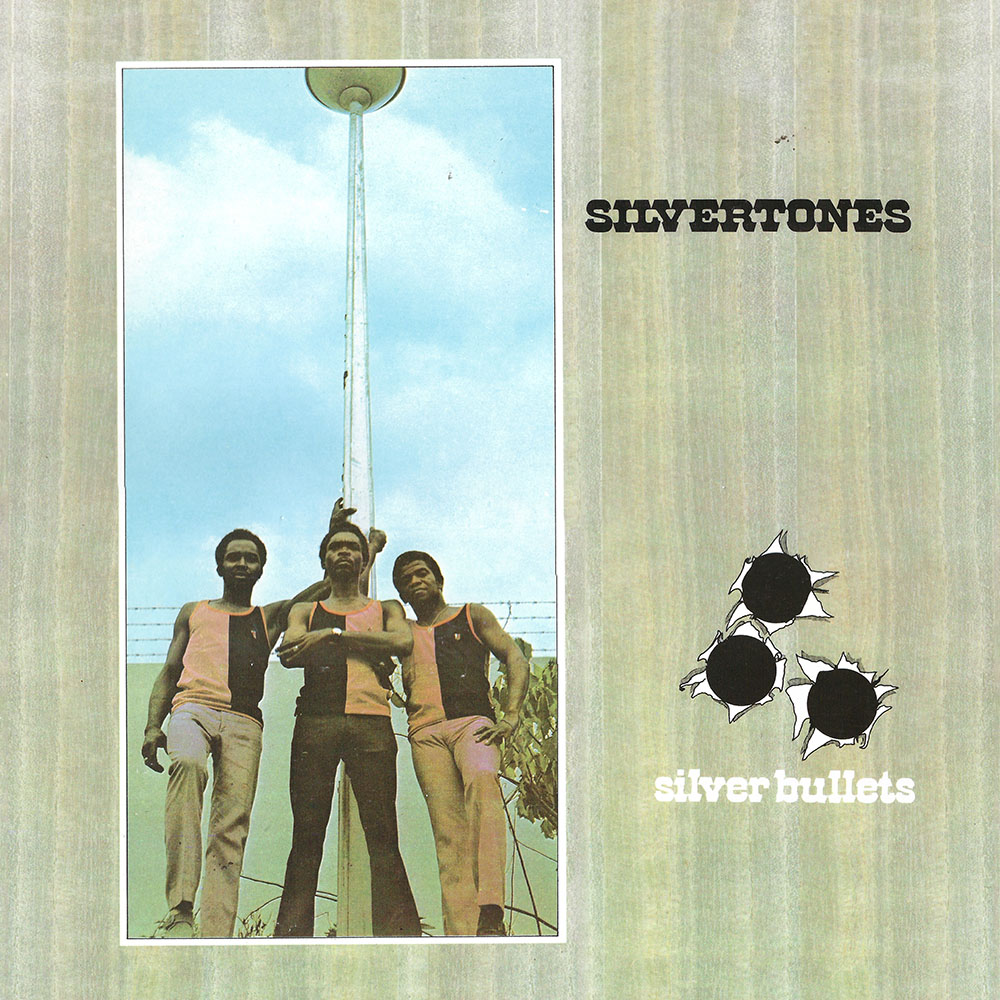 Produced by Lee “Scratch” Perry at King Tubby’s studio, Silver Bullets by The Silvertones is considered “an atypical Black Ark classic” blending soul, pop, and covers with rasta consciousness, psychedelia, and dub. The majority of the tunes are love songs penned by legendary pop songwriters along with a few originals from The Silvertones’ Delroy Denton, but “Scratch” also makes his mark here with his own “Rejoice Jah Jah Children” and the dub version “Rejoicing Skank.” It’s an interesting duality that makes for a truly original album and bonafide classic.

A1 I’ll Take You Home
A2 Early In The Morning
A3 Sugar Sugar
A4 Souvenir Of Mexico
A5 Rejoice Jah Jah Children
A6 Rejoicing Skank
B1 That’s When It Hurts
B2 Soul Sister
B3 Rock Me In Your Soul
B4 Sweet And Loving Baby
B5 He’ll Break Your Heart
B6 Are You Sure ?