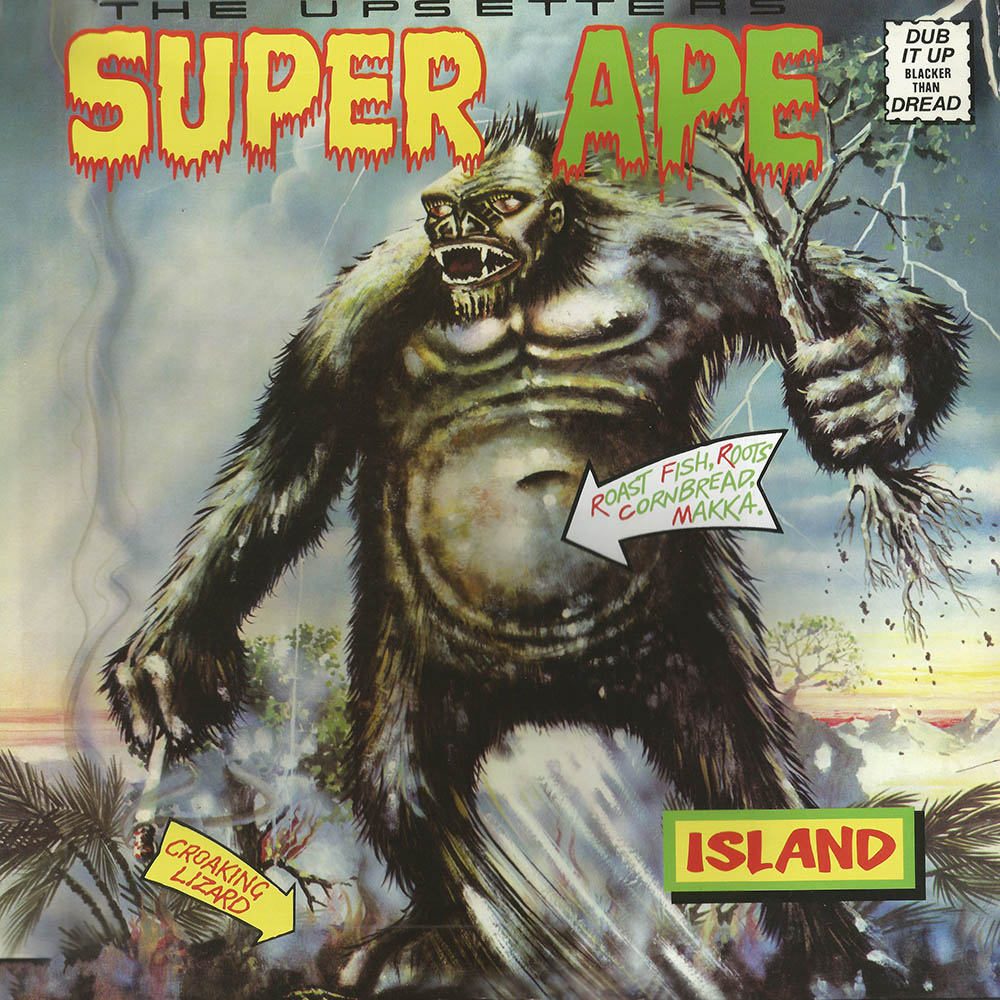 Lee “Scratch” Perry earned his almost mythical status as a producer by shaping the genesis of some of the most important modern musical movements, from reggae to dub and hip-hop to punk. While most of his work was done behind the scenes producing the sounds of iconic figures like Bob Marley and The Clash, he also used his Midas touch to cement his own band, The Upsetters, amongst the pantheon of Jamaica’s most important musical exports.

Super Ape is the 10th studio album by The Upsetters. Listening through each of their releases sequentially, you can hear Scratch channeling all the sounds that would become emblematic of Jamaica’s emerging genres in the 70s. Their first record Return of Django is a classic representation of rocksteady, the predecessor of reggae and where the band would eventually land with their record Scratch The Upsetter Again a few years later. Scratch went on to pioneer what would become known as ‘dub’ alongside greats like Osbourne “King Tubby ” Ruddock and Errol Thompson, who paved the way for his masterpiece, Super Ape. The record is dense, lush, and saturated with the uniquely wild sound of the infamous Black Ark, Scratch’s recording studio and hit factory. The experimental use of samples, relaxed rhythms, heavy use of reverb, phasers, and echoes were invoked by Scatch through curious personal rituals and tireless recording schedules.

The whole record is essential listening but ‘Three In One’ is a personal favorite, a track that gently unravels with a seductive beat driven by Scatch’s poetic vocals. Egbert Evans on the flute rides through the entire track with a romantic precision that leaves you feeling like you’re floating in the clouds. ‘Croaking Lizard’ was the most commercially successful track from the record, and the beat marches on easily with guest vocalist Prince Jazzbo at the helm.

Recommended – A1 Zion’s Blood, B2 Three In One, B5 Super Ape, Full Listen 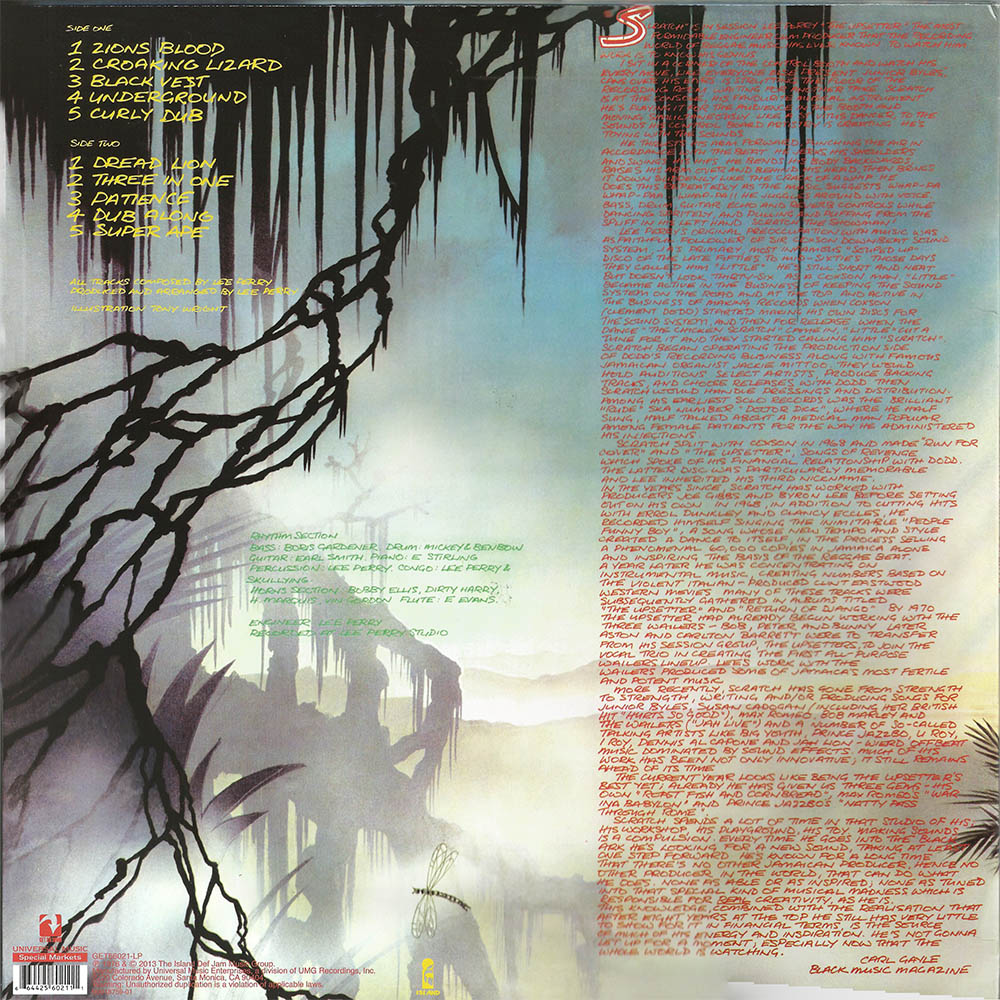 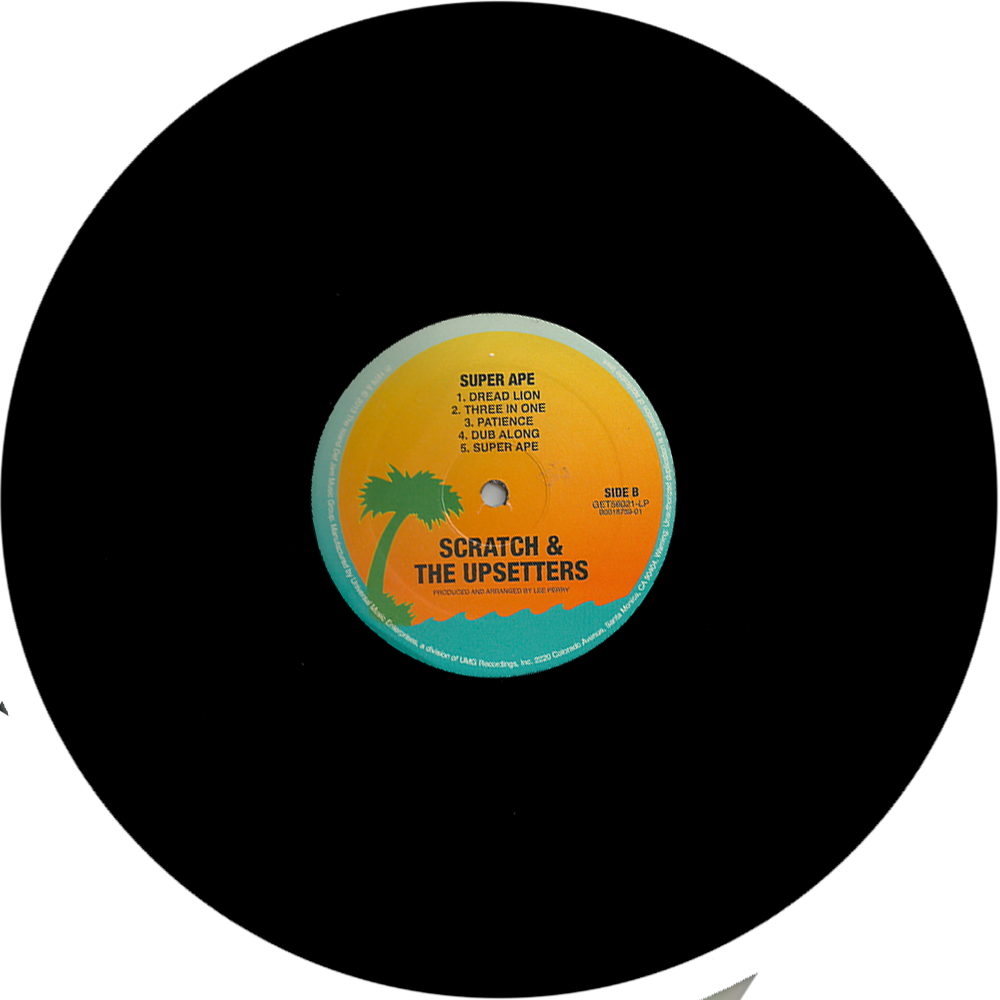 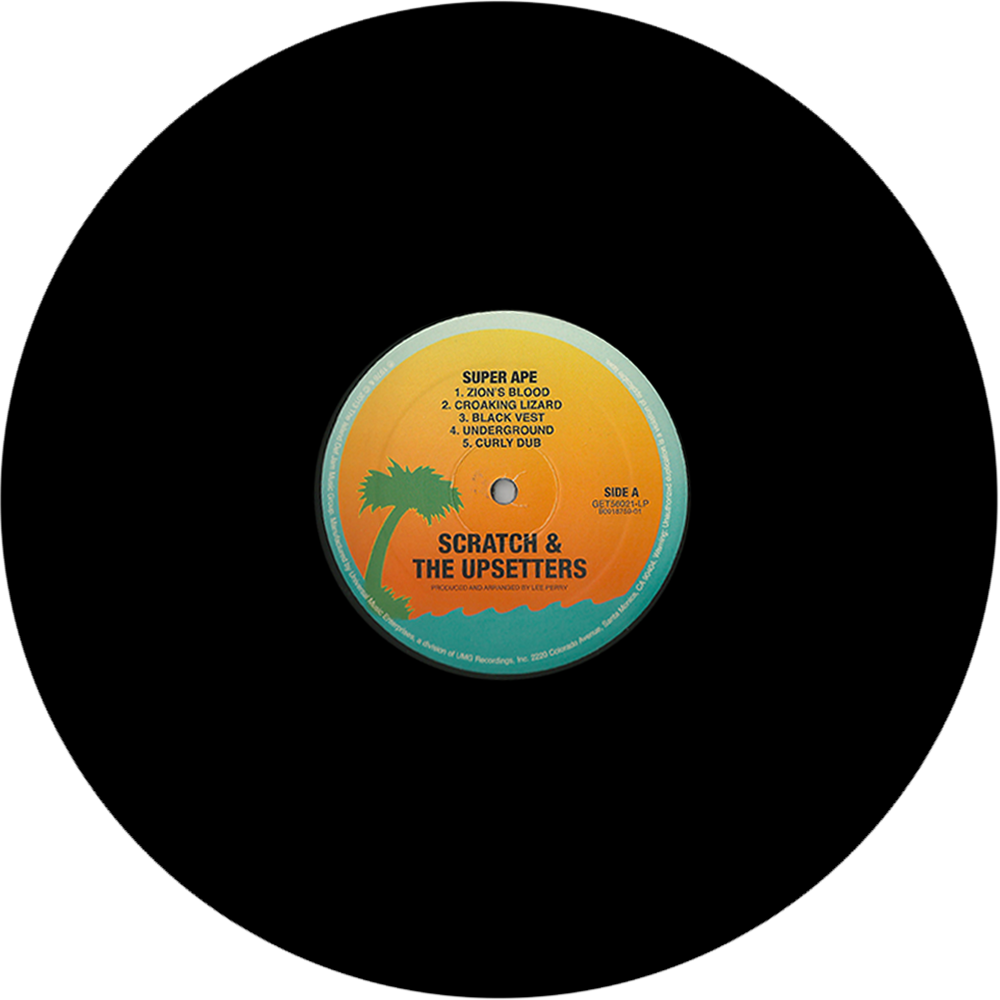