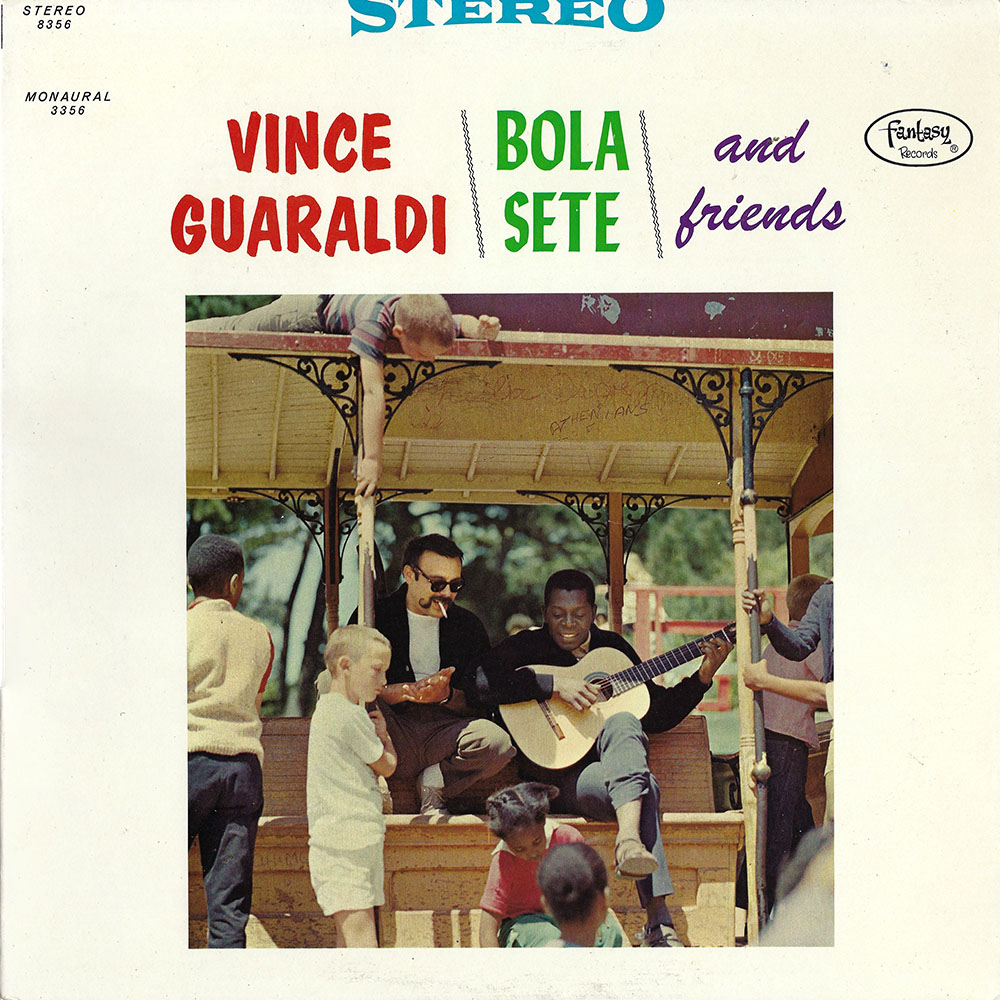 The story goes that Vince and Bola owe the Sheraton Hotels a bit of credit for their magical union… Bola Sete was first discovered by a Sheraton executive, who would constantly fly him out to play at their venues. Bola would then be found by Dizzy Gillespie who would later put him on at the legendary Monterey Jazz Festival where Guaraldi would hear him. Vince Guaraldi / Bola Sete & Friends is the first of three collaborative studio albums between the American pianist and Rio-born guitarist. It captures a brilliant point of meeting. Vince and Bola had only played together once before at Vince’s house before cutting the record and reportedly “nothing came out the way [they] rehearsed it! It was beautiful!”