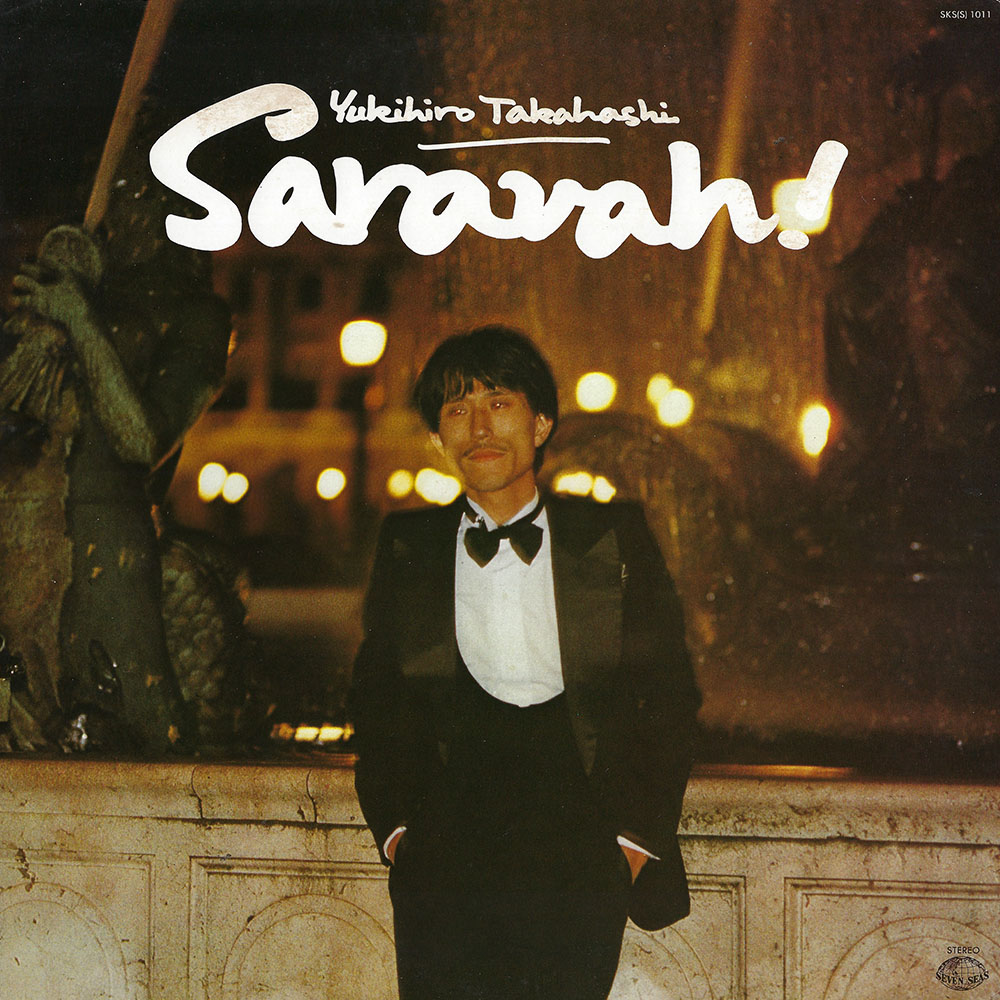 Yukihiro Takahashi may not have had as prolific a solo career as the other two members of Yellow Magic Orchestra, but that’s a hard comparison to make as Hosono and Sakamoto are quite frankly freaks! Takahashi is certainly no slouch… His debut solo effort Saravah! is a city pop classic recorded in 1978 after Takahashi had just left Sadistic Mika Band and joined a young Yellow Magic Orchestra. The album sounds like “clubbing in Paris” with a sophisticated set of tracks touching on disco, funk, synth pop, ambient, french exotica, and bossa nova.

A1 Volare (Nel Blu Dipinto Di Blu)
A2 Saravah!
A3 C’Est Si Bon
A4 La Rosa
A5 Mood Indigo
B1 Elastic Dummy
B2 Sunset
B3 Back Street Midnight Queen
B4 Present