Richard Thompson’s gorgeous score for Herzog’s Grizzly Man will be reissued this Friday on No Quarter.

In the early aughts, film auteur Werner Herzog traveled to Alaska to make a documentary about the late naturalist Timothy Treadwell. Herzog had been approached by Treadwell’s estate, who had countless hours of footage of his time living in isolation among grizzly bears in the rural north. It also had footage of a bear mauling Treadwell to death.

Herzog’s 2005 movie about Treadwell’s life and horrifying demise in the wilds of Alaska, Grizzly Man, aligns with the director’s core tenet on existence: “I believe the common character of the universe is not harmony, but hostility, chaos and murder.” If you live with bears, don’t be surprised if one chomps you in half.

Herzog also feels strongly about the scores to his films, declaring in one interview, “There is never anything like background music in my films!”

He speaks facts, and the evidence is in No Quarter Records’ just released score to Grizzly Man, composed by Thompson, produced by brilliant guitarist Henry Kaiser and featuring collaborations with artists including Jim O’Rourke. As we pointed out last year in a piece on Herzog’s use of music, “From a single cello playing an overtone to a mass of voices used strictly to overwhelm, Herzog is adamant about music serving the story and its emotional context, but to also serve a meta-objective: creating space. While mostly known for his use of wordless and orchestral melodies to execute this, which works more efficiently, Herzog eventually introduced and experimented with all types of genres.”

Enter Thompson, whose work starting in the mid 1960s with Fairport Convention marked the arrival of a singular fretboard master. His albums in the early 1970s with then-wife Linda Thompson are flat-out masterpieces that explore in wrenching terms the ups and downs of their relationship. Thompson has released dozens of accomplished solo albums, each offering more evidence of his genius on guitar.

Background, via Grizzly Man producer Erik Nelson in an Indiewire oral history of the film: “We started shooting Labor Day 2004. We had to deliver a cut to Sundance by early October of that year. Sundance is in January. Werner’s editor, Joe Bini, started using Richard Thompson’s music as scratch music. Werner fell in love with it. Well, I knew Richard Thompson. I shot a documentary on the making of the soundtrack, which took two days in early December. We had to improvise it live because we didn’t have time to do anything else.”

Thompson: “Werner Herzog has made some of the most remarkable films in cinema history, and when I found out the premise of Grizzly Man, it seemed like a fantastic chance to be involved in something truly out of the ordinary. After half of the first day feeling our way, we hit our stride, and basically were done in two days.”

Those sessions are documented in a short film, excerpts of which are on YouTube. For its part, Grizzly Man is available for free streaming on various platforms.

No Quarter, the one-man operation of Mike Quinn, has issued brilliant records by artists including Joan Shelley, Laddio Bolocko, Nathan Salsburg, Endless Boogie and Garcia Peoples. They’ve gone all out on the reissue (CD and gatefold LP), which stands to reason: The soundtrack is not only an essential addition to Thompson’s oeuvre, but one of the best instrumental guitar albums you’ll hear this year.

The combination of Herzog and Thompson propels the documentary’s man-versus-nature action, one whose central character is as singularly driven as his documentarians.

“They’re challenging everything, including me,” Treadwell says at one point in the film, of the bears eating nearby. “If I show weakness, if I retreat, I may be hurt, I may be killed. I must hold my own if I am going to stay within this land. For once there is weakness, they will exploit it, they will take me out, they will decapitate me, they will chop me into bits and pieces. I’m dead. But so far, I persevere, persevere.” 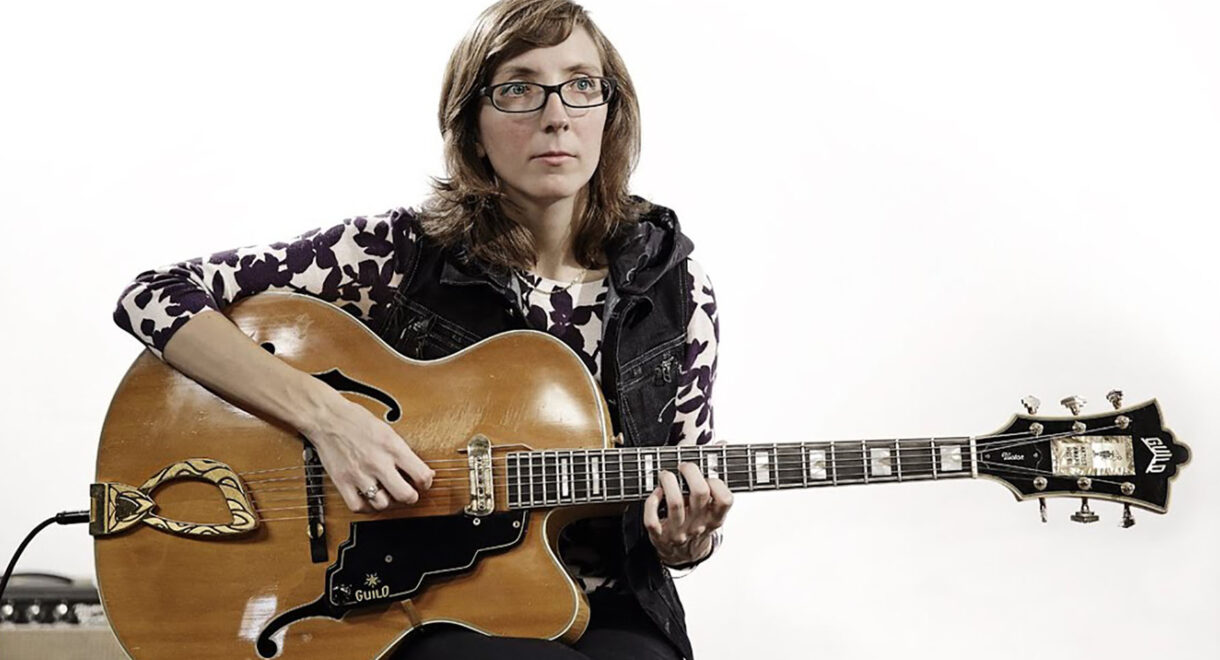