Reissues. We love them. But can there be too many? Surely not, so here are 11 reissues and archival recordings that you might have missed during this tumultuous year.

Once again, please consider this list more of a “when in doubt, listen to this” collection than a “best of” list…

Check out our favorite 2020 new releases feature for more music.

Satoshi Ashikawa’s coveted minimal masterpiece was also the last album he composed before his tragic passing. Still Way is the second part to the Wave notation series, a trilogy of music “intended to be listened to in a casual manner, as a musical landscape or a sound object, not something that would stimulate listeners but music that should drift like smoke and become part of the environment.” The gorgeous and soothing hour of environmental ambient features some of Japan’s best minimalists, including Midori Takada, Masami Ashikawa, Yuki Utsumi, Tomoko Sono and Junko Arase. Reissued for the first time since its 1982 release by Geneva’s WRWTFWW. – Dane M.

(this one was actually reissued 2019 but it’s on the list anyway in case you missed it!)

One of the most sought-after spiritual jazz albums from Detroit reissued for the first time on vinyl by New Zealand imprint Rain & Shine, Oracy by the Positive Force with poet Ade Olatunji is a historic album that combines activism, cultural consciousness, poetry, and spiritual jazz. Although not much is known about its creators, what is known is that this album is part of a deep heritage and cultural movement in Detroit during the 70’s marked by unbridled creativity and artistic freedom. As one member of the group recounts, “I remember Detroit being a cultural hotbed in 1977. There was poetry, theater and music everywhere.” The album is also a reminder that music can be both beautiful and political. In a year marked by racial injustice and the struggle for social change, this music is surely needed now more than ever. – Phil Cho

A breathtakingly clear recording of a New York performance that the late genius Russell gave in June, 1984 at the Experimental Intermedia Foundation in Little Italy, this cassette and digital release examines the seeds of his 1986 masterpiece, World of Echo. Masterfully caught on tape by Steve Cellum at an event produced and curated by Phil Niblock, the recording sees Russell tending to germinal ideas for “Let’s Go Swimming” and “Keeping Up,” his cello tapping into his amplification set-up to create woozy overtones and phase-shifting chaos. When the artist, who was then 33 and two years away from being diagnosed with HIV, sketches out the lyrics for “Losing My Taste for the Nightlife,” his voice taps into the pain and fear that blanketed New York as the virus was ravaging the club and loft scenes. – E. Little

Spanish guitar/bass duo Bélver Yin released their debut LP Luz Bel in 1991 to local acclaim, but failed to garner the attention outside of their hometown of Salamanca. Given a new home this year on the always reliable Melbourne-based label Efficient Space, Bélver Yin’s unique brand of wordless, ethereal, chorus guitar-driven shoegaze was a fitting soundtrack for the lockdown blues of 2020. The record plays similar to that of an instrumental Cocteau Twins LP, minus some of the dramatics. – Jonny Mons

Originally released on Morgan Fisher’s own Pipe label in 1980, Slow Music is a visionary piece of reflective tranquility and an ambient masterwork by Morgan Fisher and Lol Coxhill. Featuring Fisher contributing tape manipulation, guitar and piano alongside Coxhill’s soprano sax, the collaboration pushes past the idea of what avant-garde and experimental music could sound like, entering new realms at the beginning of a new decade. Beautifully reproduced with the original artwork, this 40th anniversary reissue by the Aguirre label is a timeless listen. – Jocelyn Romo

Fledgling Japanese reissue label Bright Size Records launched with a statement of purpose this year: two fantastic reissues from Cy Timmons, the “World’s Greatest Unknown” singer-songwriter from Atlanta, Georgia. Timmons was something of a local hero often seen playing at Atlanta’s Café Erewhon, which he owned and operated. His style, often dubbed “batida Americana,” blended American pop, jazz, and soul with an unusual bossa nova technique marked by guitar percussion and a sort of vocal mimicry. Timmons would manipulate his voice to mimic a variety of instruments, including flute, percussion, trombone and synthesizer. It’s a bit strange, but it’s also completely beautiful and something you really have to hear for yourself. – PC

New Zealand based reissue label Strangelove dropped this mostly unknown and overlooked Japanese rarity by Osaka group Viola Renea seemingly out of nowhere. The only LP released by the group, 1985’s Syguiria Lady is far removed from the city pop sound commonly associated with Japanese music from the 1980’s. Dub influences similar to that of the Police are heard across the album’s 8 tracks, with the band exploring a dark and avant-garde new wave sound infused with a wide range of regional influences. Band leader Kuki Imamura described the album as “the sound of unknown memories; aural visions & strange musical loves coalescing around a femme fatale ‘Syguirian Lady’.” Though not always the case with reissues from this era, every track on this album is quality, and worthy of a full listen. – JM

Essential UK street soul from the brilliant mind and sound pioneer Robert Charles Roper, the man behind cult acts such as Special Touch and Gold in the Shade. 1991’s Garden of Life harmoniously blends sparse and emotionally rich takes on R&B, lovers rock, and proto-house with themes of self love, gratitude and hope. A family affair, the album features the honey-sweet soulful vocals from Roper’s brother Duval. Necessary listening for dance music lovers, out now via Heels & Souls recordings. – DM

In the late 1990s, former Throbbing Gristle co-founder Peter ‘Sleazy’ Christopherson and his creative partner, John Balance, holed up at their Victorian house and studio in a Southwest England seaside town and wormed their way into their gear’s circuitry. Blurry with drugs and deep into the mystic, the two teamed with Coil affiliates Thighpaulsandra and Drew McDowall to make an insular, psychedelic synth record that, if you’re not careful, could very well zap you with a minimalist bolt of evil. Imagine if Kraftwerk had taken a ton of acid and started dabbling in the dark arts: That’s this. Dais Records has been issuing a series of colored-vinyl pressings of “Musick … ” and so far each limited run has sold out. Grab this before it’s too late. – EL

A compilation of works recorded in Berlin during the time of the Berlin Wall’s monumental falling, Phase III features the wavy, downtempo electronica of synth-driven soundscape production trio I.A.O. Presented across three LP’s on Australian label Left Ear, the album features some of the group’s best recordings from 1988-1995. Far removed from the techno revolution that would emerge in Berlin during this time, I.A.O. produced gorgeous instrumentals with light evocations of the dance floor balanced out with trips though moody and ethereal leftfield pop. – JM

Portland’s Incidental Music presented this music blog favorite for the first time since its mysterious 1984 limited cassette release. 繭 – which translates to “Cocoon” – is the sole revelatory and hazy dream pop album by Pale Cocoon, a duo of Japanese sound hunters who set out to construct a new kind of immersive music. Drawing from “Kankyo Ongaku” style environmental ambient as a base, the group took cues from Belgian symbolist art and Japanese literature and filtered those ideas through a dynamic range of instruments, such as drum machines, tape loops, hazy synths and heavily treated shimmering guitar, to create an enveloping sea of sound. Highly recommended for fans of Woo, Durutti Column, and My Bloody Valentine. – DM

Compilations: Six Favorites and How These Brilliantly Curated Collections Came To Be

A brief history of compilation albums, the trajectory of this multi-artist concept, and of course, a list of some ISC  favorites. The Compilation. Some purists may cringe at […] 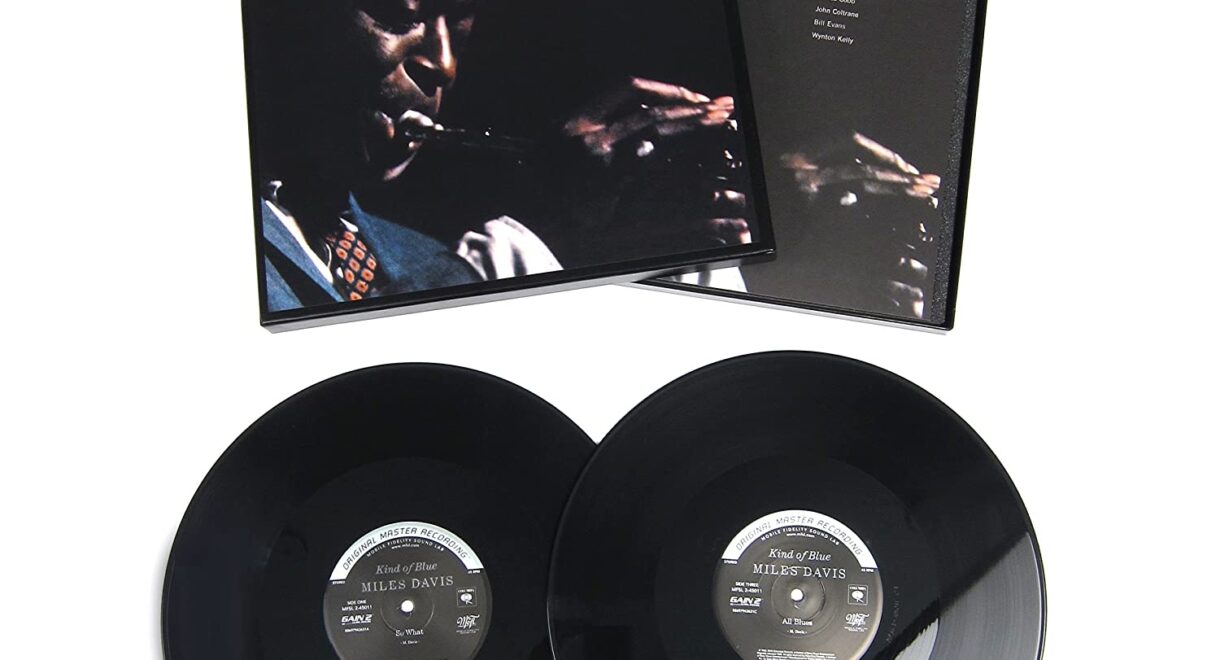 A look into the label behind the iconic ORIGINAL MASTER RECORDING. If you’ve stepped into a reputable record store or stereo dealer in the past 30 years, you’ve […] 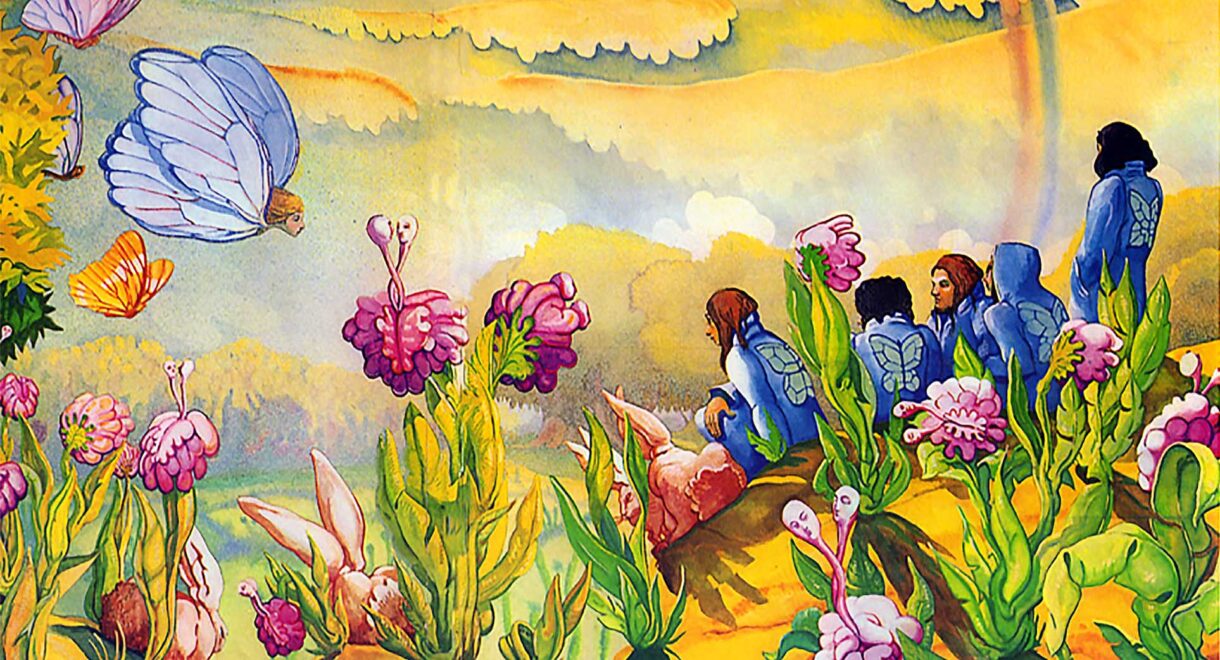 5 Prog Albums That Are Actually Good

Jocelyn Romo shares five essential selections that go beyond the preconceptions of what prog can be. The very word makes any number of music fans recoil: Prog. The […]