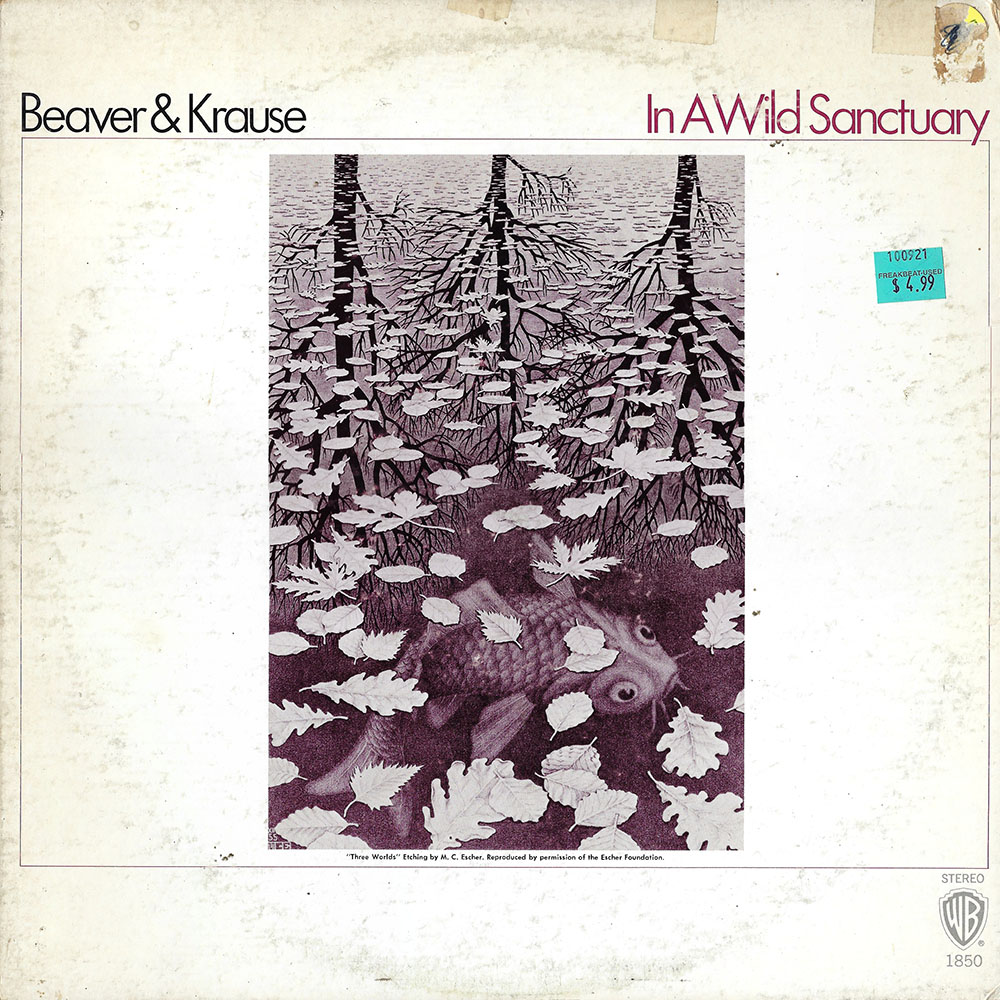 From the liner notes: “When Paul Beaver and Bernie Krause began to record for Warner Brothers in the late 1960s, they were already electronic music pioneers. They’d been instrumental in introducing the synthesizer to popular music via the Doors, the Byrds, and numerous others. They’d also established themselves as recording artists under their own name, with The Nonesuch Guide to Electronic Music (also reissued on CD by Collectors’ Choice Music), and with Mercury on the Ragnarök album. In a Wild Sanctuary used the then-young Moog synthesizer, but also added environmental sounds, employing the duo’s innovative instrumental and production techniques on tracks that also drew from a wide range of musical styles, including jazz, blues, rock, and more.” – Richie Unterberger

Recommended – B3 People’s Park, A4 So Long As The Waters Flow, B2 Salute To The Vanishing Bald Eagle