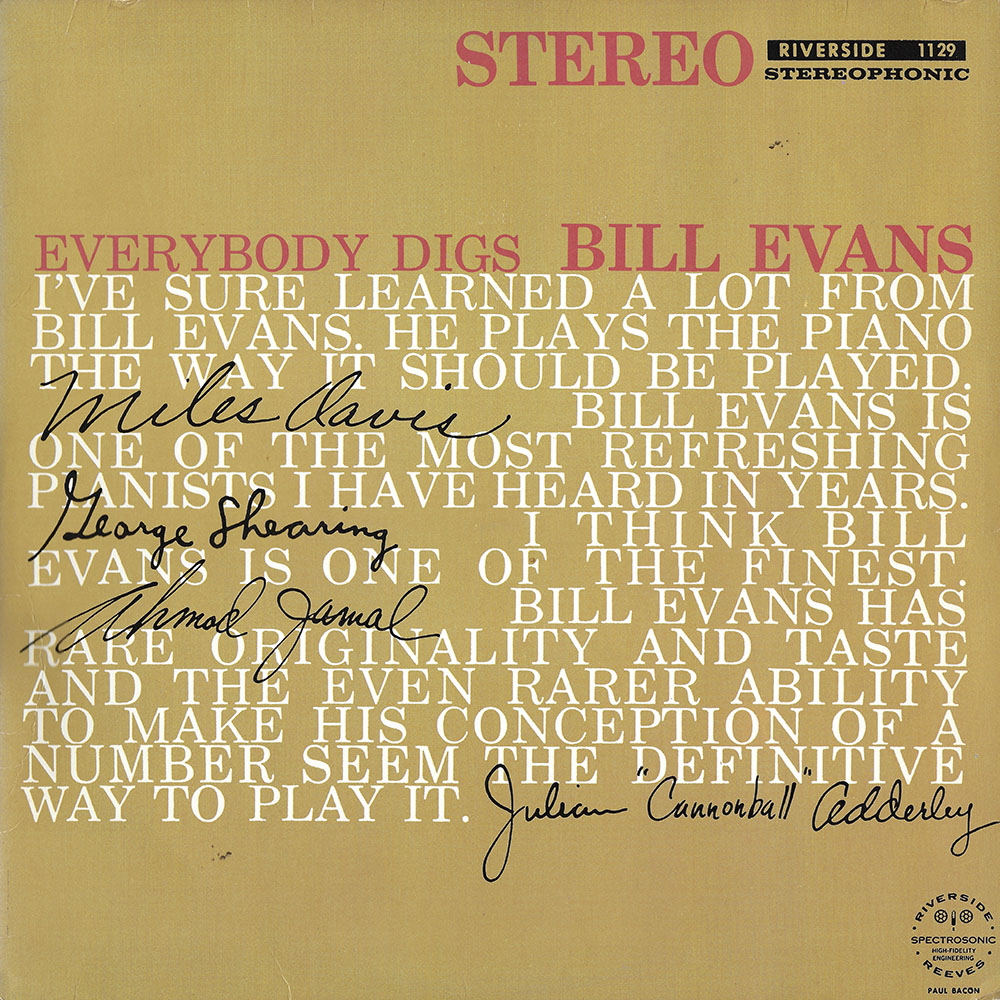 The debut release by the legendary Bill Evans Trio, Everybody Digs Bill Evans, follows a 27 month break since Evans’ first release, a solo effort titled New Jazz Conceptions, and several months spent in 1958 with Miles Davis’ sextet. The young Evans was still relatively unknown at this time, though he’d already earned the respect of numerous jazz greats including the four quoted on the cover: Miles Davis, George Shearing, Ahmad Jamal, and Julius “Cannonball” Adderly. While Everybody Digs… is largely overshadowed by the seminal releases during the Scott LaFaro period of the trio, the album remains one of Evans’ most meditative and introspective works and a favorite amongst fans.