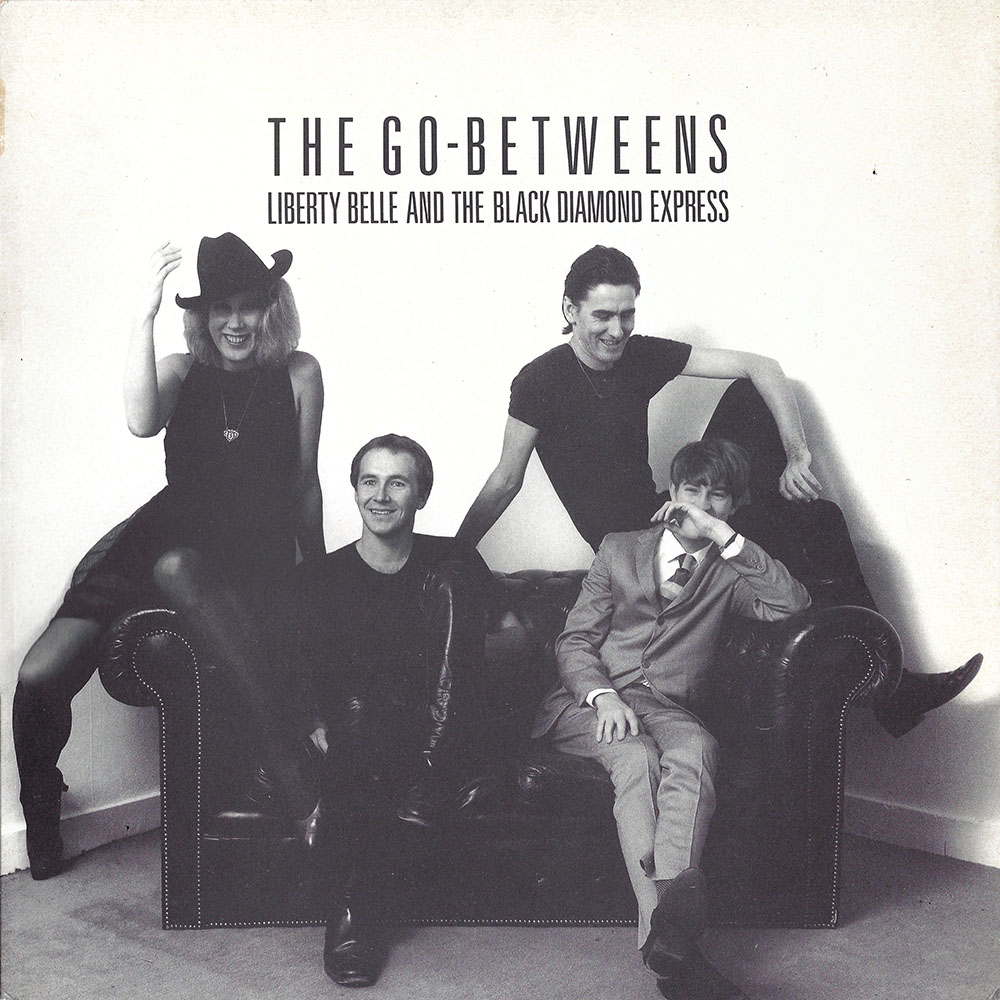 The Go-Betweens were formed in Brisbane, Australia in 1977 by friends Grant McLennan and Robert Forster. The two would share songwriting duties throughout the band’s existence, developing an idiosyncratic indie pop sound with jangly guitars and personal lyrics. After recording their debut album, the group moved to London to pursue success, releasing records with influential indie labels such as Postcard, Rough Trade and Missing Link. Unfortunately, it’s near impossible to discuss the Go-Betweens without mentioning that a place in the charts always seemed to elude them. While each new album saw the band making huge strides in songwriting with plenty of great singles and critical acclaim, they never quite achieved the fame they deserved.

Their fourth album Liberty Belle and the Black Diamond Express sees the group at the height of their musical abilities. Trading stripped down guitar pop for a more polished sound, the album features string arrangements and strong performances by versatile multi instrumentalist Dean B. Speedwell, giving Forster and McLennan’s wistful love songs atmosphere to thrive. This change in direction, however, did little to impede the group’s penchant for writing catchy pop tunes with Forster and McLennan’s signature complementary styles, equal parts accessible and mysterious, sunny and moody. A definite highlight in a string of excellent and underrated albums from the Go-Betweens.

Recommended – A1 Spring Rain, A4 To Reach Me, A5 Twin Layers of Lightning

A1 Spring Rain
A2 The Ghost And The Black Hat
A3 The Wrong Road
A4 To Reach Me
A5 Twin Layers Of Lightning
B1 In The Core Of A Flame
B2 Head Full Of Steam
B3 Bow Down
B4 Palm Sunday (On Board The S.S. Within)
B5 Apology Accepted 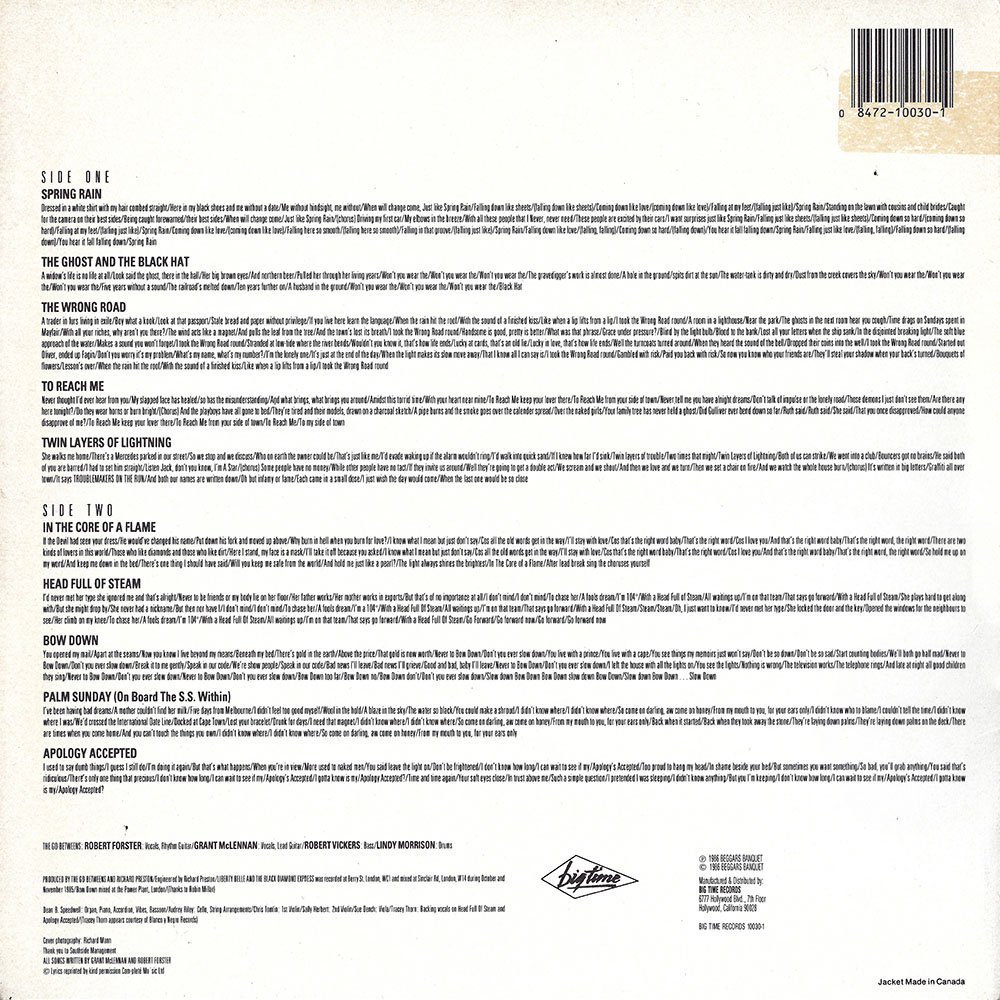 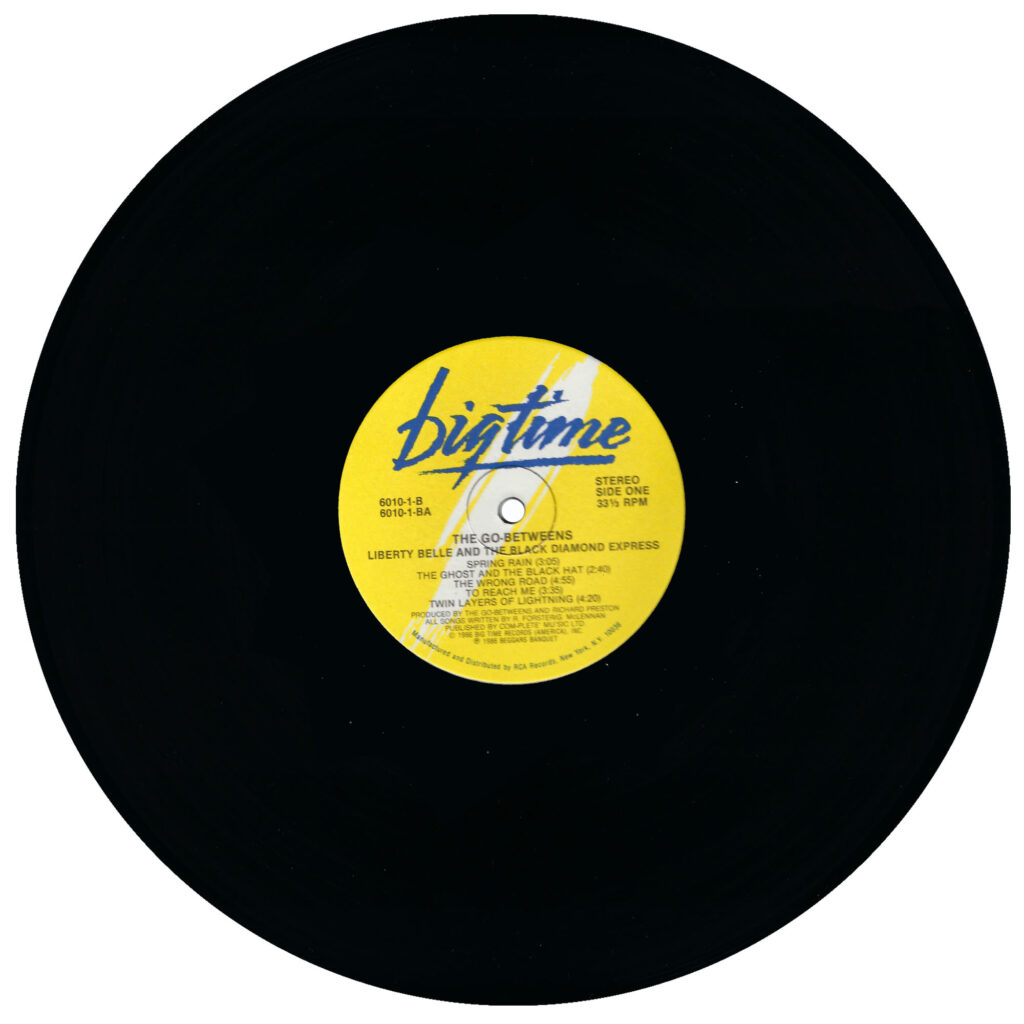 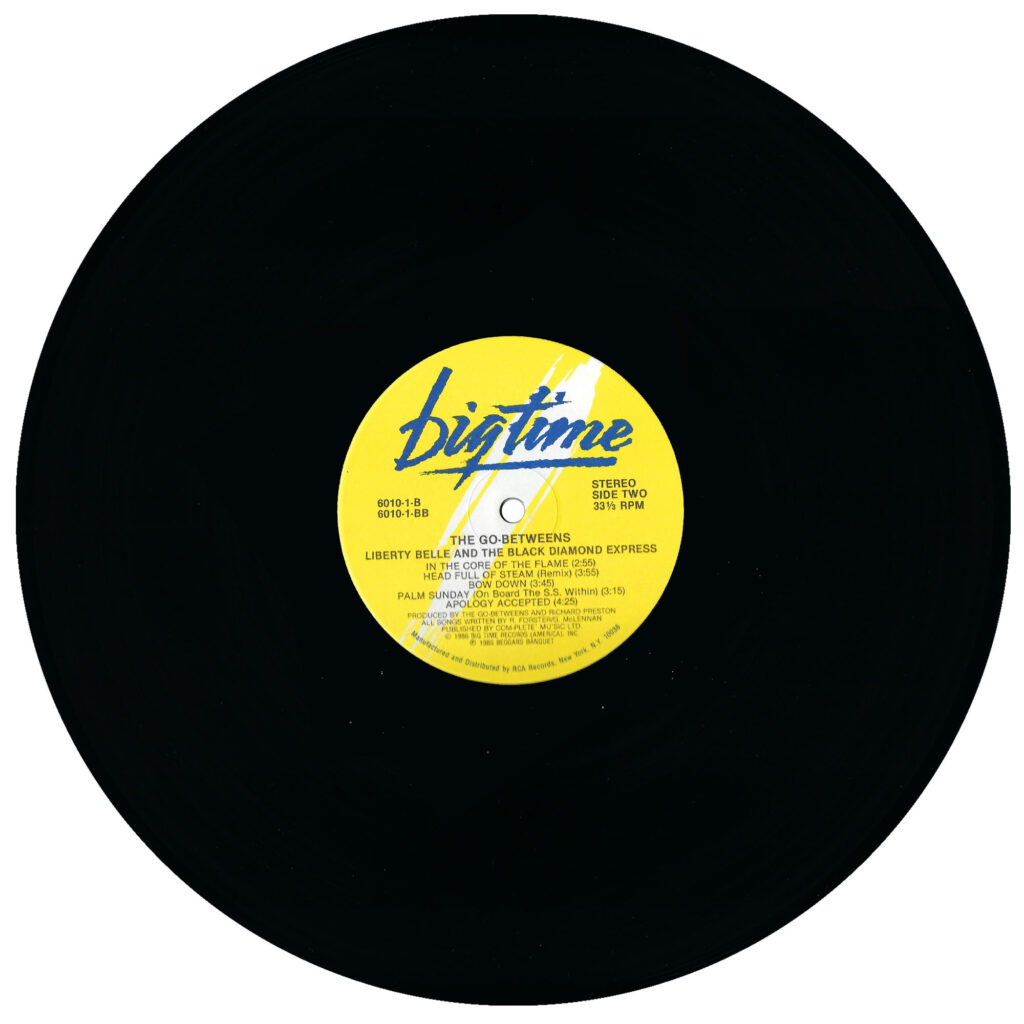