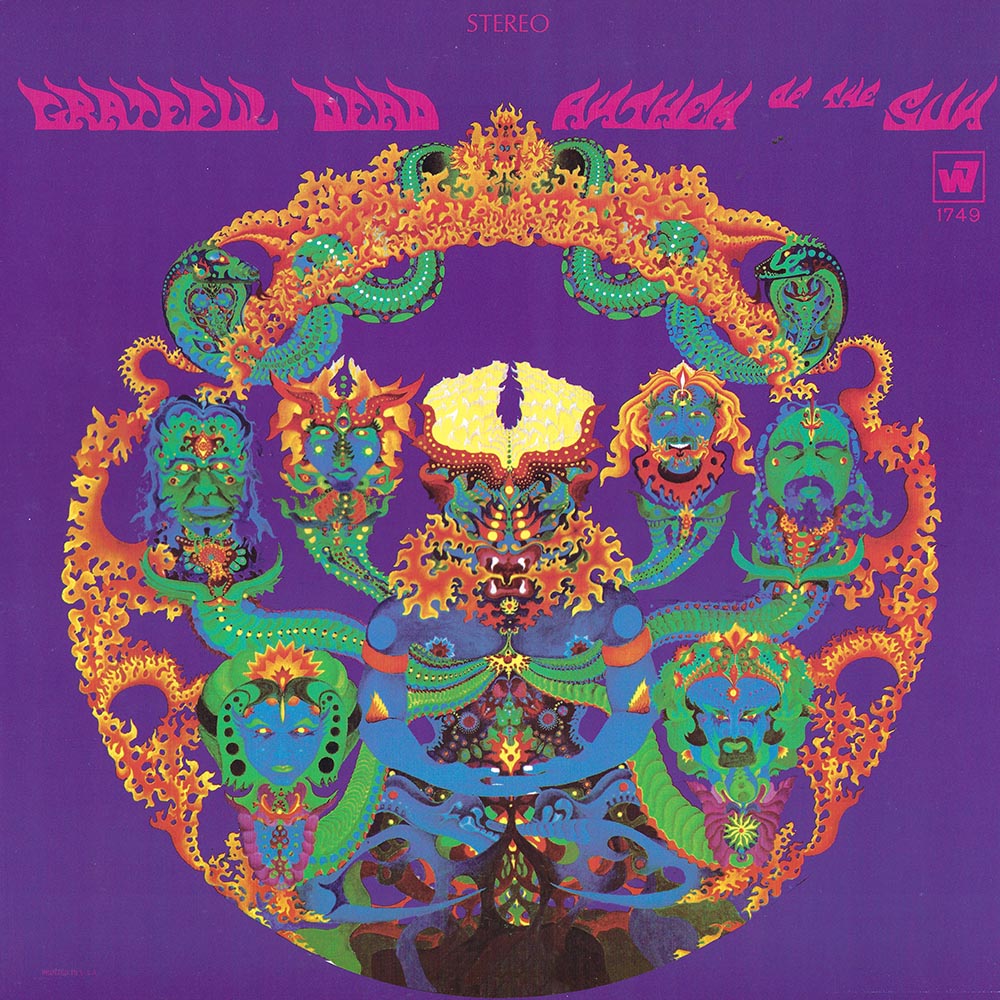 If you’ve ever talked to a Deadhead for even 5 minutes you’ll know that it’s all about the live shows and recordings. On Anthem Of The Sun, band would attempt to capture the surrealistic and psychedelic magic of the live shows with a bit of studio trickery: they would fuse different versions of the same song to suggest “a thousand-petal lotus, unfolding in constant renewal.” Other unconventional techniques were used as well including prepared piano à la John Cage and tape manipulation similar to an electronic composition. The album ended up sounding nothing like a live show, but it did succeed in capturing the band’s avant-garde approach to rock.

That’s It For The Other One
A1.I Cryptical Envelopement
A1.II Quadlibet For Tender Feet
A1.III The Faster We Go, The Rounder We Get
A1.IV We Leave The Castle
A2 New Potato Caboose
A3 Born Cross-Eyed
B1 Alligator
B2 Caution (Do Not Stop On Tracks)