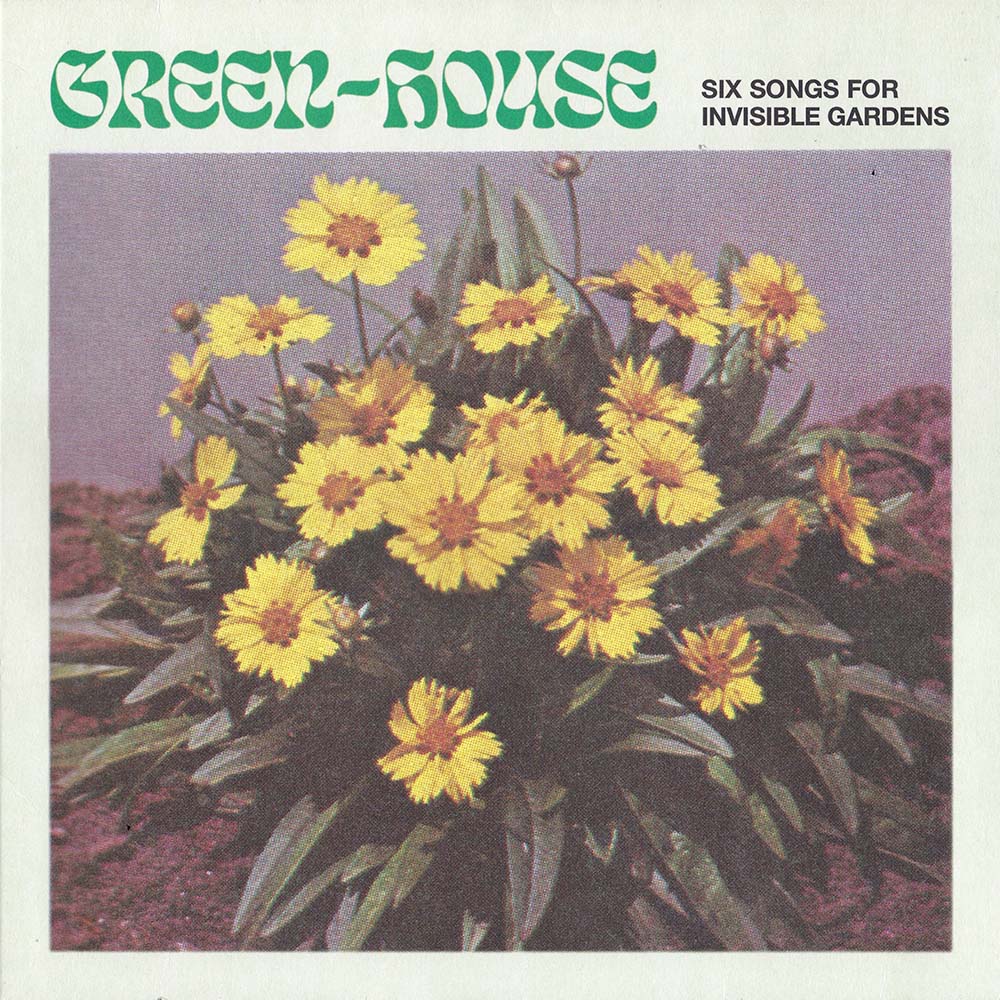 As a possible ode to Mort Garson’s Plantasia, Olive Ardizoni designed their first record as Green-House to communicate with plant life and the people who care for them. Unlike Garson however, Six Songs sits in a far more meditative realm and, in our opinion, seems to carry out that objective more truthfully. It’s organic music at its most harmonious and tranquil with synthesizers flowing and swaying along with the sounds of rivers. The music being played seems almost reactive to the field recordings in the background – like if David Behrman’s late 70’s improvisations with a computer were replaced with the buzzing of bees. According to Leaving Records’ description, Olive “approached the project with an intentional naivety, they craft songs that find freedom through simplicity. As a non-binary artist, they hope to create a space with fewer barriers as both a performer and a listener. And was written with the intention of transforming the listening environment and augmenting domestic space.” Six Songs seems to do just that, if not conjure a space of its own, an invisible garden, brimming with foliage and aided by the most honest, warm earth music. Highly recommended for fans of David Behrman, Virginia Astley, and Hiroshi Yoshimura.

A1 Parlor Palm
A2 Peperomia Seedling
A3 Perennial Bloom
B1 Sanseveria Sp.
B2 Soft Meadow
B3 Xylem 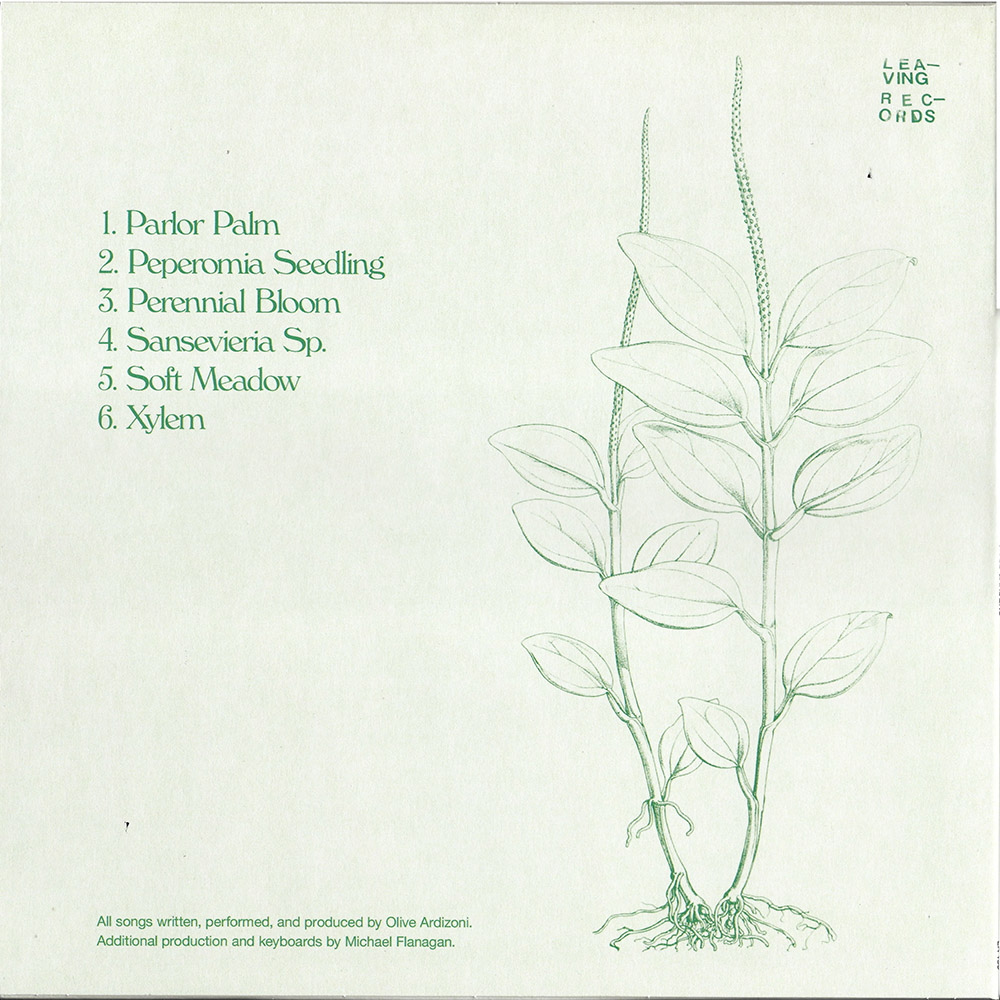 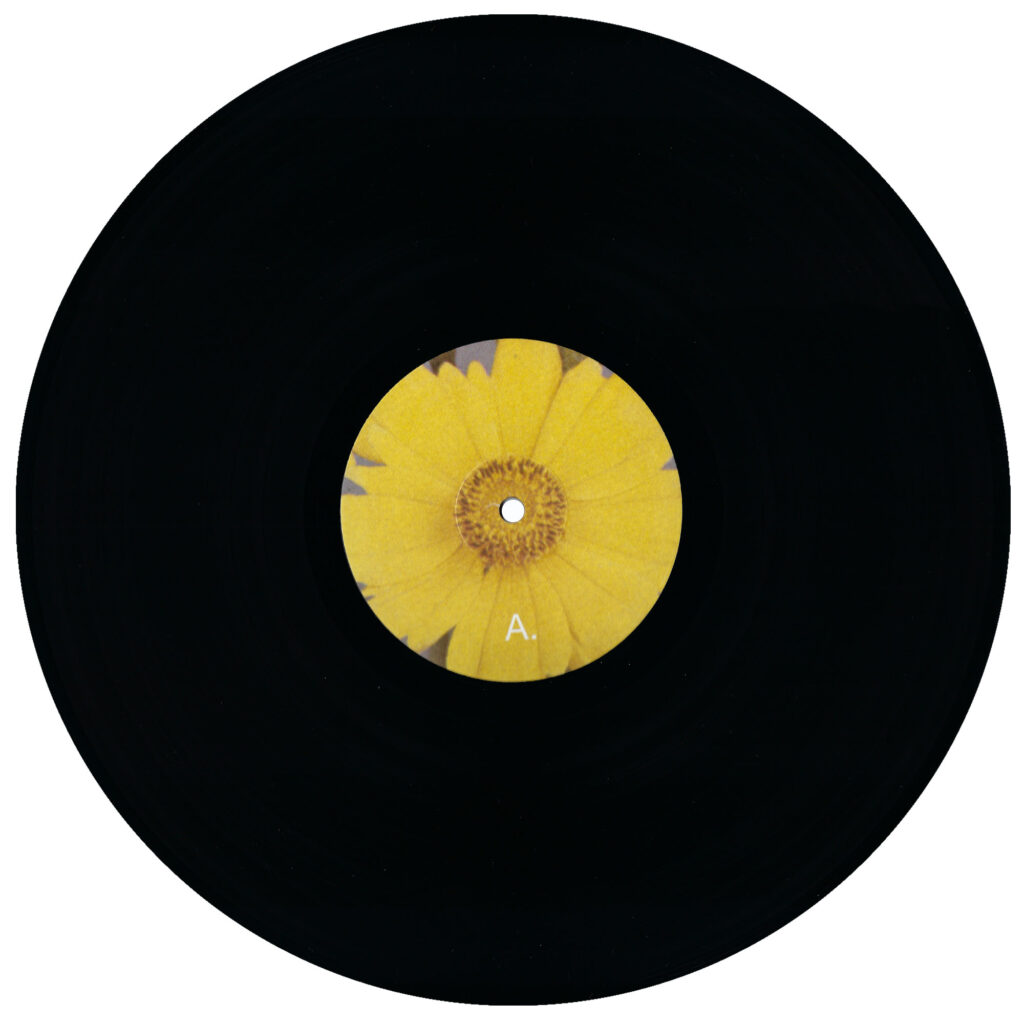 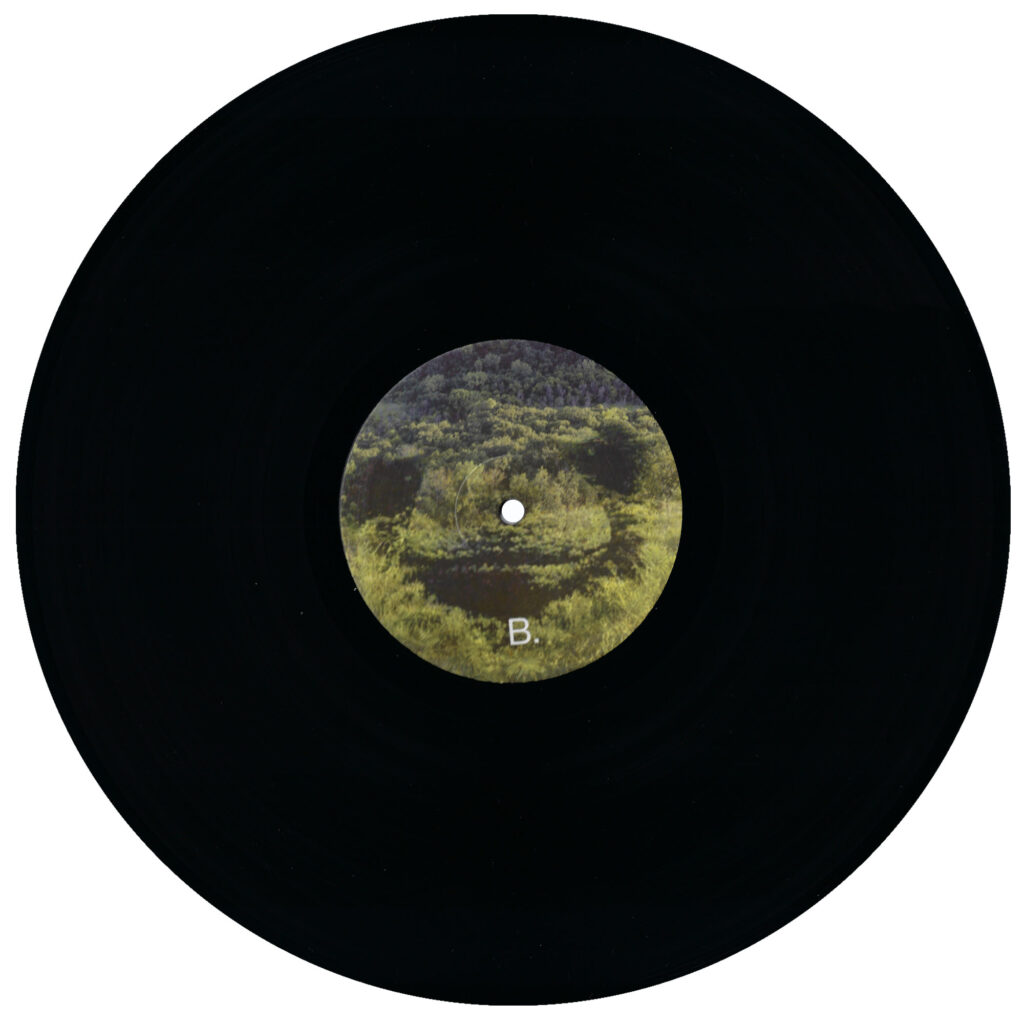