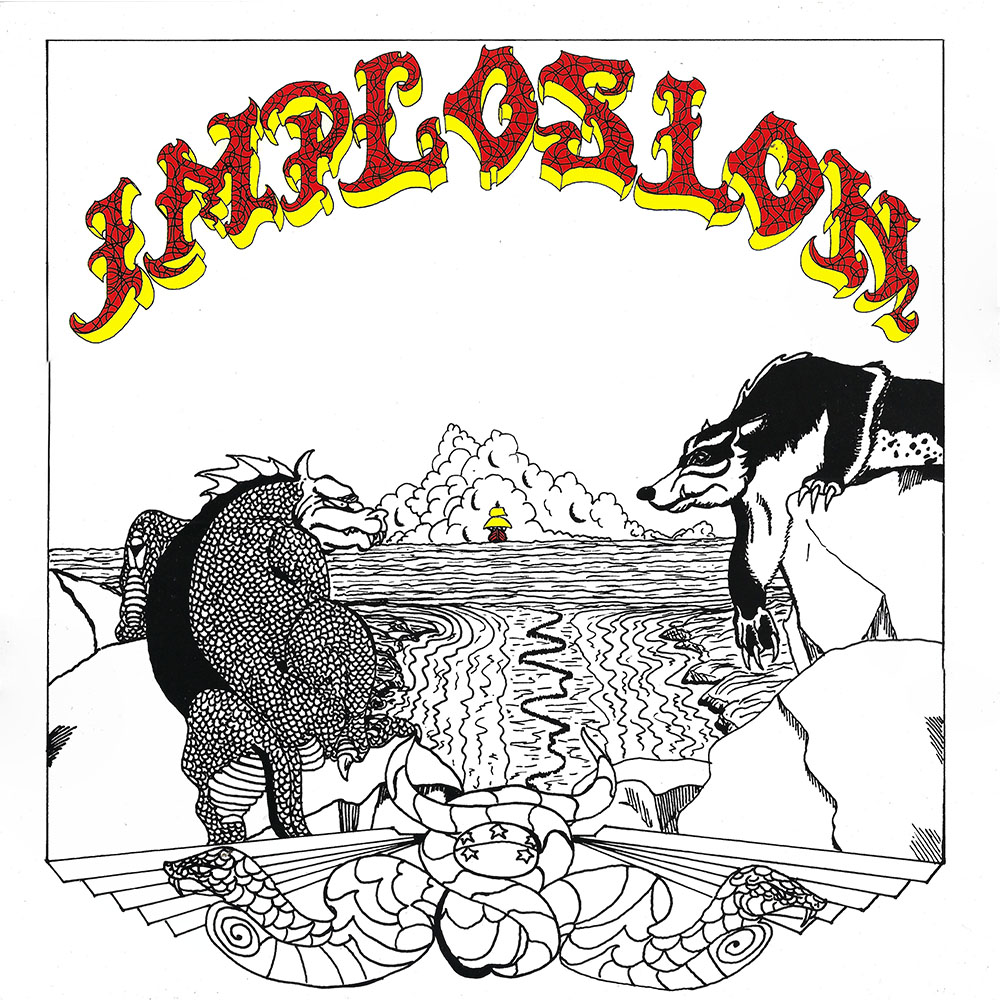 Implosion is a two-piece ensemble formed by self-taught musicians Gianni Rosati (guitars) and Stefano Focacci (keyboards, bass, drum machines). Driven by a very much independent approach, the duo recorded and produced the album entirely on their own using DIY home recording equipment. The five long tracks sound psychedelic and dreamy with a charmingly lo-fi aesthetic “made of killer, acid-leaking electronics.” The duo were apparently heavily inspired by early 70’s west coast psych and the Canterbury progressive rock scene, which makes sense, as the music sounds like it could’ve been released a decade earlier if not for the heavy drum machine use.

A1 Green Dawn
A2 6000 Miles From Home
A3 Watch Your Step
Colors Of The Mind
B1.a Mesmerized
B1.b Tossing And Turning
B1.c Overcast
B1.d The Twins
B1.e Spectres
B1.f Country Joy
B1.g Moonstruck
B1.h I Should Have Known
B1.i Epilogue
B2 End Of The Contest