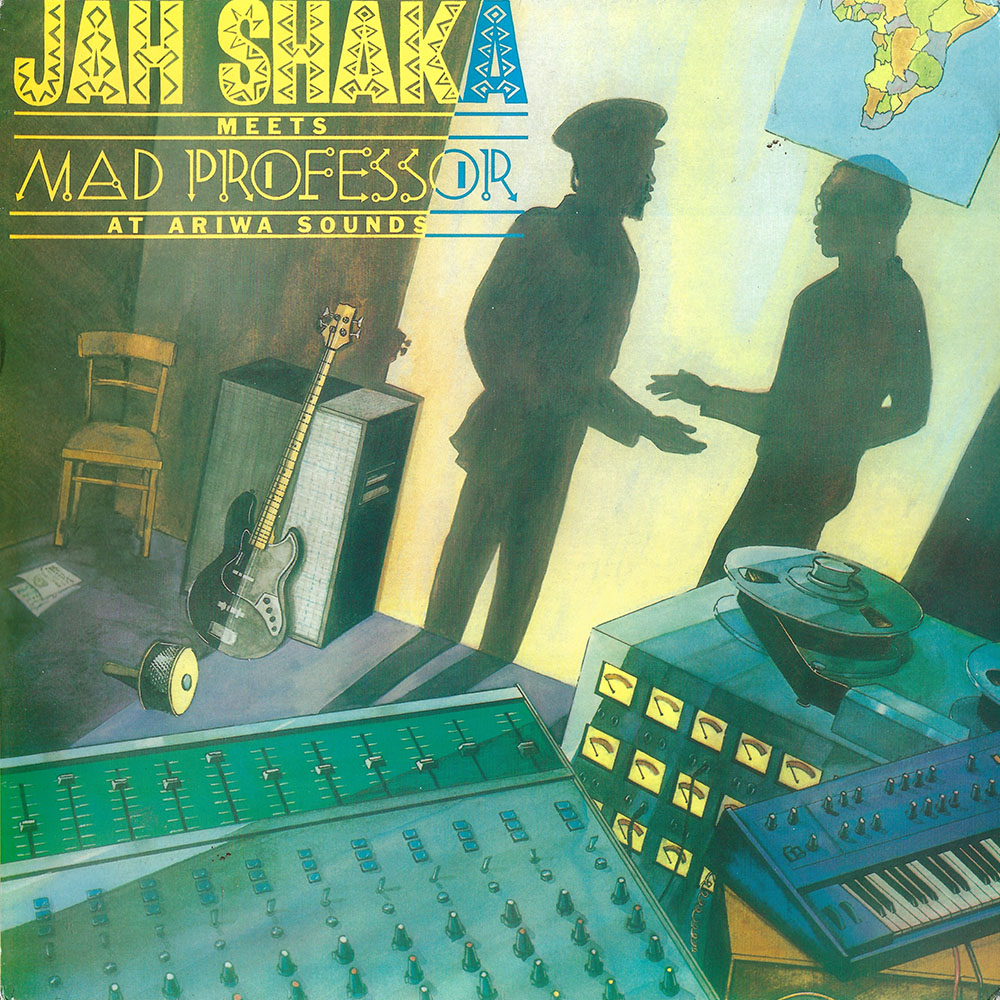 Two of the U.K.’s finest dub legends come together for a wicked combination album featuring the “Zulu Warrior” Jah Shaka on Side A and Ariwa Sounds boss Mad Professor on the B. The overall sound across both sides is dark, hypnotic, and pure roots with each producer approaching the dub in their own signature way. Shaka’s sound is heavy and deeply organic with stripped down grooves and percussion heavily featured, while Mad Professor manipulates the effects to discover new sounds with a masterful style that can be described as feedback experimentalism. All the tracks are great, but the standout might have to be B4 “People Of Yaruba” which has a deeply psychedelic vibe with Mad Professor’s digital echo creating a sort of rippling guitar effect that flows perfectly alongside the violin and steel drums.