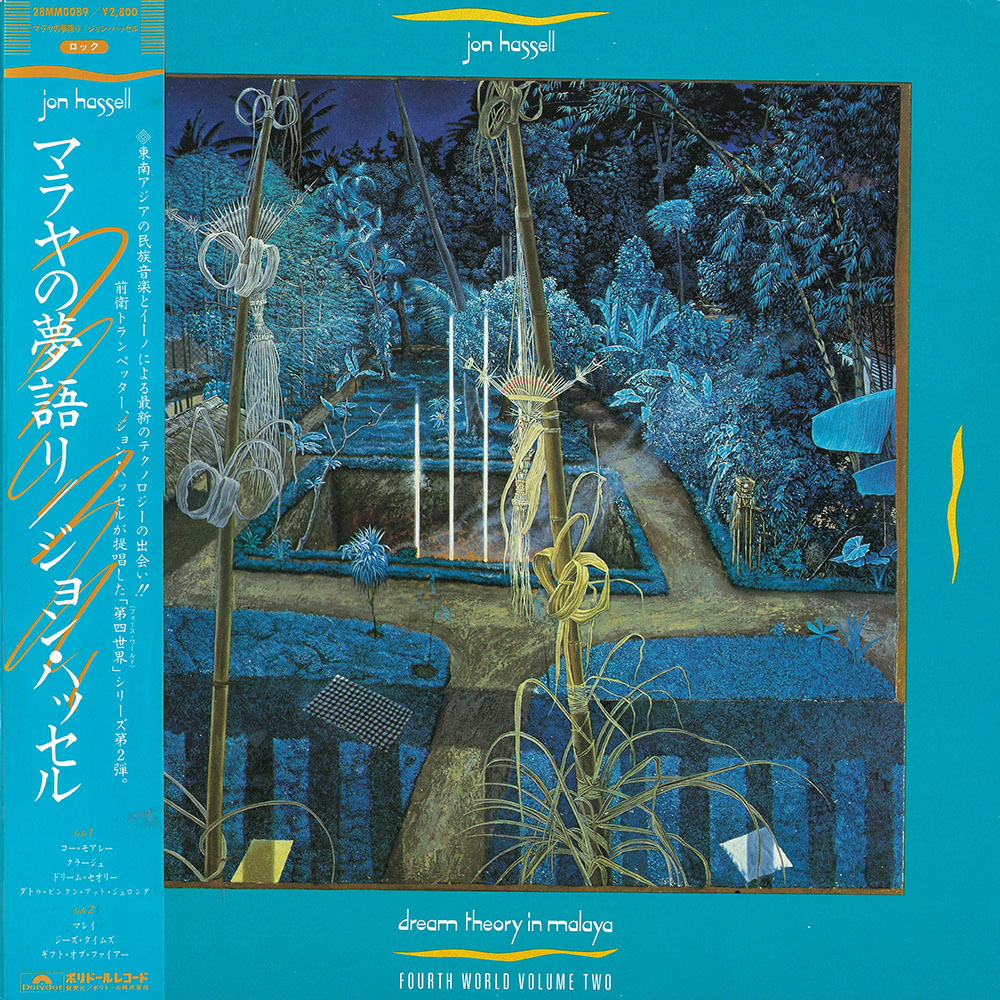 “Dream Theory In Malaya is titled after a paper by visionary anthropologist Kilton Stewart, who in 1935 visited a remarkable highland tribe of Malayan aborigines, the Senoi, whose happiness and well-being were linked to their morning custom of family dream-telling, where a child’s fearful dream of falling was praised as a gift to learn to fly the next night and where a dream-song or dance was taught to a neighbouring tribe to create a common bond beyond differences of custom. The Semelai are another tribe not far from the Senoi but who live in the largest swamp area of Malaya, A recorded fragment of their joy-filled watersplash rhythm was re-structured and became the the generating force for the composition Malay, as well as providing a thematic guide for the entire recording.”