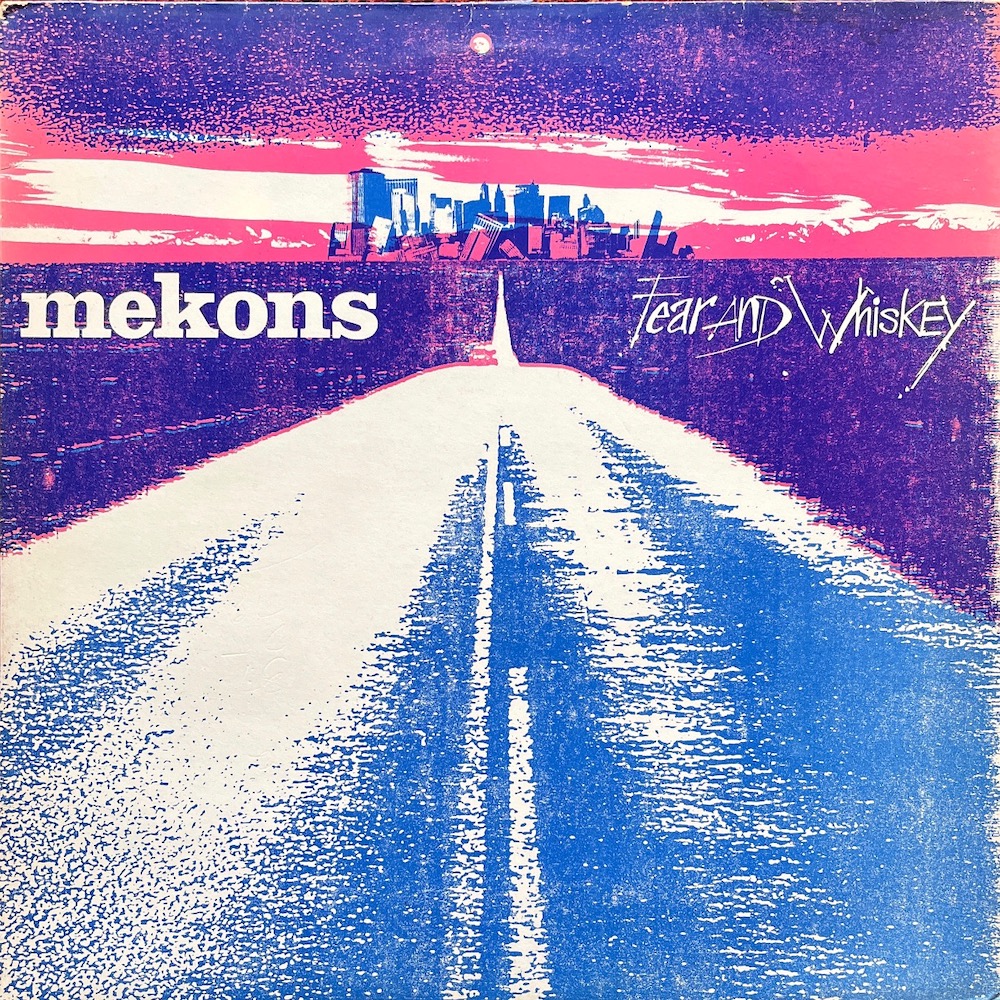 By the mid-1980s, the former punk band the Mekons had learned enough about the music machine to become completely alienated by it. They’d experimented with punk, minimalist synth music, and dub alongside their Leeds art school classmates in Gang of Four and Delta 5, and signed to, and were quickly dropped by, Virgin Records. “At that time – the drab post-punk/new romantic early ’80s – people were looking for other music and finding things elsewhere in reggae, African music, German electronics, folk music and country music,” Mekons co-founder Tom Greenhalgh explained. The Mekons absorbed all those influences and, while focused on the roots and country parts of it, added in synthetic and acoustic drums, heavy bass, violin, electric guitar and warbling, high-lonesome (oft off-key) wails. The result, “Fear and Whiskey,” dwells on darkness, doubt, dread, drunken spinning rooms, pessimism and regret. – Randall

A1. Chivalry
A2. Trouble Down South
A3. Hard to Be Human Again
A4. Darkness and Doubt
A5. Psycho Cupid (Danceband on the Edge of Time)

Rema-Rema – Wheel in the Roses