Zummo With an X is the debut album of Peter Zummo, a multi-instrumentalist and frequent collaborator/friend of the great Arthur Russell. Zummo’s playing can be heard on some of Russell’s most classic records such as Dinosaur L’s “Go Bang #5” and “The Platform on the Ocean.” Russell in turn plays cello on this album. The A side of “Zummo with an X” is made up of repetitive exercises in intervals with each player going in and out of phase. The clear highlight here though is the sublime “Song IV” which takes up the entirety of the B side. The meditative 20-minute long piece features Zummo practically speaking into his trumpet, weaving perfectly between Russell’s cello and characteristic deep whispered vocals, with Bill Ruyle on tablas bringing a light Eastern vibe.

Instruments (1980)
A1 I. Half Steps
A2 II. Sixths
A3 III. Whole Steps
A4 IV. Sevenths
A5 V. Chromatic Fourths
A6 VI. Unisons
A7 VII. Four Notes, Large Intervals
From The Suite, Six Songs
B Song IV 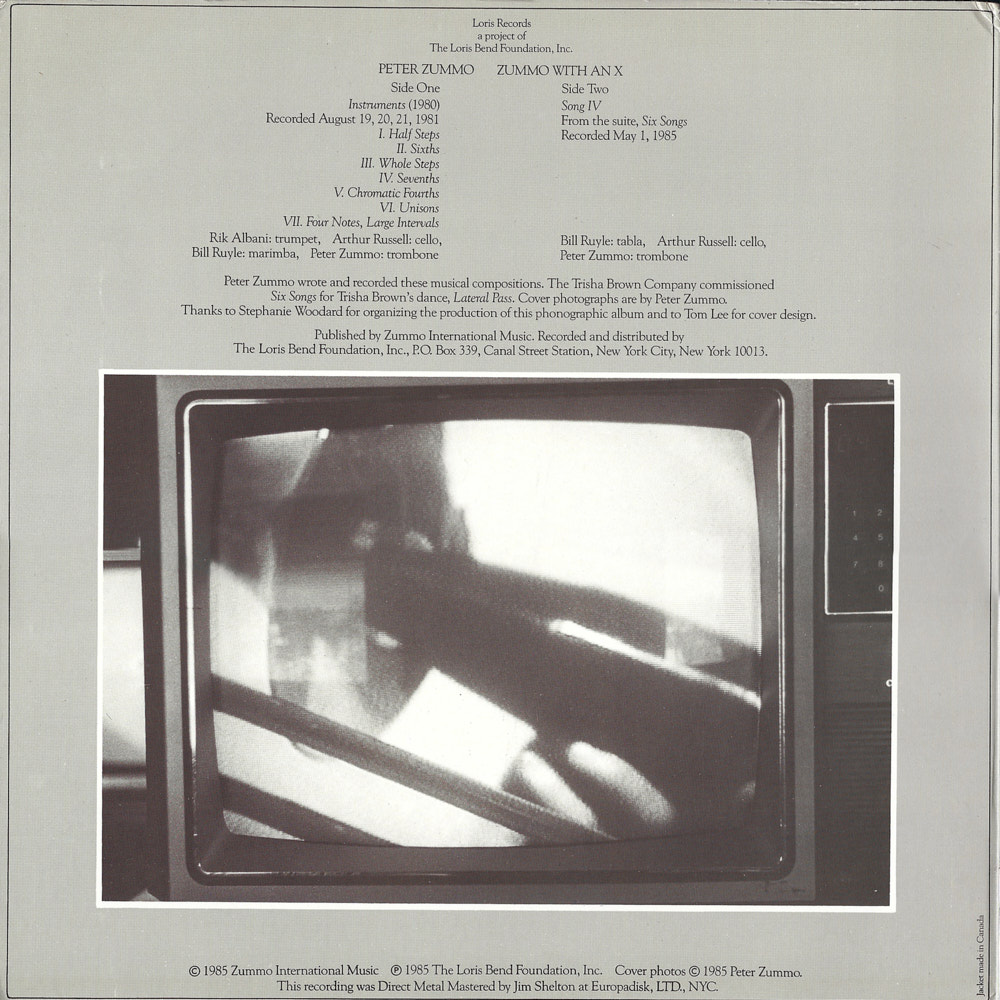 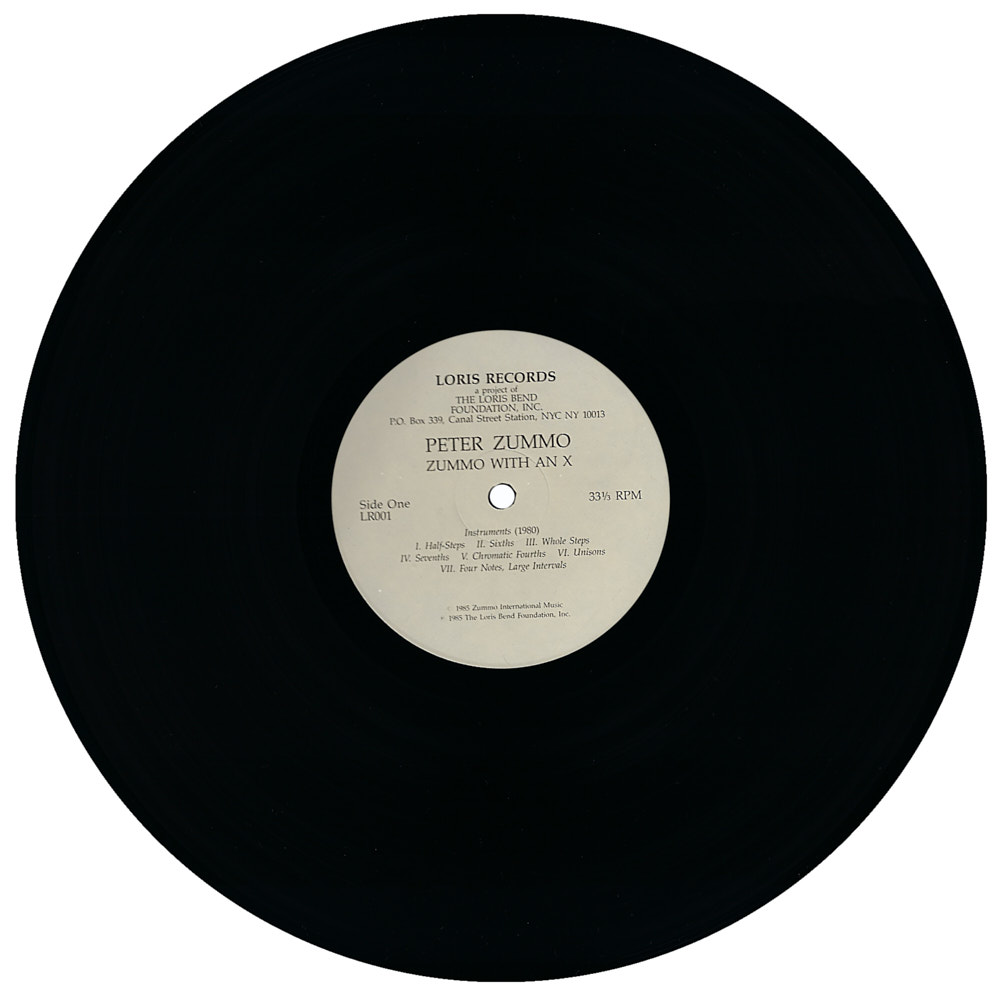 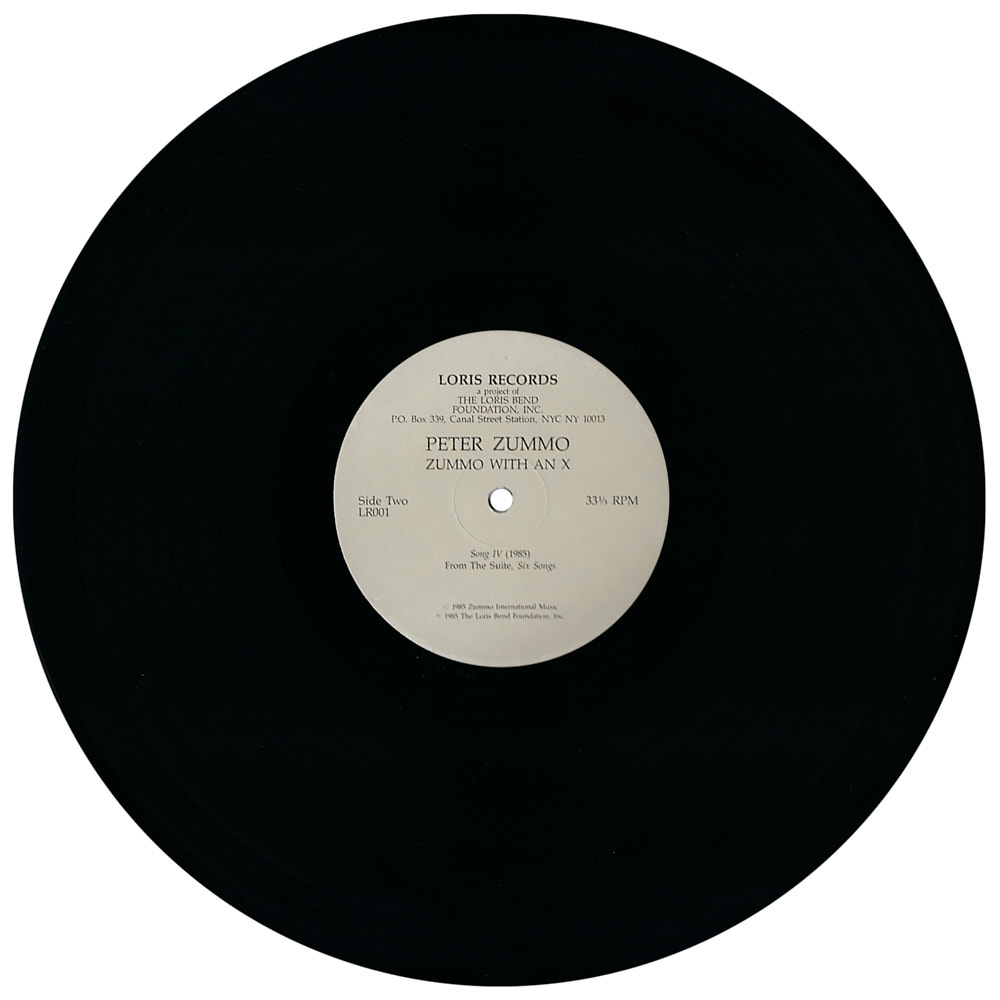