Sensations’ Fix is the brainchild of Italian musician Franco Falsini. In the sixties, Falsini developed his musical chops playing in a beat style band in Florence before moving to London for a year to continue his musical pursuits. Upon returning to Florence, Falsini fell in love with an American woman and moved to Virginia with her in 1969. In Virginia, Falsini acquired a 4 track tape recorder and a Minimoog, and Sensations’ Fix was born. Recording in his basement, jamming and experimenting for hours a day, Falsini cut a demo tape that got into the hands of Polydor Records, who surprisingly offered Falsini a contract and released the home recordings as Sensations’ Fix debut album. Fragments of Light is a beautifully fluid slice of space rock with lush synth arrangements and psychedelic guitar riffs. Less jarring than the other Italian prog bands of the 70s, Sensations’ Fix sound is more akin to space rock groups like Hawkwind and the Kosmische groups of Germany at the time, but Falsini’s sound is all his own – like a voyage through the unknown with the comfort of a trusted guide, otherworldly yet familiar at the same time.

Recommended: A3 Music is Painting in the Air, A5 Space Energy Age, B3 Do You Love Me

A1 Fragments Of Light
A2 Nuclear War In Your Brain
A3 Music Is Painting In The Air
A4 Windopax And The Stone Sender
A5 Space Energy Age
A6 Metafel + Mafalac
B1 Space Closure
B2 Music Without Gravity
B3 Do You Love Me?
B4 Life Beyond The Darkness
B5 Telepathic Children 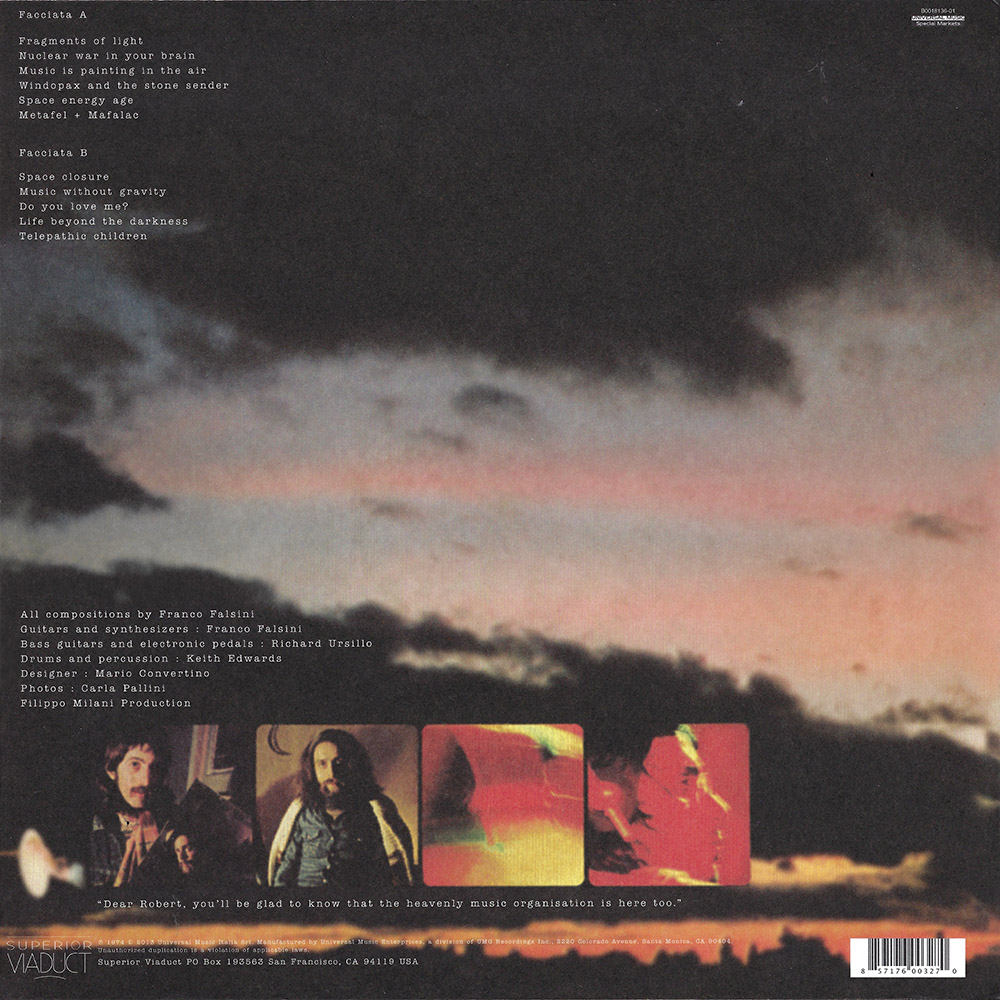 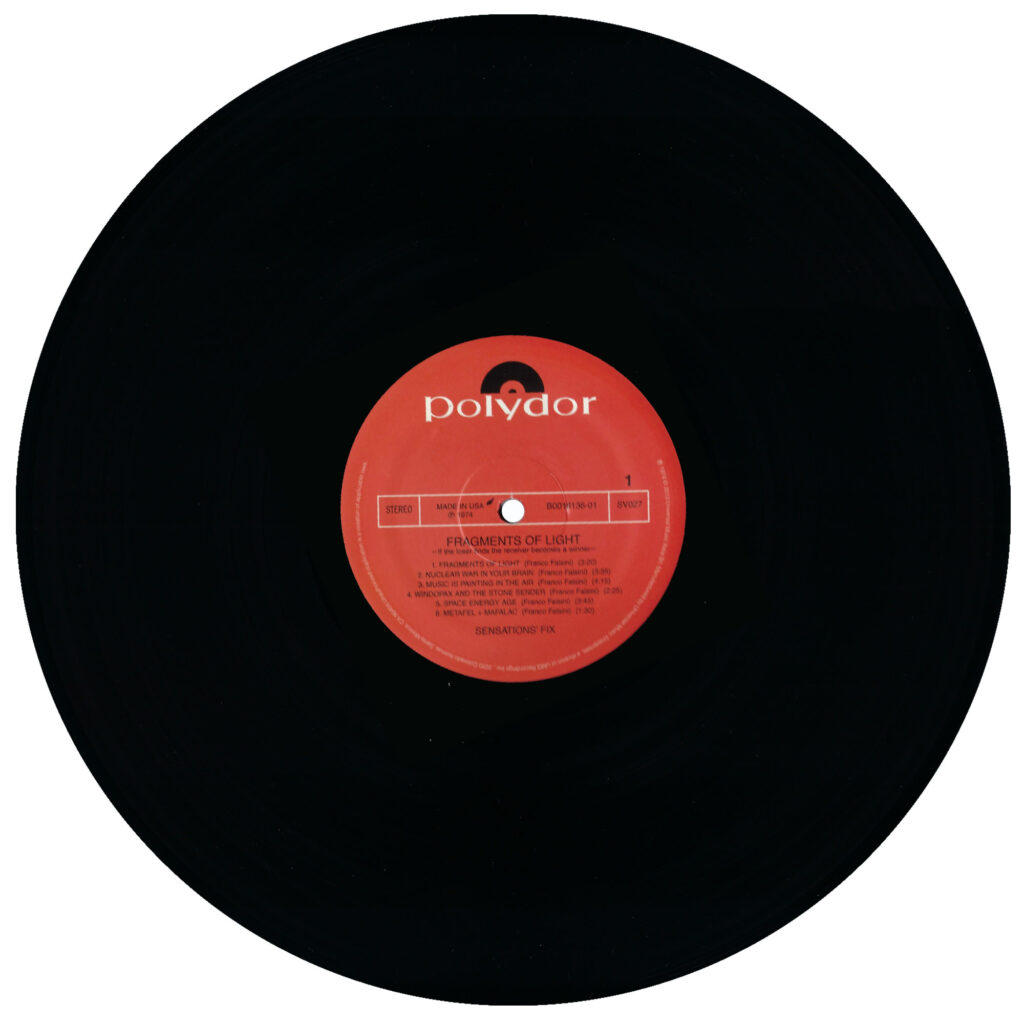 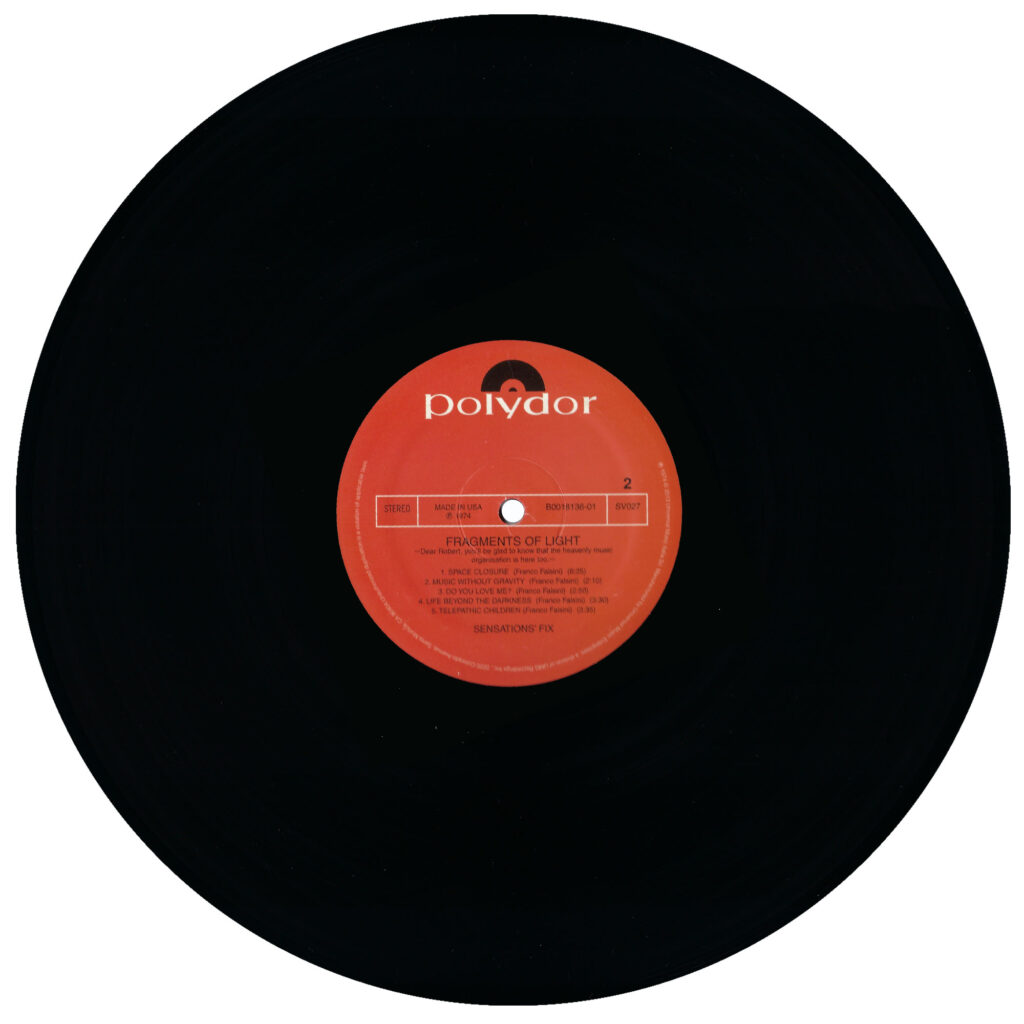