Revisit one of the all-time great late night music programs produced by Hal Willner. For two years starting at the end of the 1980s, the producer and musical […] 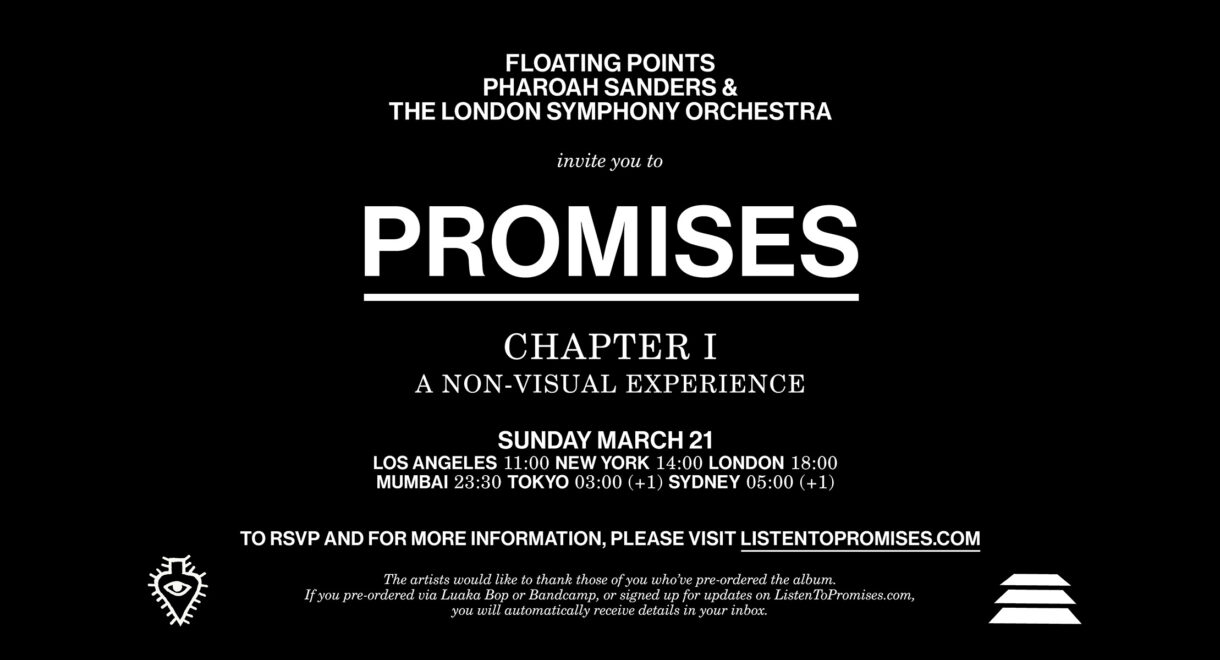 Listen to a historic collaboration between Floating Points and Pharoah Sanders this Sunday, March 21

Promises: Chapter I, a non-visual experience, has been announced for 11AM PT on Sunday, March 21. Five years in the making, Promises is a historic collaboration between electronic musician and […]