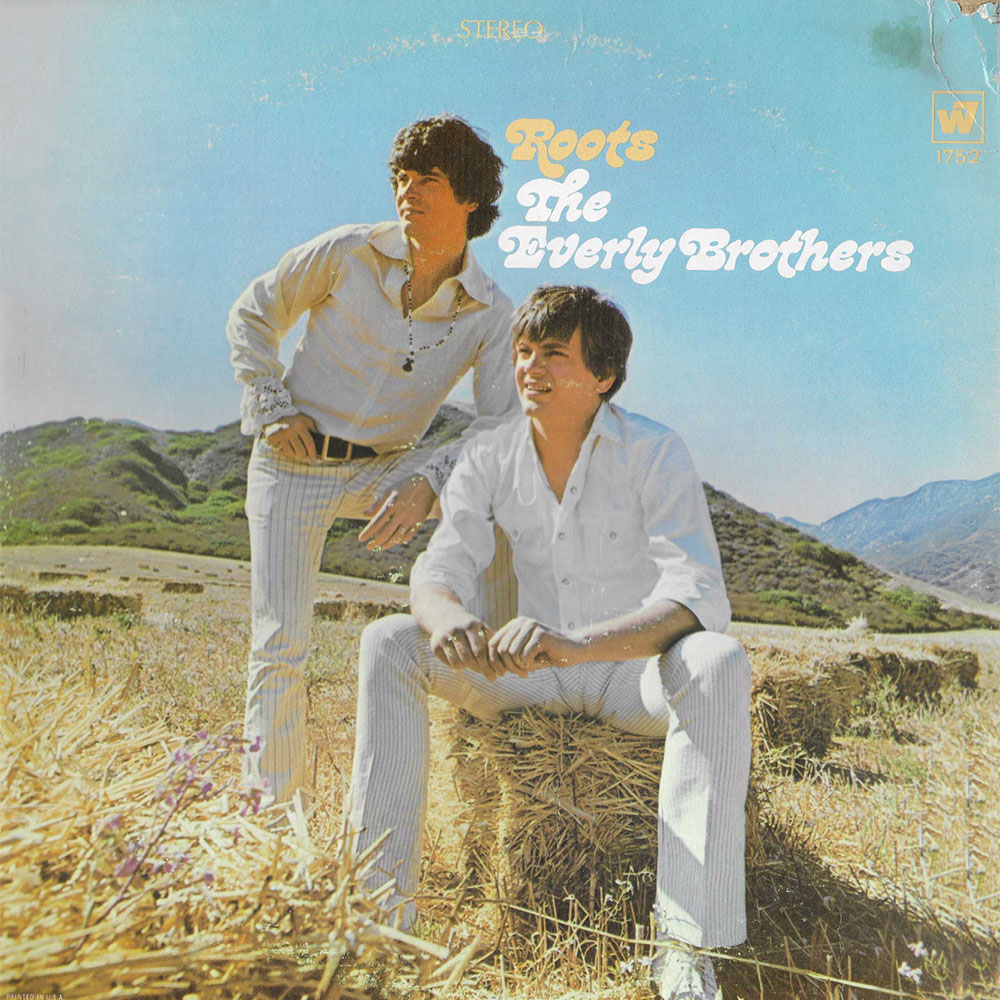 In 1968, the Everly Brothers had nothing to lose, at least as pop artists. They hadn’t charted in three years, hadn’t been in the Top 10 for a decade. Formerly a pair of hit-making, high pompadoured brothers whose blood harmonies cascaded through songs like “Wake Up Little Susie” and “Cathy’s Clown,” during the Summer of Love the Everlys had become a cultural afterthought.

But not to Warner Bros. producer and soon-to-be president Lenny Waronker. Then busy working out of Warner Bros.’ Burbank offices on debut solo albums from Van Dyke Parks and Randy Newman, Waronker teamed with brothers Phil and Don in a Los Angeles studio to make a totally grooving country rock record. They did so a year before the Flying Burrito Brothers released Gilded Palace of Sin, considered the gold standard for L.A. country rock. Listen to Roots. It has better songs and just as much amphetamine energy.

The Bros.’ version of Merle Haggard’s “Mama Tried” seems to skitter with excitement. Their version of a young Randy Newman’s “Illinois” glides along as they sing of “clean Prairie winds” that “blow from Rockford to Cairo / Over the cornfields that gleam in the sun.”

But when it slows down, things get as grim as a blood-soaked nudie suit. The brothers rework “I Wonder If I Care As Much,” a song they first released in 1958, and you can hear the decade’s wear and tear. Don’s still bemoaning lost nights weeping over his lover’s betrayal, but he seems more … sick and tired of it all.

My heart can’t thrive on misery
My life, it has no destiny
When things get more than I can bear
I ask myself, ‘Do I still care?’

The song crawls along as if drenched in cough syrup, with arrangements accented with psychedelia. Roots was recorded just after the Beatles “Sgt. Pepper” dropped, so Waronker and the brothers couldn’t help but toss in a few muted trumpets and trippy strings. They also created a few kinda-sorta suites through quick-edit segues between songs.

Unlike the Beatles’ art-rock record, though, the central conceit isn’t an imaginary brass band, but familial ties: the album is bookended with recordings from the early 1950s of Don and Phil, then in their teens, hanging with their parents, on the cusp of fame but not yet there. That rear-view glimpse tints the entire enterprise with an idyllic nature, one born of blood and bond.

Recommended – A5 I Wonder If I Care as Much, B1 Illinois, B2 Living Too Close to the Ground 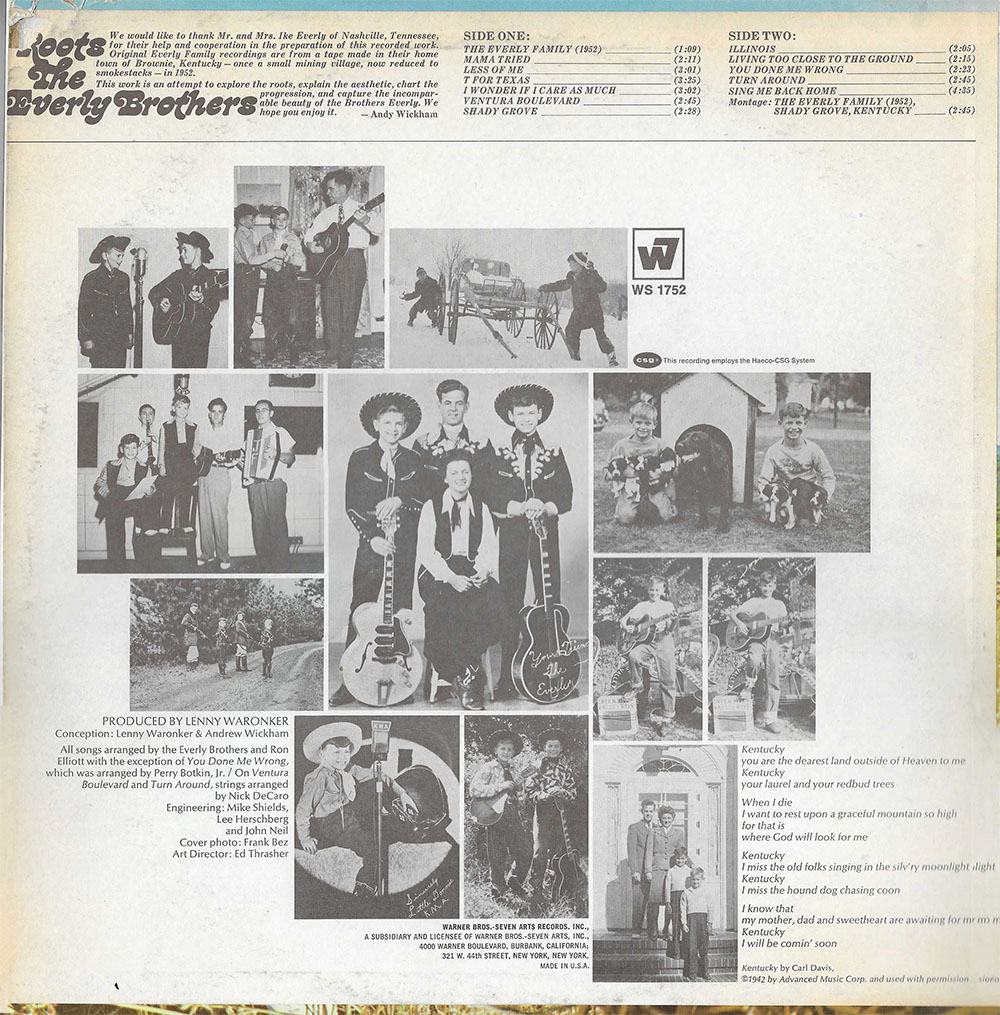 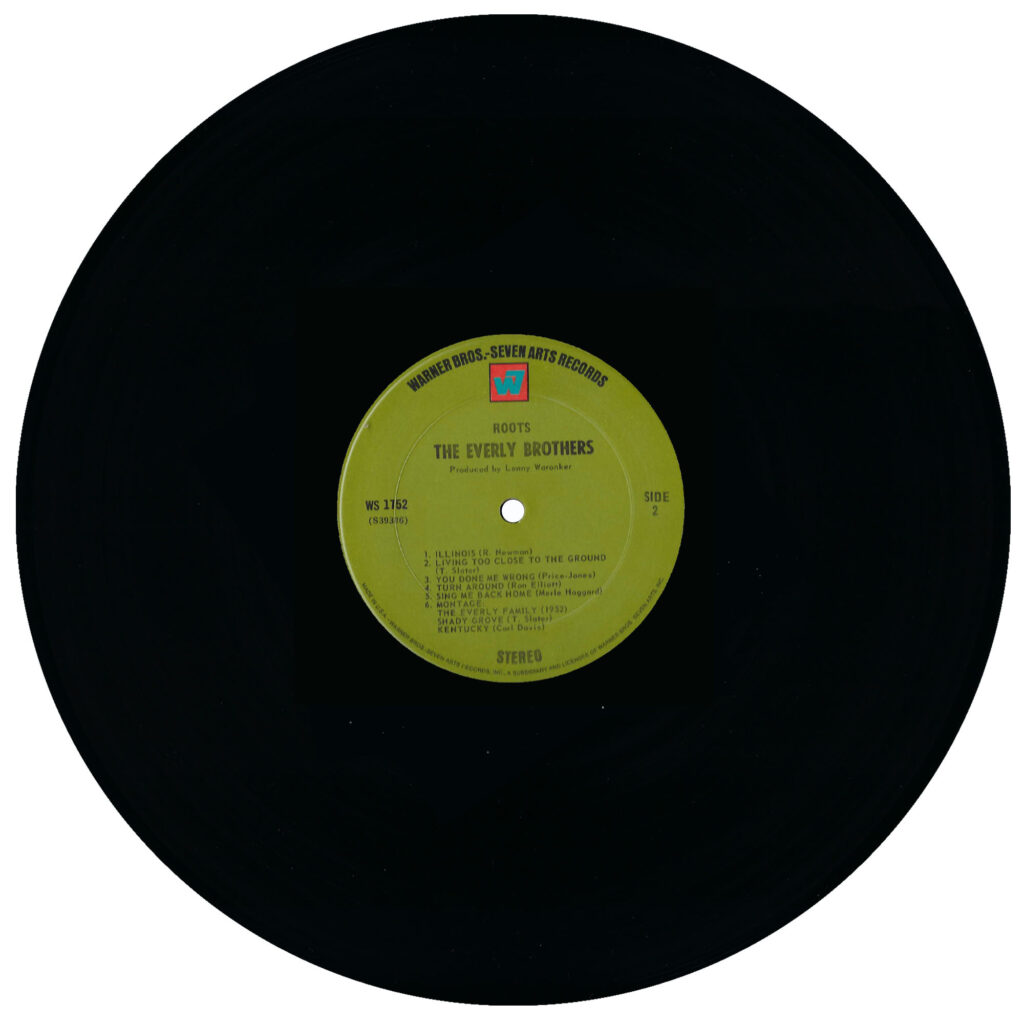 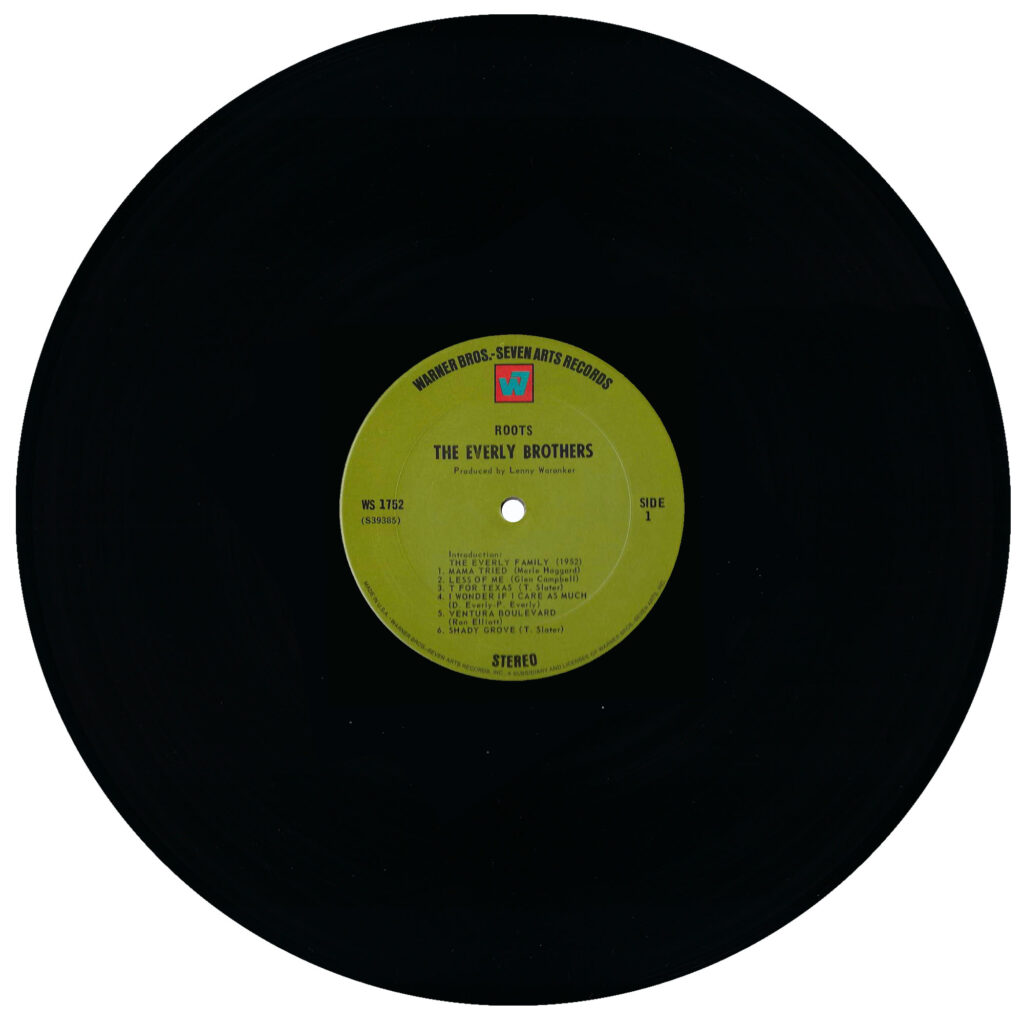