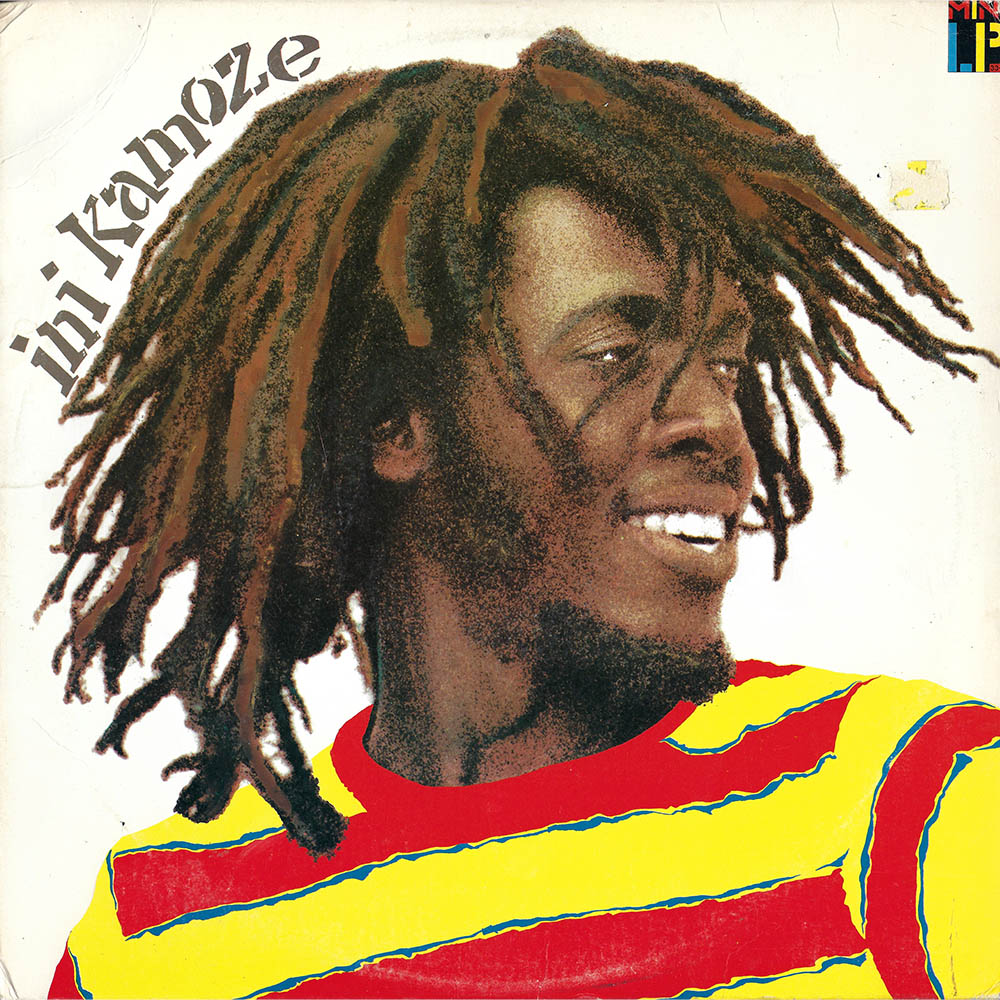 You may not have heard the name Ini Kamoze before, but there’s a good chance you’ve heard his voice. The refrain “Out in the street, they call it murder…. when riddim spacing out ya head…” from “World-A-Music” on Kamoze’s self-titled debut has been sampled in countless drum and bass and dubstep tracks over the years. The bio provided on the album’s liner notes tells the story of an artist destined for greatness. “He started singing from the minute he was born (while other babies cry)… pencil slim, freed, singled, and disentangled, a six foot vegetarian…” Although Kamoze would never reach the heights of those that sampled his music, his debut album is truly one to behold. Recorded and produced with the legendary rhythm duo Sly & Robbie at Channel One Studios, the album contains six of the toughest reggae tracks ever recorded. Sly himself described the original demo tapes as “the wickedest thing since Bob Marley…” Essential for any reggae fan and a good entry point as well for those looking to get into the genre. 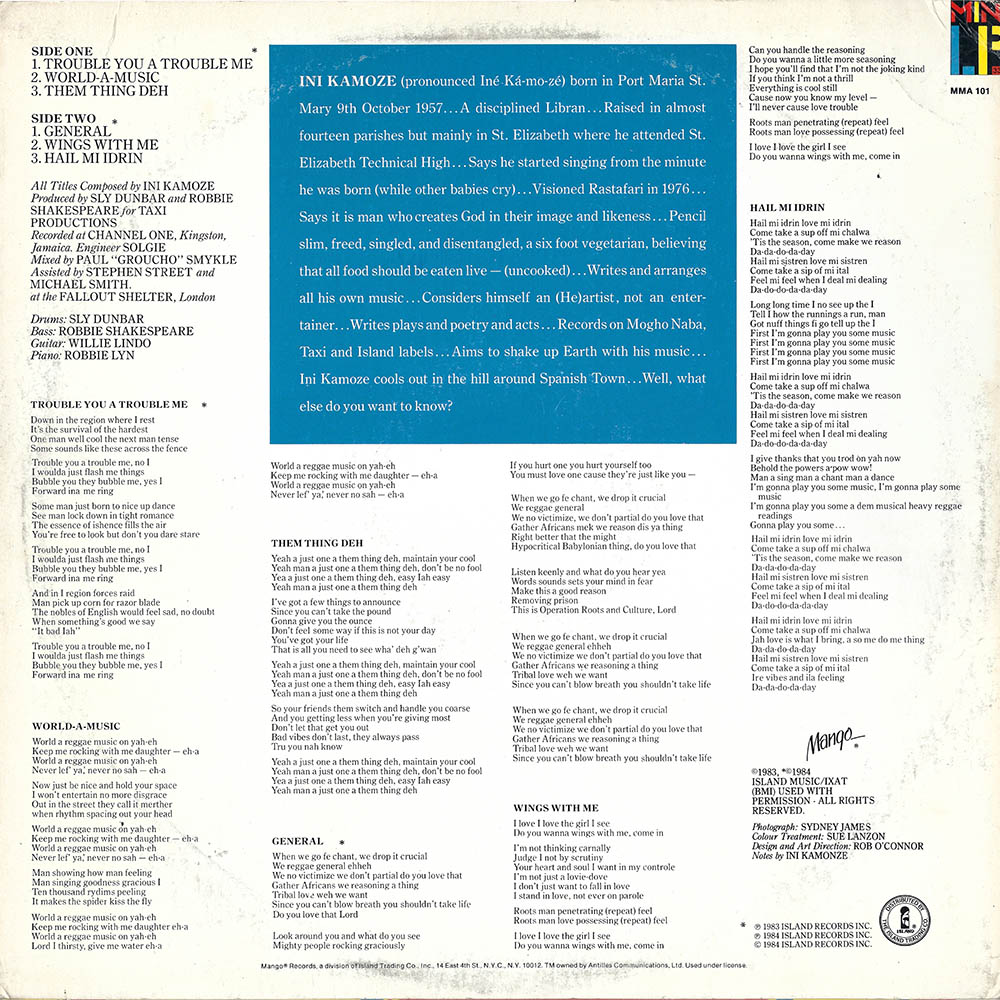 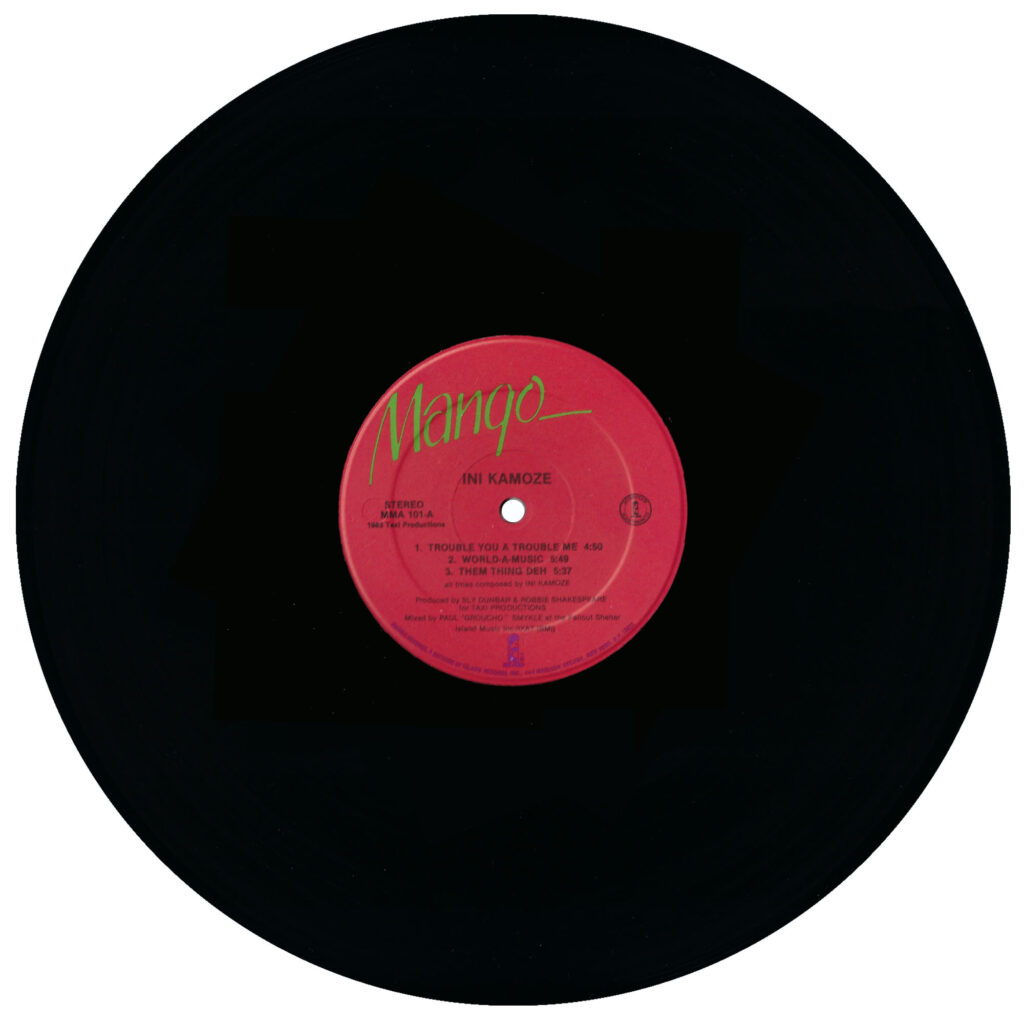 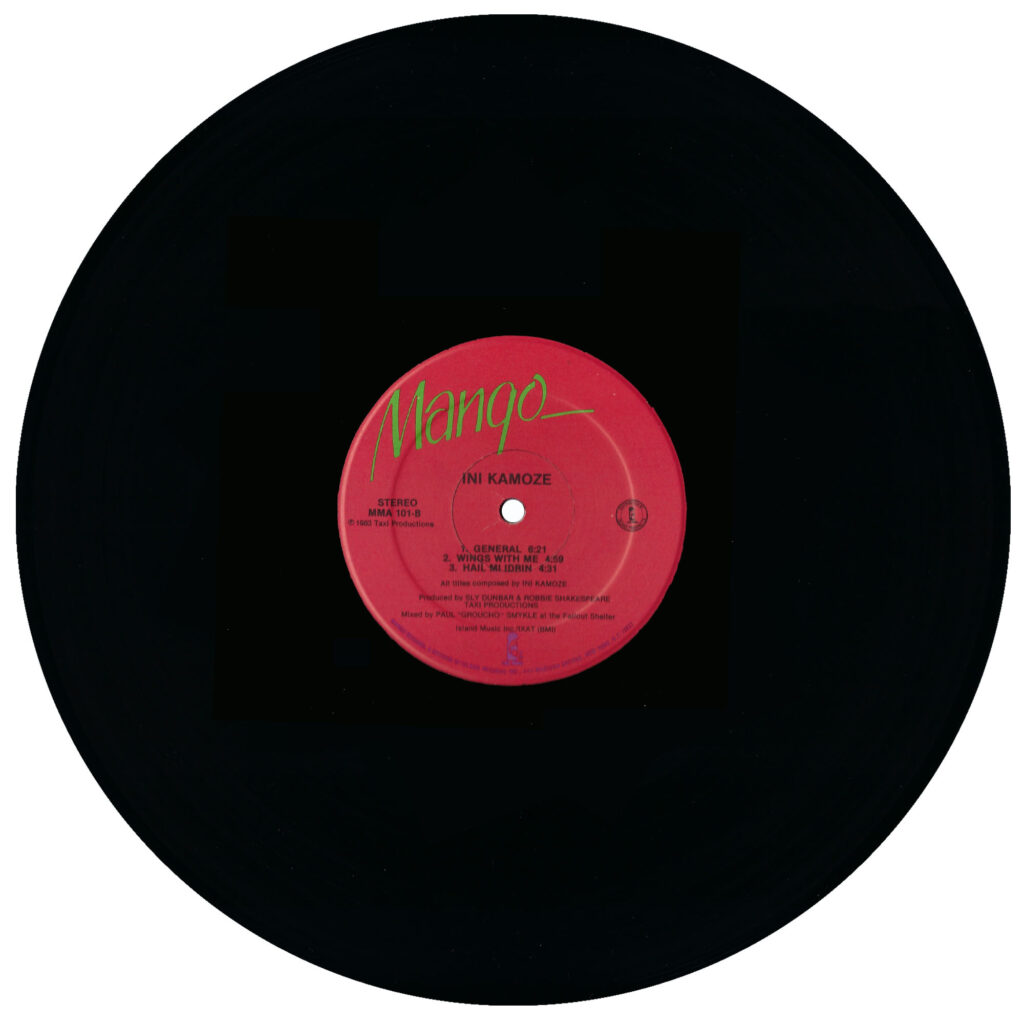